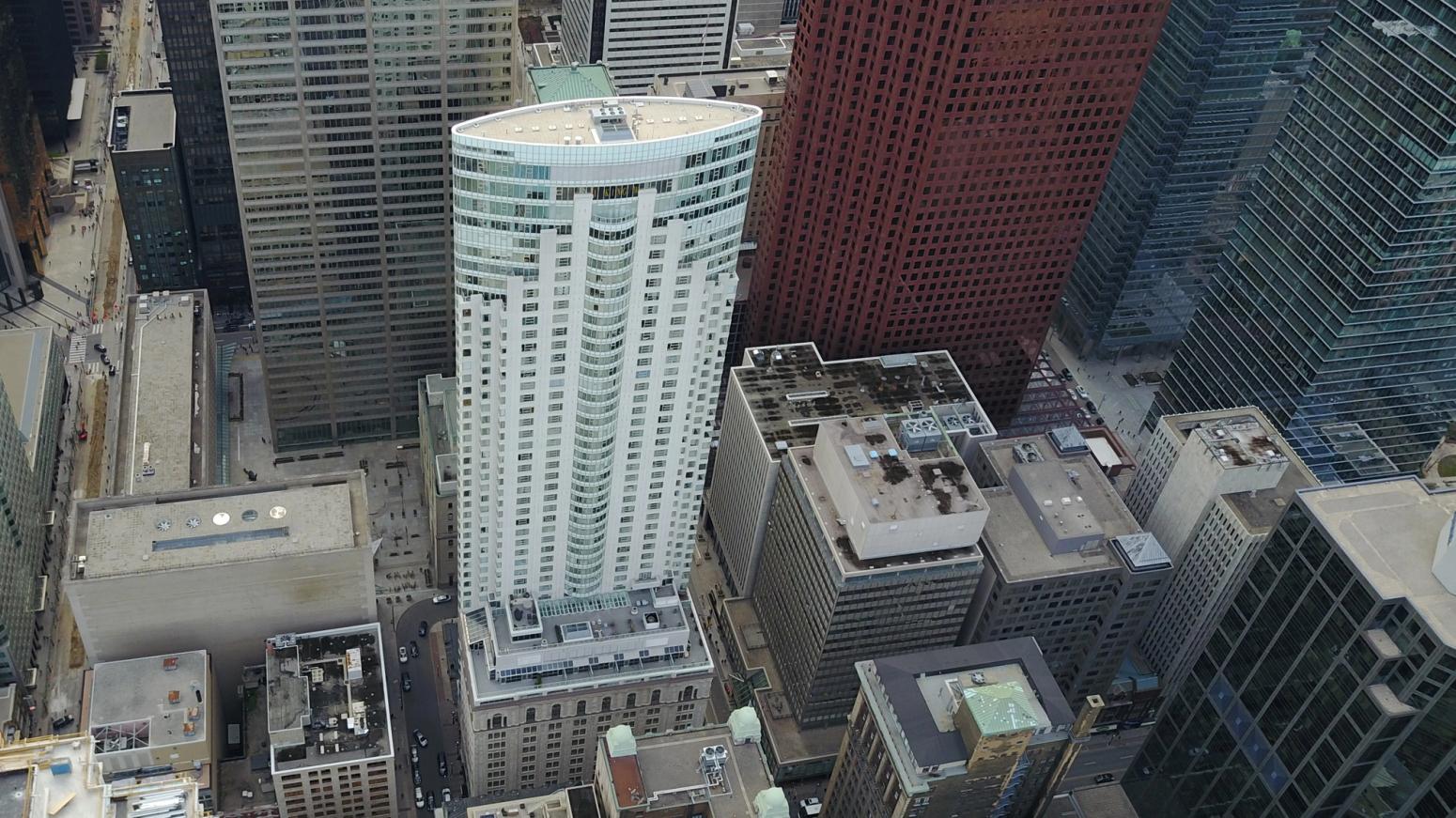 Developers Harry Stinson and David Mirvish retained EllisDon as Construction Manager for a unique condominium project on the southwest corner of Yonge Street and King Street in downtown Toronto. 1 King West Condominiums is comprised of four components described below. The team restored a 1913 Dominion Bank Building and created approximately 200 residential suites (with 11 to 12 foot ceilings), a two-storey penthouse addition, incorporating a small number of customized townhouses with terraces, and a “rainforest atrium garden,” containing a lap pool and health club. A new 50-storey, 330-suite skyscraper tower was integrated into the west half of the bank building. The skyscraper included a private restaurant/lounge and business center for residents on levels 12 and 13, formerly a baronial bank boardroom, and an elegant and intimate theatre/concert hall, formerly a spectacular, block long banking hall on the mezzanine level. Precautions were taken during early demolition to ensure that historic finishes in the hall were not punctured or damaged. The original private safety deposit boxes and security vault, resembling a fortress, provided specialsecure storage for art, jewelry and other valuables belonging to the condominium occupants. A unique structural feature, addressed by EllisDon staff, was the concrete base for a 465 square meter, roof-top mass damper that reacts to sudden bursts of wind and minimizes building sway. This water ballast damper is comprised of ten compartments of water that move in the opposite direction of the building.