The two-kilometer long Blue Water Bridge is a major Canada-U.S. border crossing connecting Port Huron, Michigan and Sarnia, Ontario. The level of traffic over the bridge necessitated construction of a second bridge to effectively double capacity. EllisDon’s first contract was for the construction of the approach span on the Ontario side of the border and took place simultaneously with the construction of the Main Span and the Michigan Approach Span.
EllisDon’s contract involved the construction of a 15 span, 550-meter, elevated approach consisting of four steel box girder spans and ten three-box girder spans together with a 160-meter approach ramp and associated works. The elevated section is supported by 13 concrete “hammer head” piers, built on 432 straight and angled piles. This project involved a jacking plan to offset anticipated movement in the existing bridge caused by the placing of pre-consolidated fill for the construction of the new ramp. Hydraulic jacks supported the bridge during the period of movement. EllisDon also set-up an on-site pre-casting operation to produce the 30 concrete box girders required for the project. 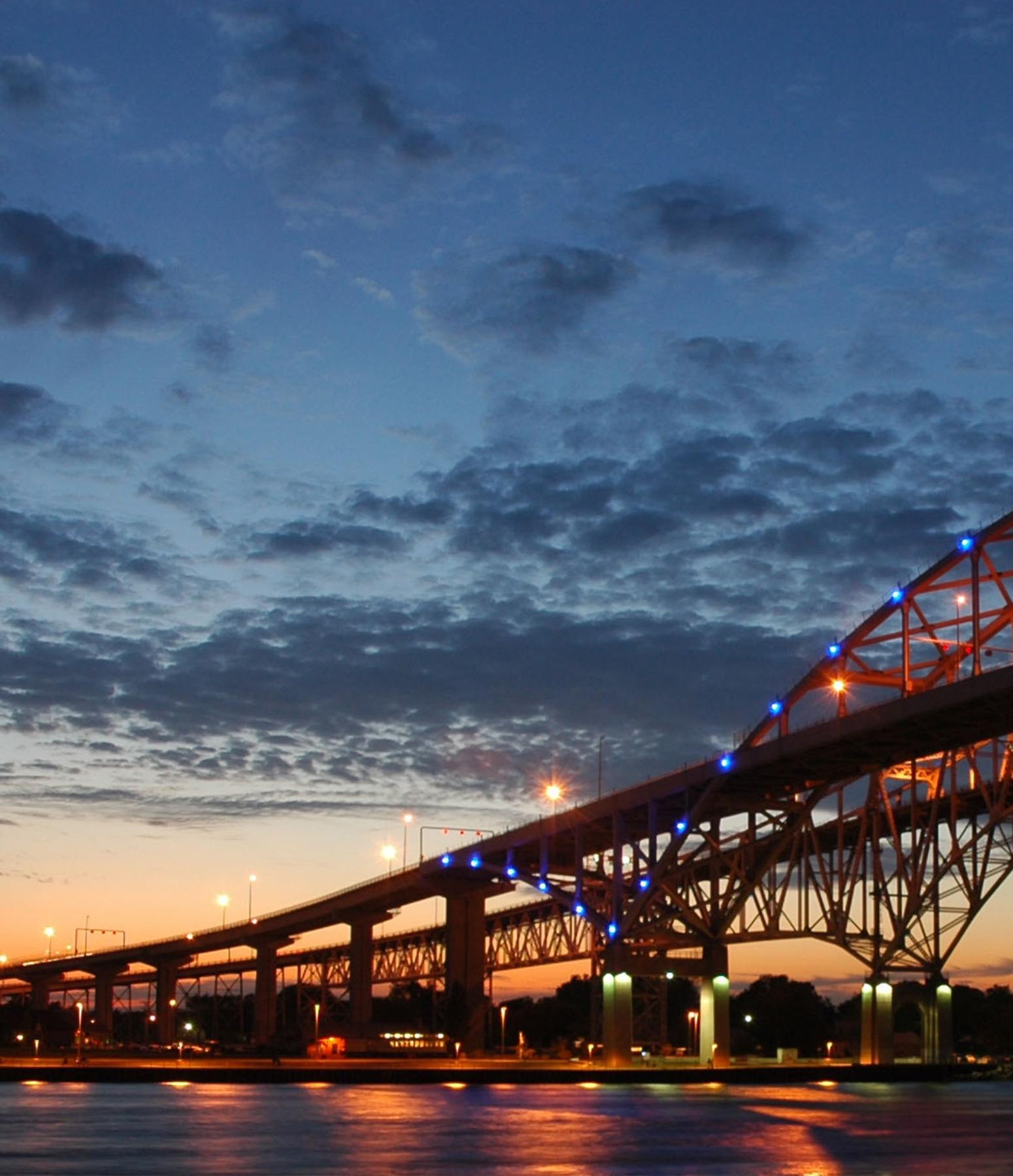 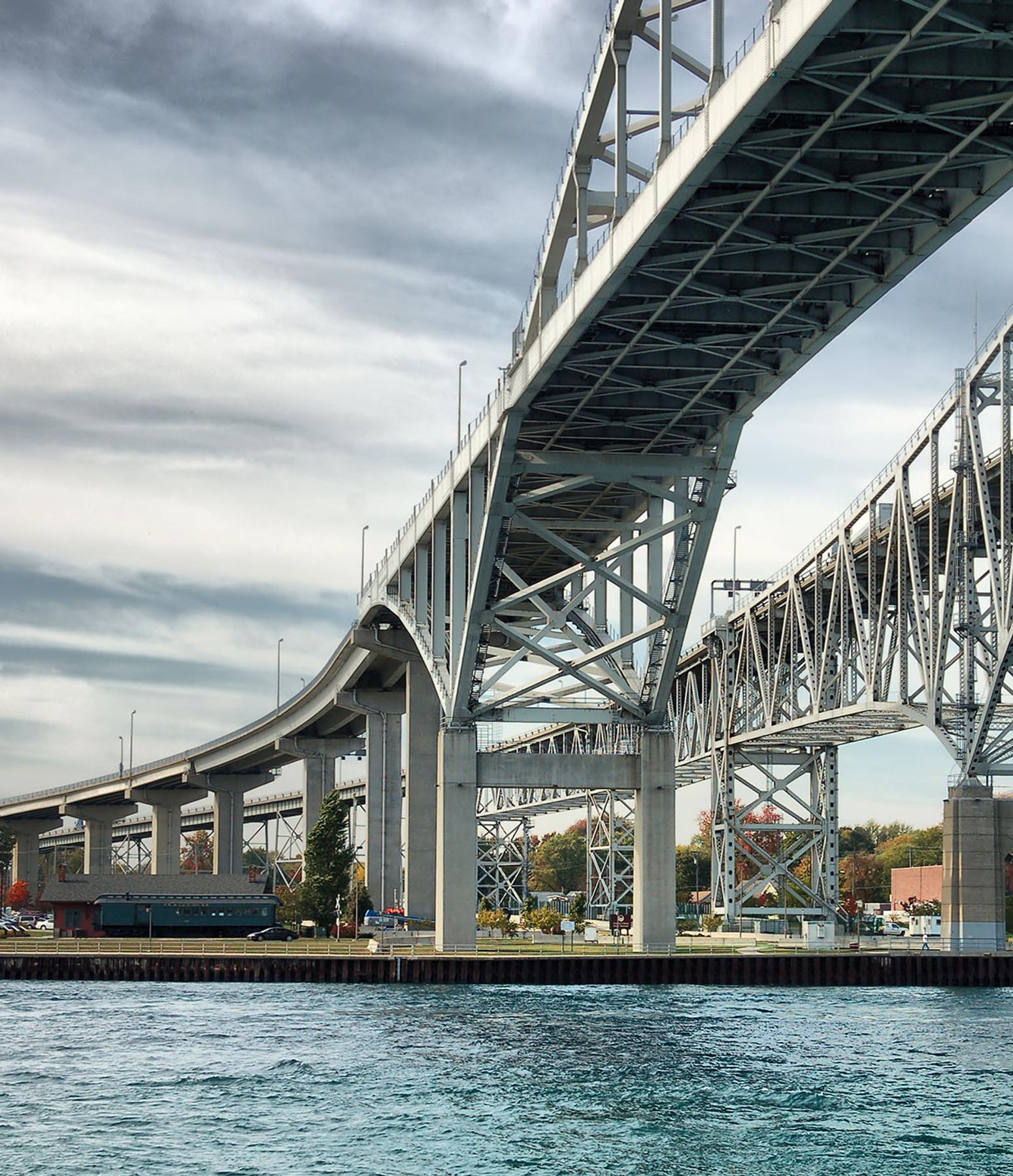 The goal was to execute the project from both sides of the river and meet in the middle. EllisDon completed the Canada portion two months ahead of the US construction team and assisted the US construction team to complete their portion of the project. EllisDon’s second contract involved the rehabilitation of the existing bridge. EllisDon was responsible for the removal of approximately 102,000 square feet of existing reinforced concrete deck and 15,000 square feet of existing concrete filled grid deck, the replacement of approximately 102,000 square feet of new reinforced concrete deck and 16,000 square feet of new concrete filled grid deck. The span was originally designed for two lanes of traffic with sidewalks running parallel. So, additional structure was added to allow the bridge to support three traffic lanes. Also involved was the reinforcement of the majority of the existing steel floor beams, replacement of approximately 150 steel stringers, reinforcement of approximately 30 existing steel towers, complete painting of main span trusses and a portion of one approach span truss, electrical services, construction of a new pile supported abutment, completion of a new approach fill, deck waterproofing, asphalt paving of the rehabilitated bridge and approach, signing and ancillary works.