This project is one of the major grade separations for Metrolinx’s Georgetown South Project. With the three-staged construction of almost two kilometers of retaining walls, the rail corridor was lowered from Bathurst Street to King Street West; the lowest point being lowered eight metres. The Strachan Avenue overpass was constructed to accommodate two traffic lanes, sidewalks, and two bike lanes, and was raised above grade to pass over the rail corridor. The lowering of the rail corridor also necessitated the relocation of a number of utilities and services, including a large storm sewer, which was constructed with a tunnel boring machine. 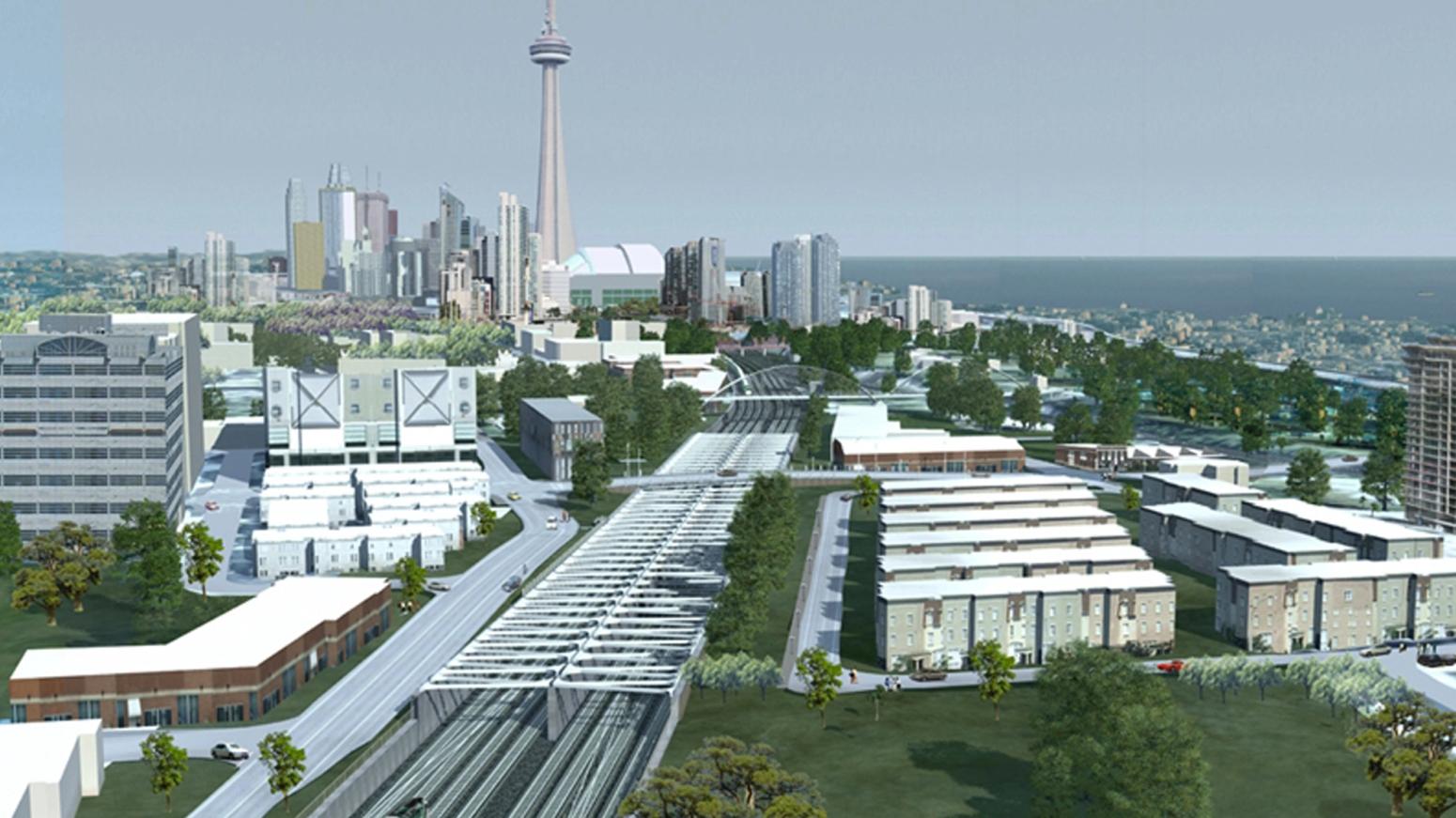 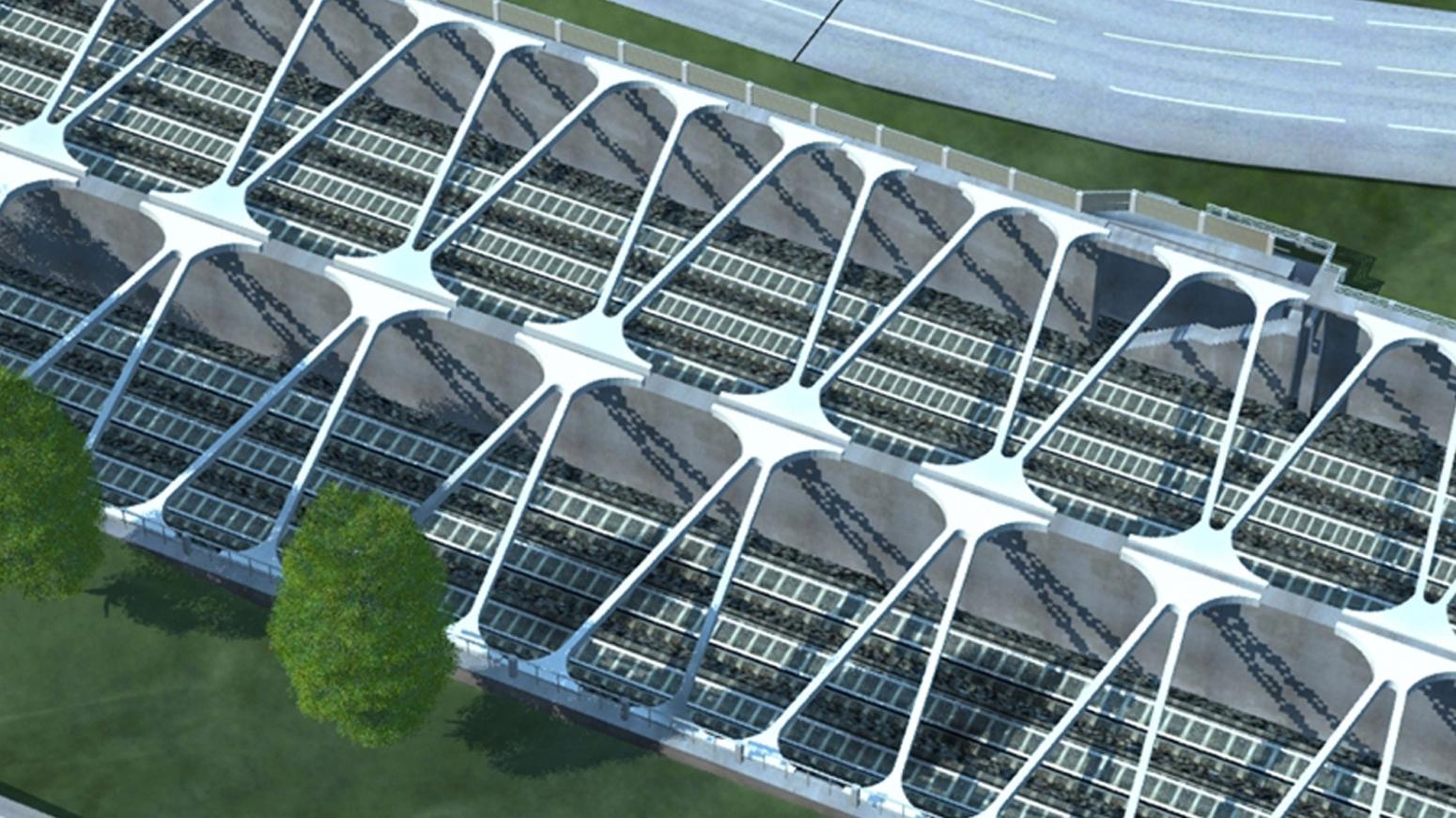 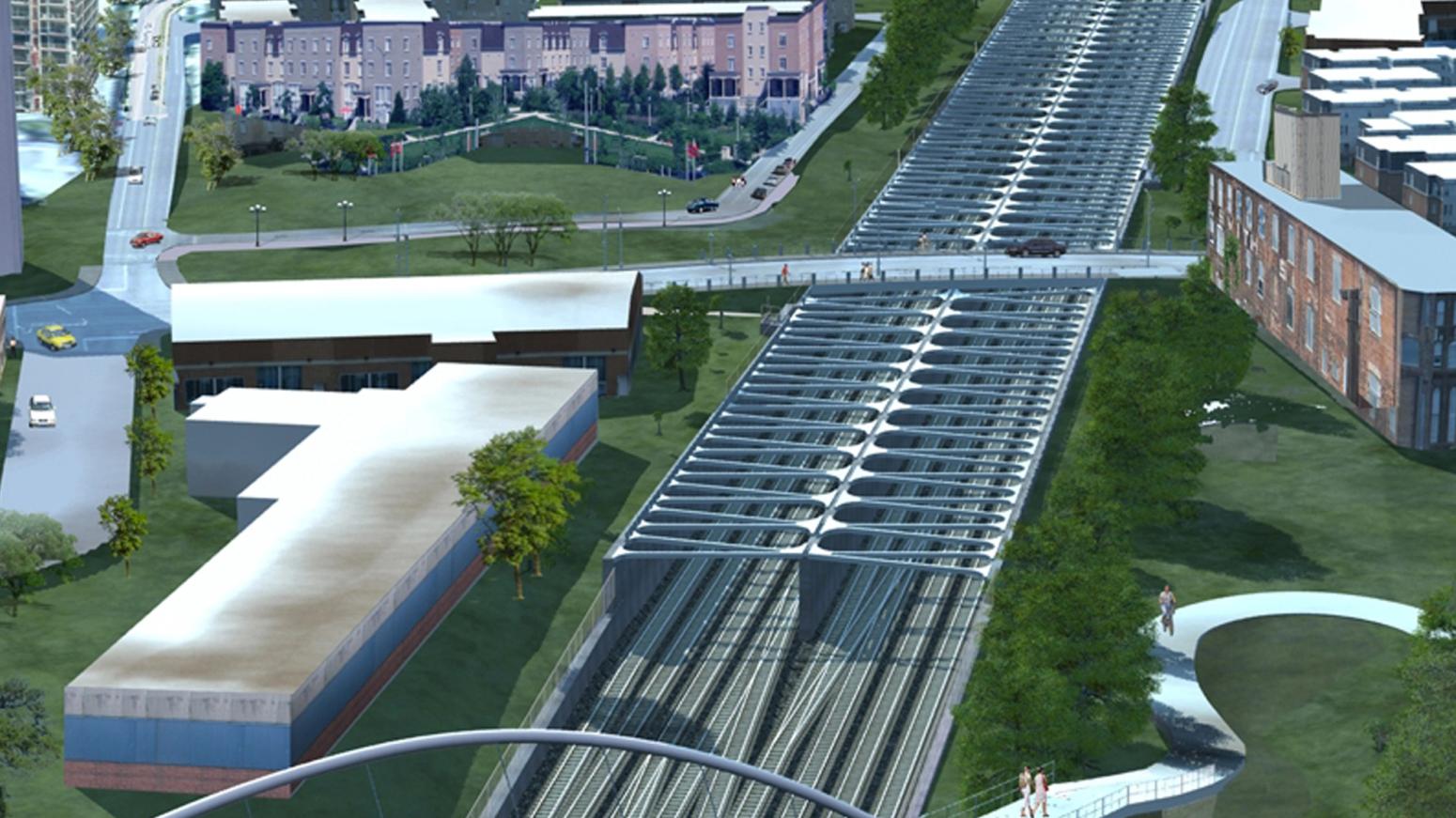