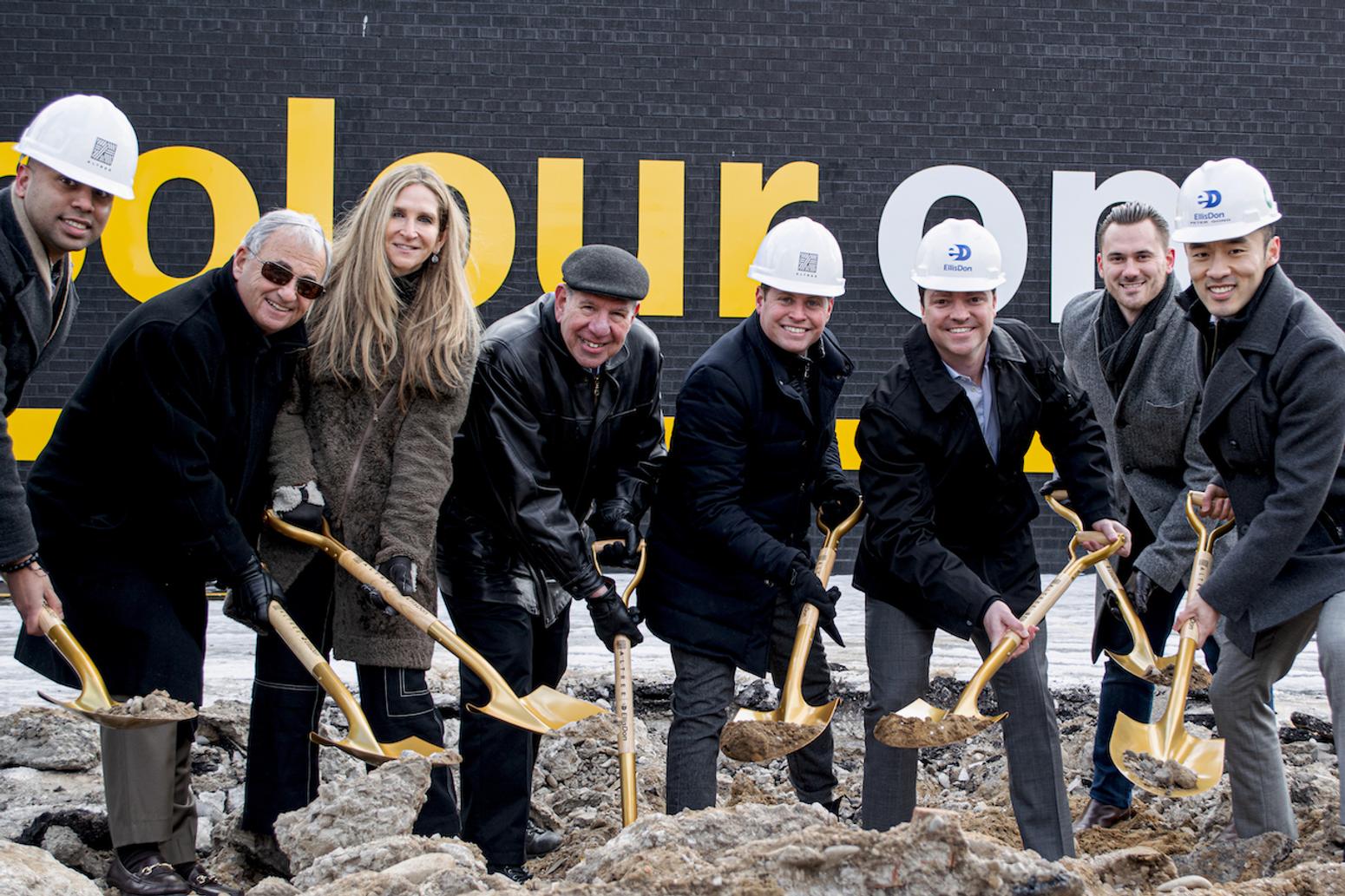 On Wednesday, February 19, teams from Altree Developments and EllisDon Capital gathered together with their colleagues and invited purchasers to celebrate ground breaking for Thirty-Six Zorra, a 35-storey condominium tower that the two firms are jointly developing in the Kipling and Queensway area of Etobicoke on the west side of Toronto. While it was a blustery day, Zev Mandelbaum, CEO and Principal at Altree, took to the mic to thank everyone involved in getting the project to where it is now, breaking ground two months ahead of schedule. 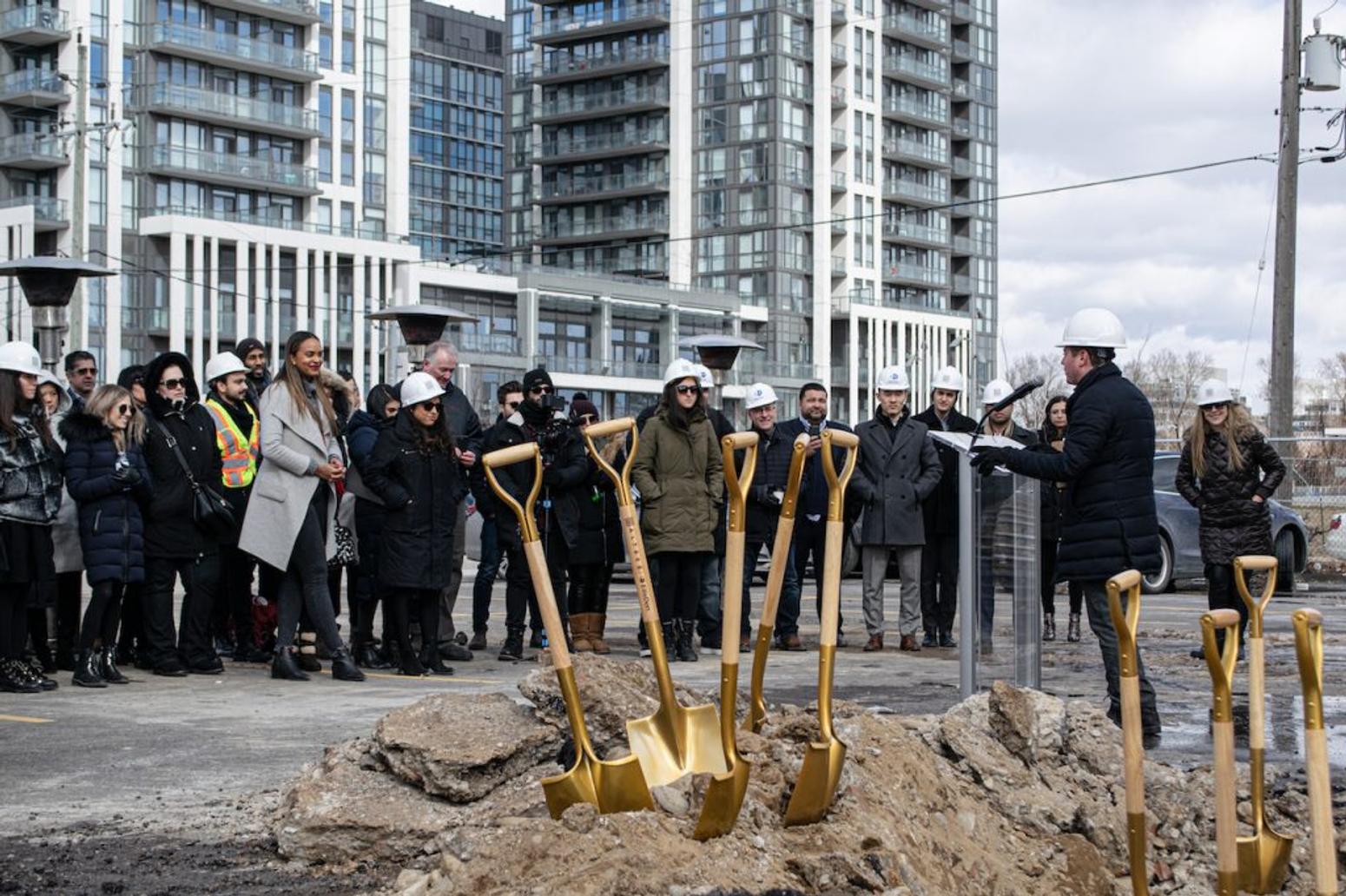 In Zev's thank you's, he included Cara Hirsch, Founder and CEO of Hirsch + Associates, singling out Cara and her real estate consulting team for having led a very successful sales launch of the project, and he also introduced Chris Smith, Director of Real Estate at EllisDon Capital. Mandelbaum and Smith enthused about EllisDon's partnership with Altree on this project, the first for EllisDon as a co-developer as well as builder. Smith highlighted that by becoming a developer now as well, construction can be expected to proceed particularly smoothly for Thirty Six Zorra, there being no communication barriers between the firms, and no competing interests. 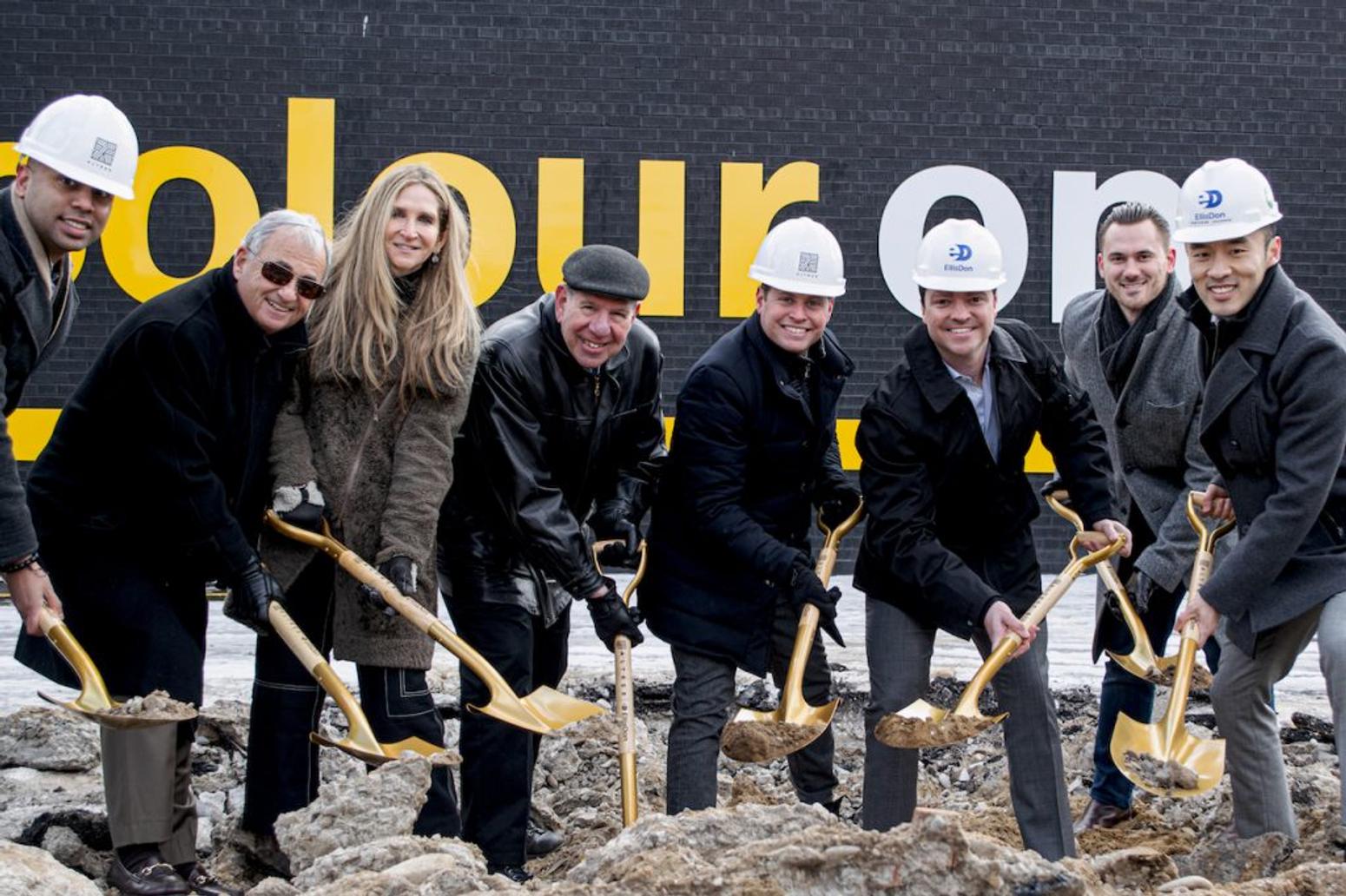 Following Mandelbaum's and Smith's and Hirsch's speeches, principals from Altree and EllisDon and their partner firms gathered for the classic ground-breaking photo opportunity, the old surface parking lot that will give way to the new condo having been smashed through earlier by heavy equipment. Holding golden shovels are, from left to right, Raza Rafiq, Director of Finance at Altree Developments, Ron Roth of the Milestone Group, Janice Feldberg, also of Milestone Group, Steven Weiss of Global Furniture Group, Zev Mandelbaum, Principal and CEO at Altree, Chris Smith, Director at EllisDon Capital, Nicholas Markov, Analyst at EllisDon Capital, and Peter Gong, Manager at EllisDon Capital. 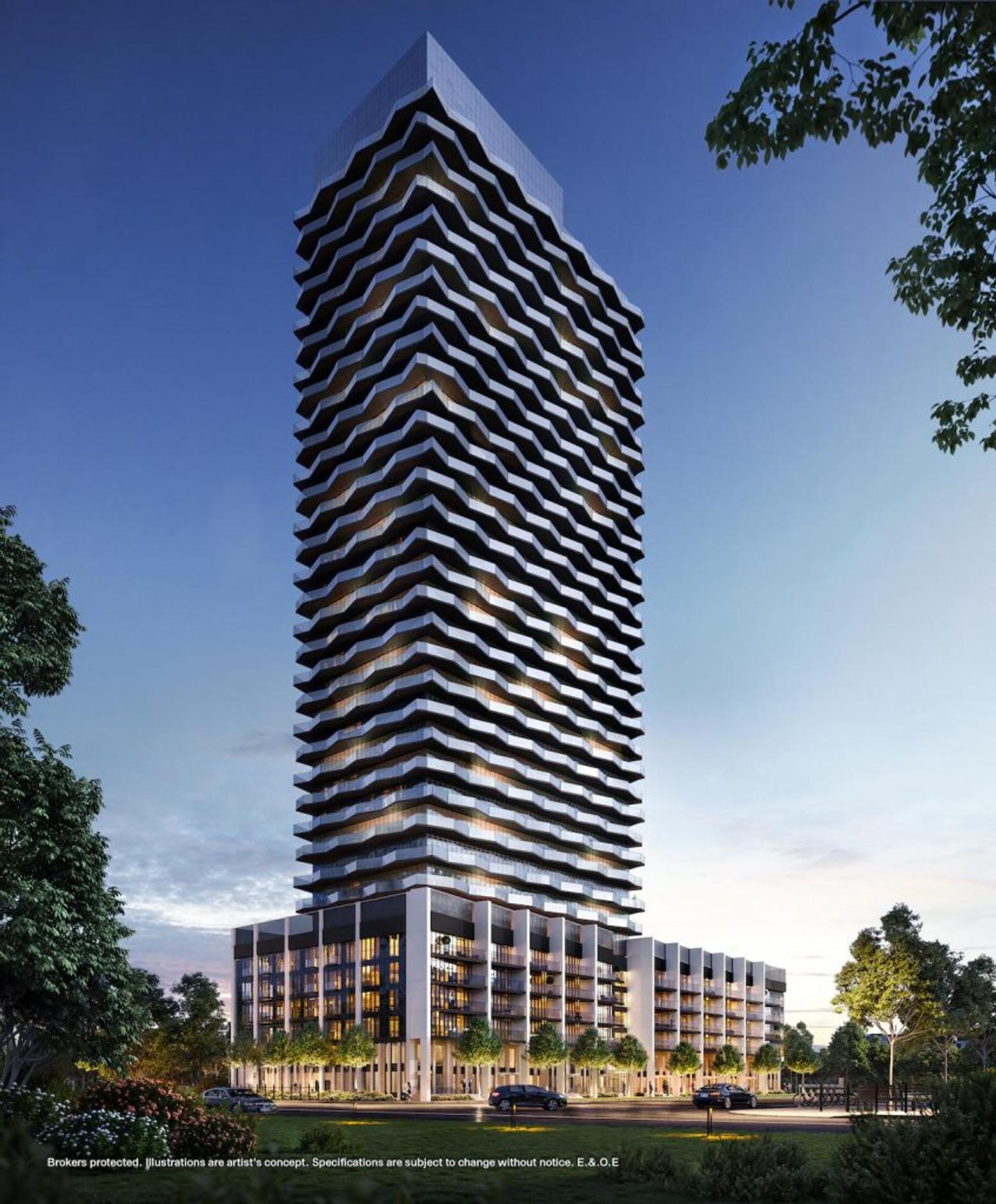 Thirty Six Zorra is designed by Graziani + Corazza Architects. Interior design is by U31 and landscape design by NAK Design Strategies. Planning was handled by Bousfields. Mandelbaum noted that the building, being built just north of the Gardiner partway between Kipling and Islington avenues, will become a beacon for those entering Toronto along the highway, its crown to be lit up at night. The project is located in an area that is transitioning from business commercial-industrial into more of a mixed-use area with significant new residential investment. Thirty Six Zorra is across the street from the Remington Group's IQ condominium developments, the third phase of which is now being marketed, and across from Senator Marian Maloney Park, a recently created community green space that the new residents to the area will be able to relax in.For the full article click HERE