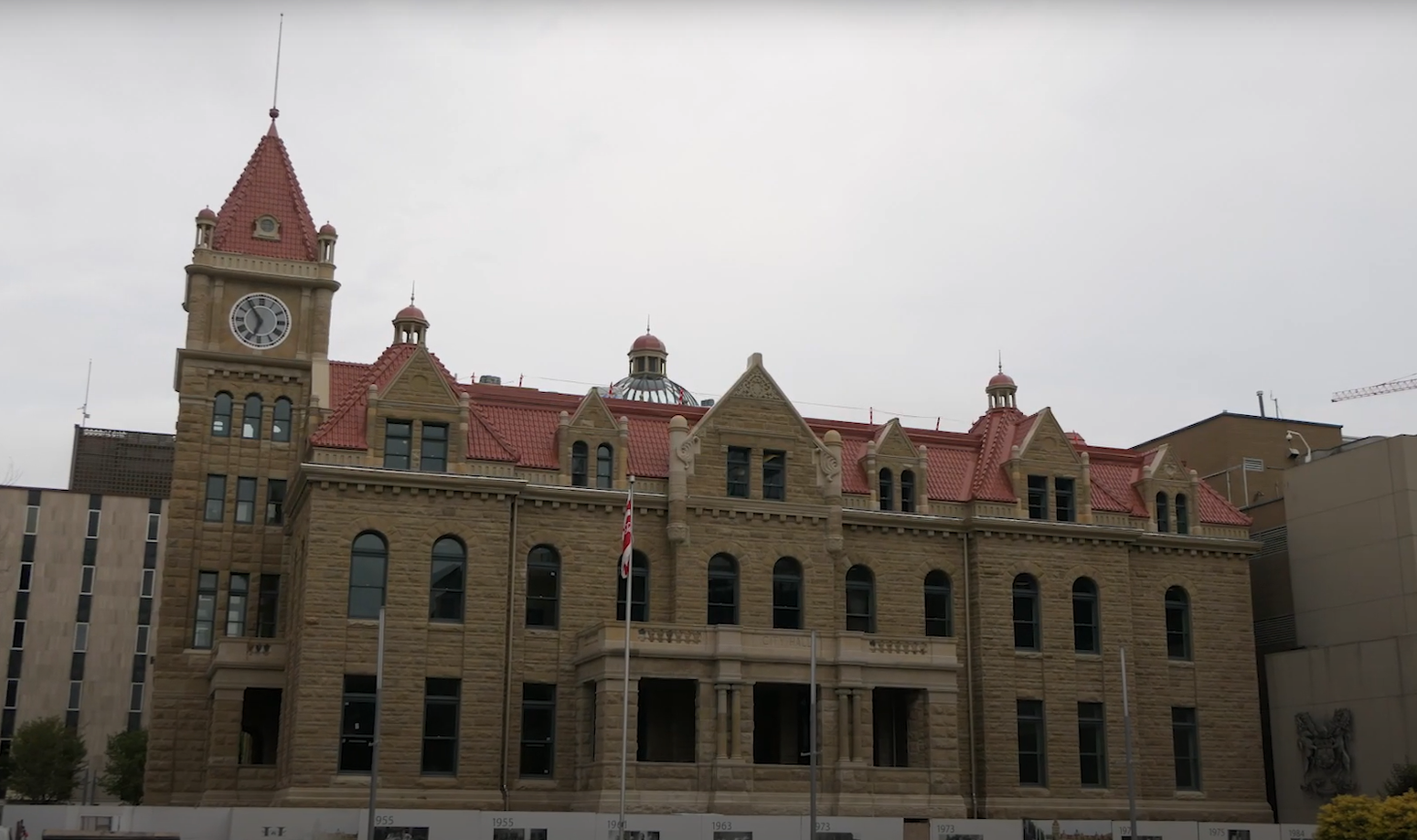 After spending three years behind scaffolding and a protective enclosure, Calgary’s Historic City Hall has been unveiled to the public, marking the completion of the restoration of the 109-year-old structure.In 2016, EllisDon took on the project to restore and preserve the heritage of the building after over a century of erosion had caused significant deterioration to the iconic hall. Work included rehabilitation of the building envelope, structural reinforcement, heritage recording and material conservation work, site servicing and landscaping. This project was both unique and complex as over 15,000 pieces of sandstone required cataloging and specific treatment prior to installation.Featuring the iconic Seth Thomas Clock, the only remaining timepiece of its kind in Canada, Historic City Hall is the only building in Canada with Federal, Provincial and Municipal historic status.“It's a once in a lifetime project for a construction professional,” said Joanne Foster, Sr. Project Manager, EllisDon. “Calgary does not have very many historic buildings, especially of this nature. “Being able to work on a historic sandstone masonry building that has not had this type of rehabilitation since the time it was originally built was a true honour and privilege.”With its new exterior complete, the expectation is that the work will last for another 100 years.