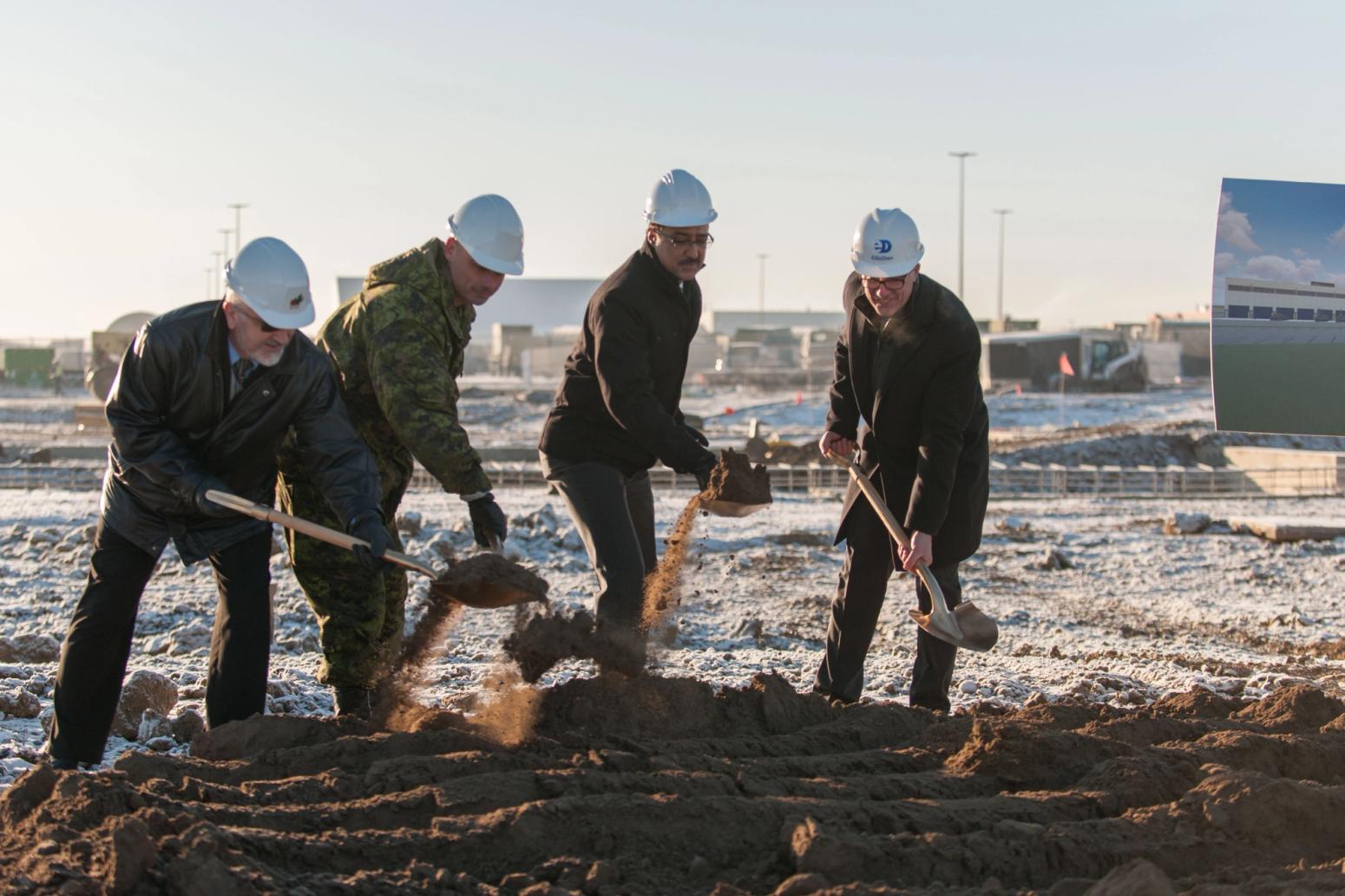 On Friday, December 2nd, EllisDon took part in the ground-breaking ceremony to mark the beginning of construction work of a new facility for Tactical Armoured Patrol Vehicles (TAPV) and Armoured Engineer Vehicles (AEV) at 3rd Canadian Division Support Base Edmonton.3rd Canadian Division Support Base Edmonton requires this new facility to shelter 43 TAPV and 14 of the 18 AEV that will be delivered to this location starting in 2017, as part of the Force Mobility Enhancement Project. This project was set forth as part of the Government of Canada’s commitment to ensuring that Canadian Armed Forces personnel have safe and modern facilities in which to work and train. “EllisDon is proud to be working with Defence Construction Canada and the Department of National Defence on the TAPV/FME project. Not only has designing a building to store and maintain these 60 tonne vehicles been interesting, having the opportunity to work with our military to support everything they do for Canadians is an honour,” said Michael Kazda, Edmonton VP & Area Manager. 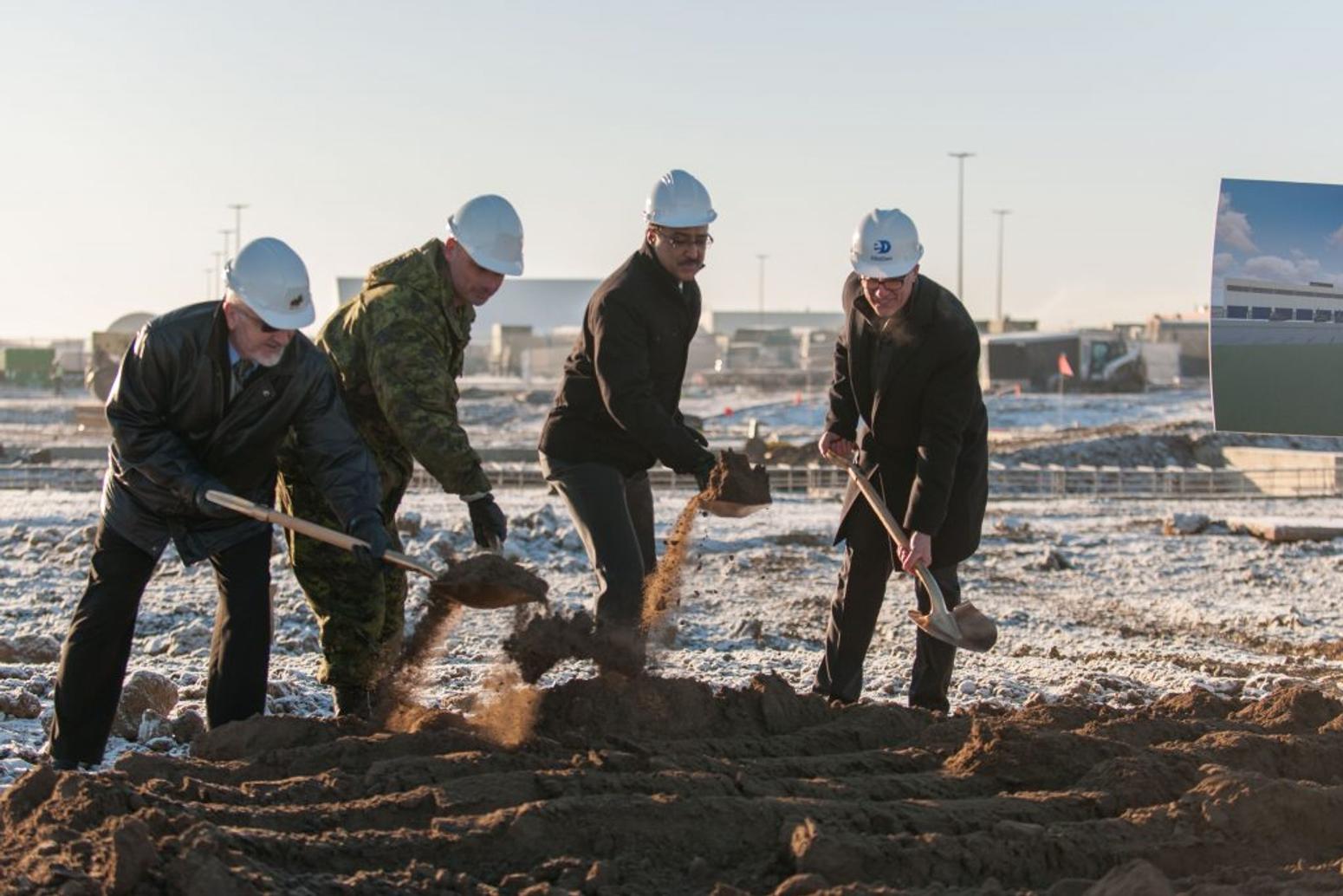 “In addition to supporting our women and men in uniform who work at 3rd Canadian Division Support Base Edmonton, this infrastructure project constructed by EllisDon Construction Services Inc., a company located in Edmonton, will help stimulate the local economy and create employment in the region,” Said Amarjeet Sohi, Minister of Infrastructure and Communities and Member of Parliament for Edmonton Mill Woods.The design and construction integrate green building concepts that will meet LEED Silver certification. Construction on this project, valued at $39 million, is expected to be completed by the end of January 2018.