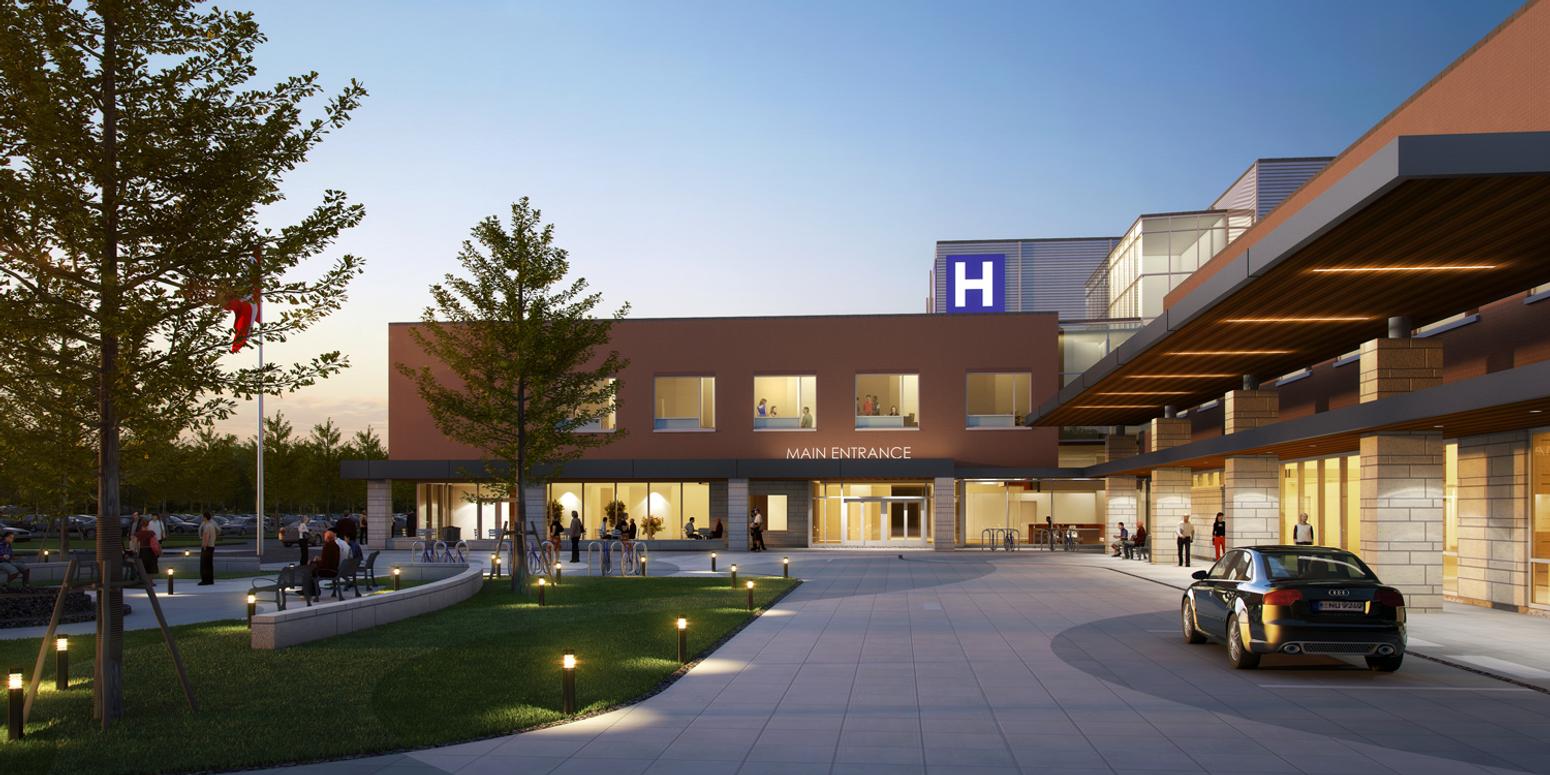 Mississauga, ON, May 8, 2017— EllisDon Infrastructure Healthcare is pleased to announce it has been selected as the preferred proponent to design, build, and finance a new hospital development project by Infrastructure Ontario (“IO”) and Groves Memorial Community Hospital (“GMCH”). “This is a huge win for EllisDon and our London Area team,” said Alfonso Balassone, VP Southwestern Ontario Area Manager, EllisDon. “We had a world class team on this and we could not be more proud of everyone involved.”GMCH will be composed of a 45-bed facility that will serve the population of Fergus and Elora, and the surrounding communities. The greenfield site will be located centrally in Aboyne, in the Township of Centre Wellington. The new development will allow for more space for emergency, ambulatory, diagnostic and inpatient services to accommodate the growing population. “This milestone marks the beginning of what we expect to be a great partnership. We look forward to working with EllisDon Infrastructure Healthcare to reach a final contract and begin construction on this project later this year,” said Ehren Cory, President and CEO, Infrastructure Ontario.Of the three proponents that submitted their bids, EllisDon Infrastructure Healthcare was selected following an extensive request for proposals (RFP) process which began in June 2016. IO and GMCH will now work to finalize contract details with EllisDon Infrastructure Healthcare. The project is expected to reach financial close in mid-2017, which will mean that relevant contracts have been signed, the contract and local share amounts can be announced and a financing rate has been set. Groves Memorial Community Hospital is slated for completion in late 2019.

Additional hospital features will include modernized infection control measures and isolation facilities, large windowed areas to allow for an abundance of natural lighting, outpatient services strategically placed closest to the main entrance, and an onsite helipad to allow for faster patient transfers by air ambulance.