A new river valley is taking shape in what was a dusty, polluted stretch of Toronto waterfront. Not even COVID-19 could stop the work 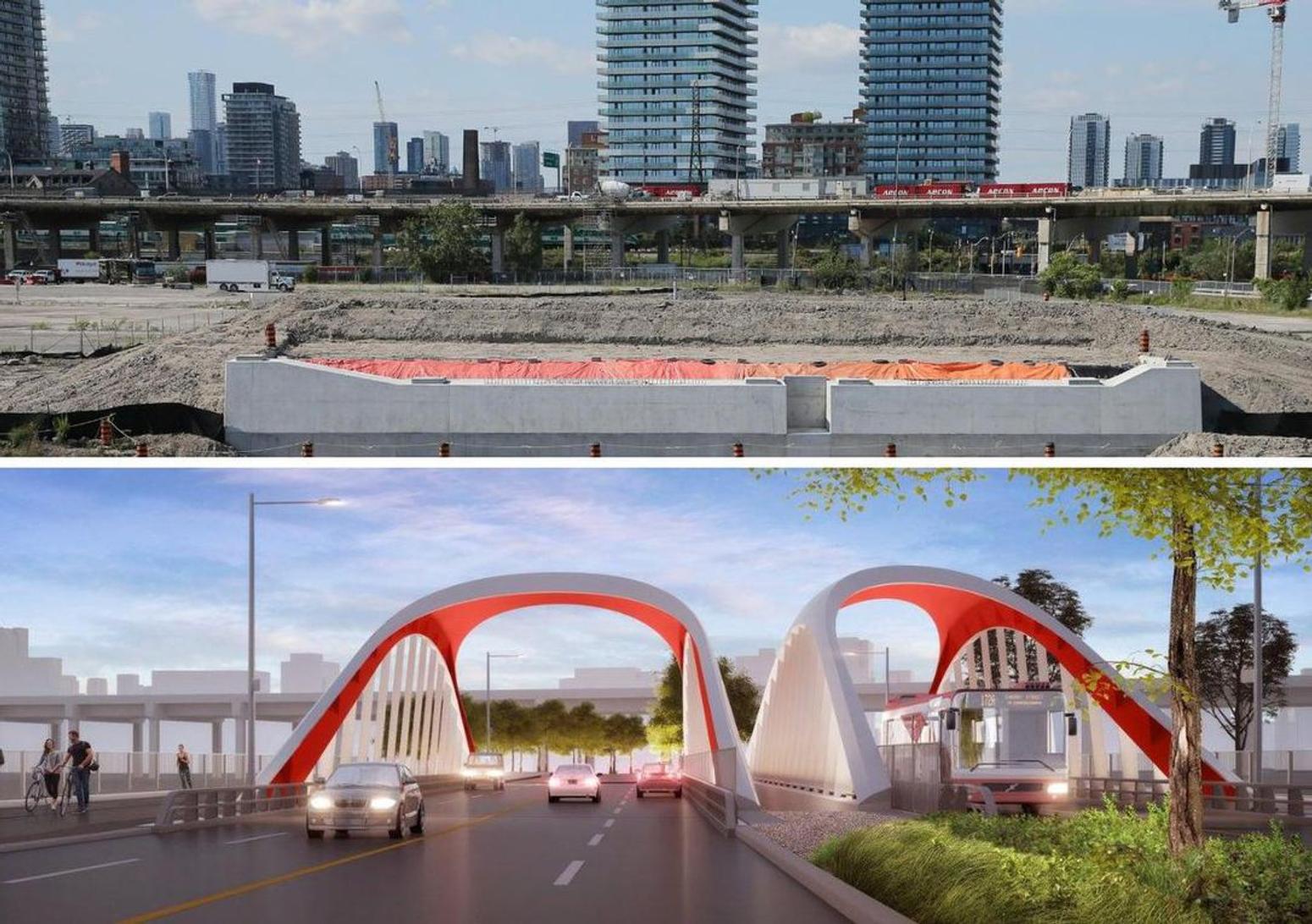 Article by David Rider for the Toronto Star.

“Where we are now will be the river,” the hard-hatted man says as we stand on dusty earth, overlooking a wide trench carved through century-old industrial landfill on Toronto’s east waterfront.David Kusturin, Waterfront Toronto’s chief project officer, is echoing words said at a November 2018 groundbreaking when these Port Lands around Cherry Street were still bleak, unbroken parking lots with one yellow excavator for a photo op.But now, with the shape of a lush river valley and brand new island starting to emerge, thanks to an army of workers with 13 excavators, you can actually start to believe it.Kusturin and colleague Mira Shenker took the Star on a tour of the floodproofing, economic development and civic beautification project, with a focus on the river that will meander through it — fish and plants below, canoes and kayaks above.Crews have so far dug 400,000 cubic metres of soil. Eventually 1.4 million cubic metres — enough to fill the Rogers Centre — will be moved to create a natural-looking, almost 1.5-kilometre valley connecting a “renaturalized” Don River mouth with Toronto’s inner harbour to the west. 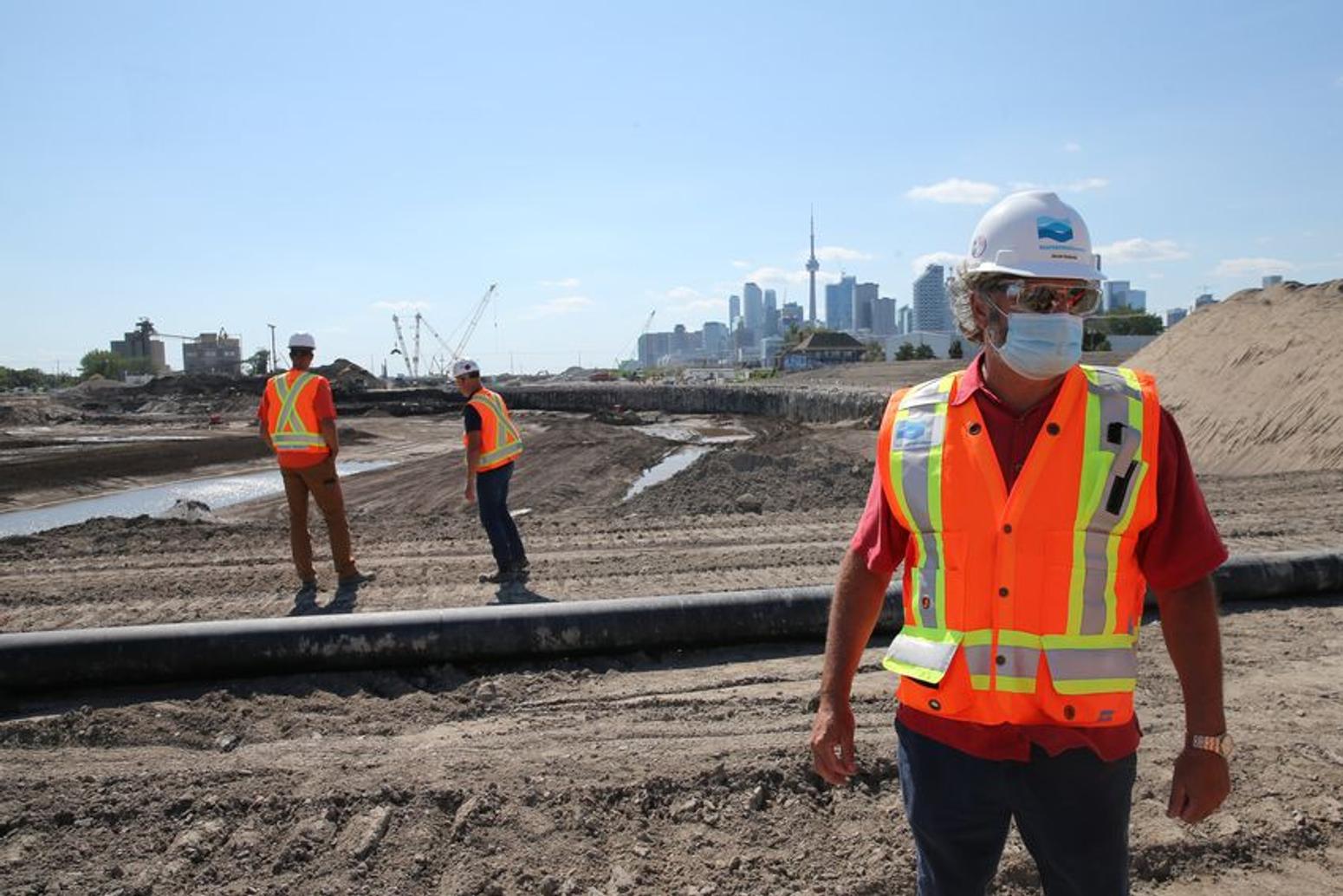 Nature is getting some help. Valley walls are being reinforced with buried concrete cylinders; drainage stone and a clay liner will help keep the river bed in place; and rock and wood obstacles will keep the water from wandering.“We are renaturalizing the Don but it is a bit of a reconfiguration,” Kusturin says. “The Don originally emptied into the largest wetlands in the Great Lakes. That was filled in by Port Lands (industrial infill) about 100 years ago.“We’re creating some new wetlands and valley for the river to run in, which is intended to provide the naturalization as well as to provide for flood protection so we can ensure occupied properties outside of the valley don’t get flooded.”The river will be two to three metres deep and 30 to 40 metres wide. The valley will be on average six metres deep and 100 metres wide, designed to swell with any floodwaters or, in a massive storm, spill into surrounding parkland.

The site stinks. As we walk, the oil smell hits us, a reminder the Port Lands once hosted big fuel tanks to power a booming city. Relief comes from what Kusturin jokingly calls an “industrial Febreze machine” that eats odour and perfumes the air.Most of the dug soil is also being cleaned, some with hydrocarbon-munching bacteria. More heavily polluted dirt will be carefully heated with electric probes to “smoulder” away toxic chemicals.The $1.25-billion project, cost shared by the city, province and Ottawa, is adding environmental resilience to the east waterfront, unlocking potential for new neighbourhoods, including one on what will be called Villiers Island.So far, the government project — designed by U.S. landscape architects Michael Van Valkenburgh Associates, overseen by Waterfront Toronto, built by EllisDon construction — has itself proved resilient, without pandemic delays.Hitches have been small, and sometimes feathered. The facade of the demolished T&T grocery store on Cherry Street has to stay up until some barn swallows, a “threatened” species, finish nesting there. A work-site tent lingers for the same reason.“We’re on time and on budget,” Kusturin says. 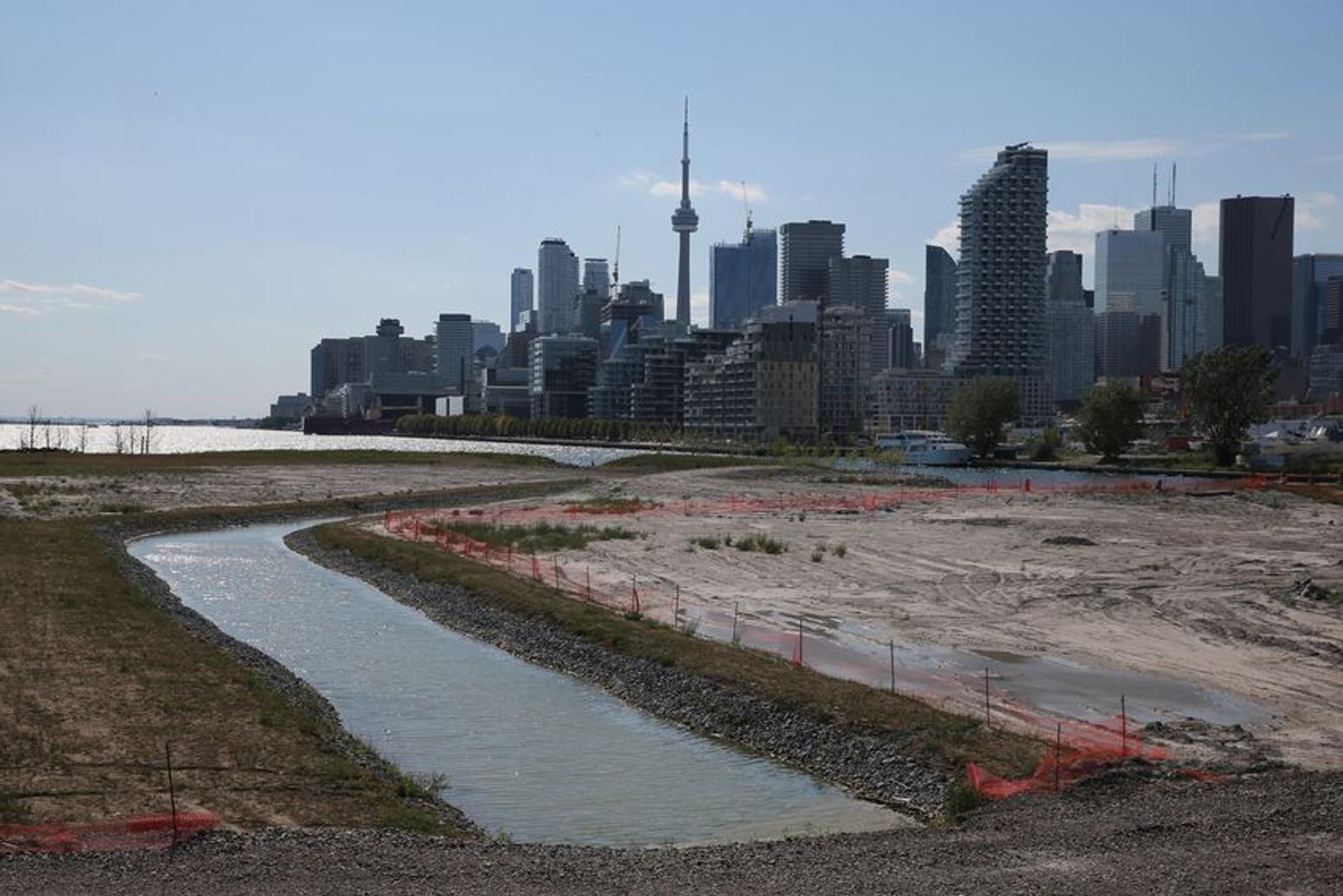 Shenker, Waterfront Toronto’s senior manager of communications and public engagement, explains what visitors will actually see when the river valley and island open to the public April 1, 2024, or sooner if Waterfront Toronto manages to speed things up.“We’ll have the only natural shoreline on the inner harbour,” with places to launch kayaks and canoes, she says, pointing to what will become several new parks with native plants and forest, plus offshore aquatic habitats.Maybe the city can add kayaks to its expanding Bike Share short-term-rental system, one of our walking crew suggests.“You will be able to show up and picnic and barbecue and spend the whole day” in two new riverside spots, much like people now do on the Toronto Islands, Shenker says.“The north park will be highly programmed with nature play, including ziplines, badlands-type topography and more,” she says, “while the south side will be quieter with more trails, letting people decide how they want to use the spaces.”She points to where cyclists will be able to ride through the site, or commute past it on a Commissioners Street path. Cherry Street is being shifted a little west, and its intersection with Lake Shore Boulevard East, currently a headache for cyclists, fixed.For now, the emerging valley is off-limits to all but construction crews. Torontonians will soon, however, see a big part of the project float into town. 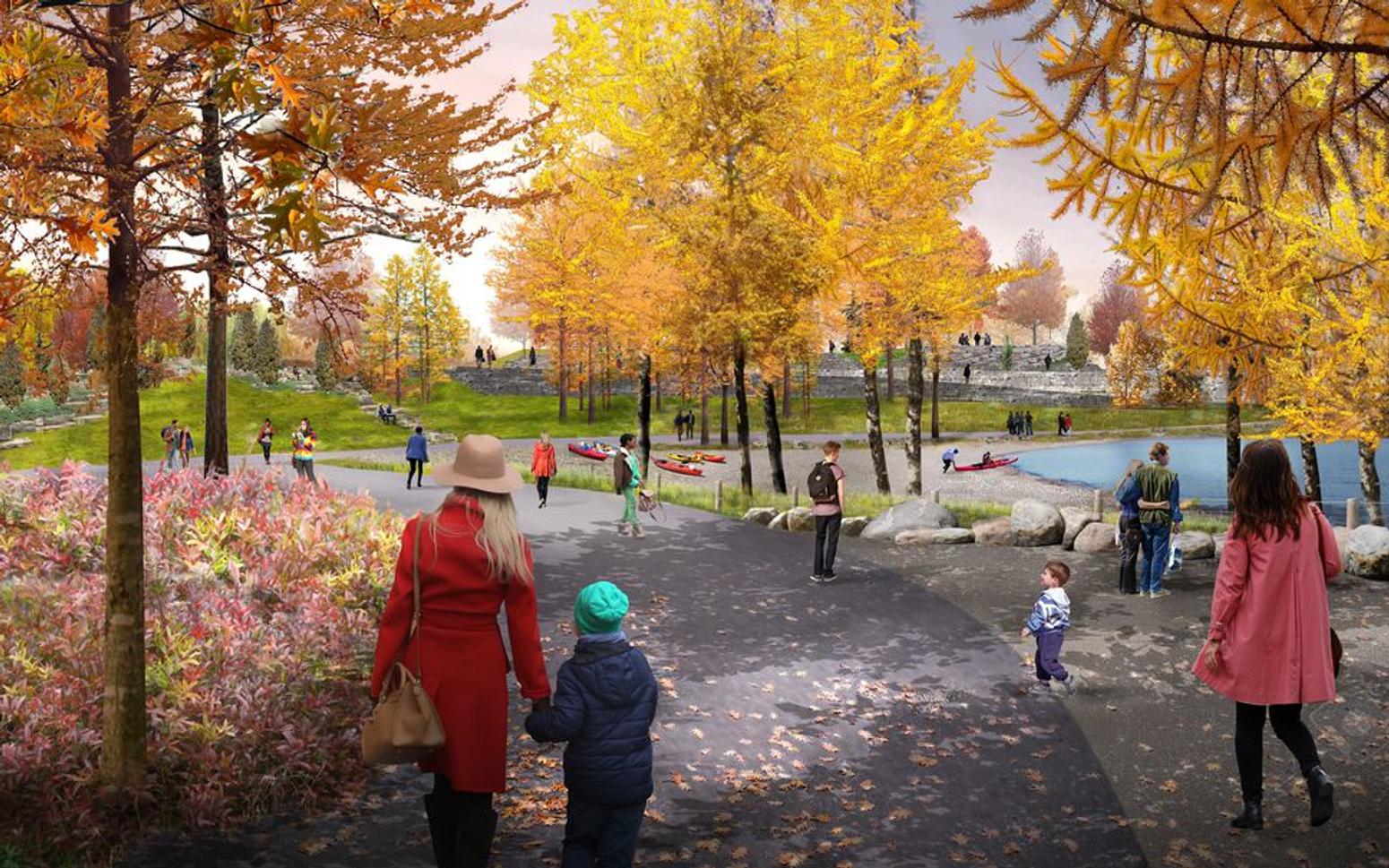 Waterfront Toronto has commissioned stylish bridges to connect Villiers Island to the surrounding site — some just for public transit, others for vehicles, cyclists and pedestrians.The first, being built now in Dartmouth, N.S., will be barged along the St. Lawrence Seaway and hoisted into place in late September or October.“It’s quite large so people there should be able to get a good look at it when it arrives in the harbour,” says Troy Garnett, vice-president of sales and business development at bridge maker Cherubini.“The other bridges are much larger and should arrive in 2021 and 2022.”By the numbers: