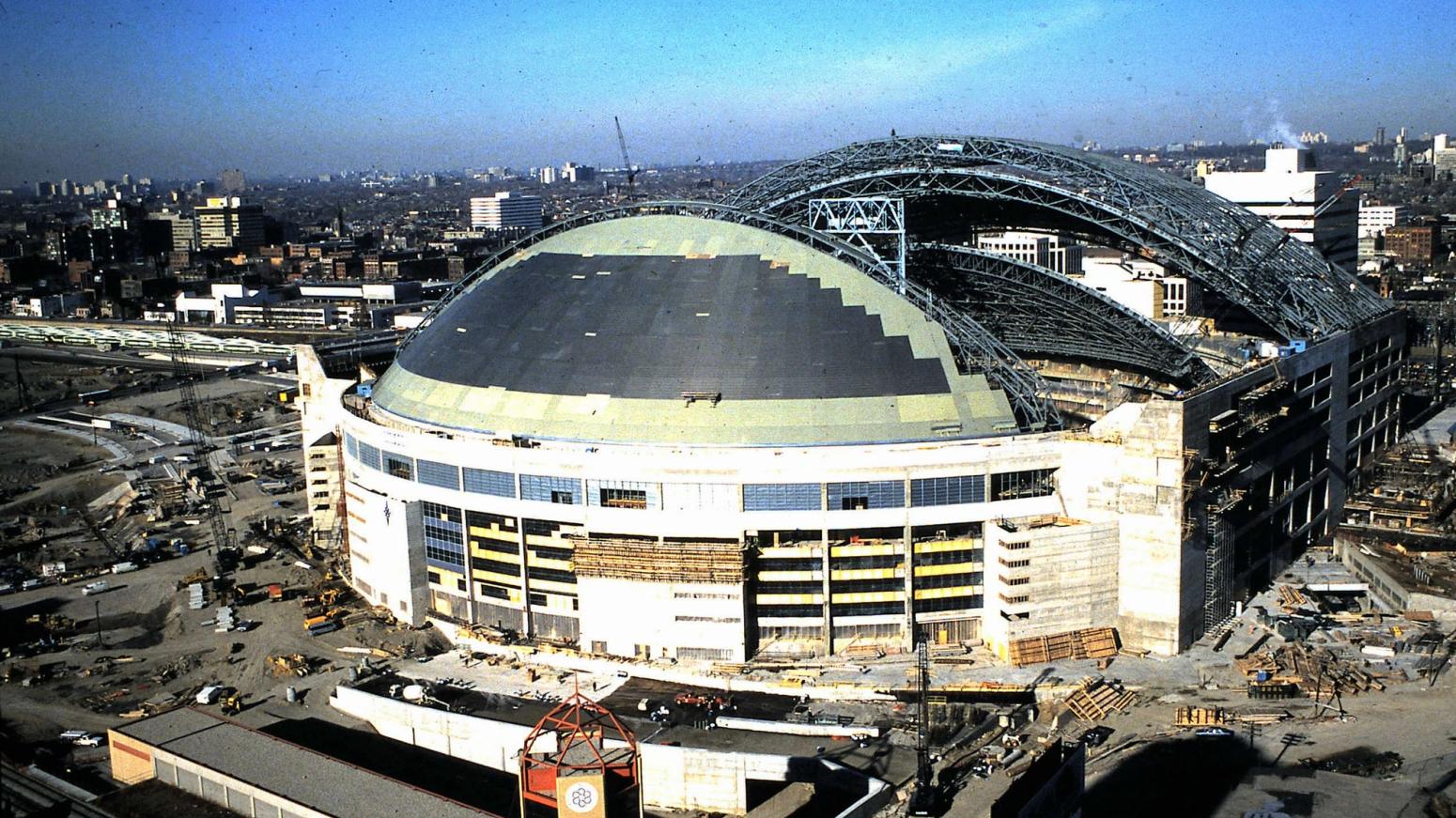 Article courtesy of Dan O'Reilly for the Daily Commercial News

Construction industry veteran Brian Blackman may be more focused on his next project than paying attention to advertisements about the adventures active people lead once they leave the working world.Retirement, however, is not far off for the 61-year-old EllisDon general superintendent who can look back on almost 40 years in construction, 31 of which have been with his current employer.During his time with EllisDon he has either supervised or helped manage the construction of some of Toronto's premier buildings including The SkyDome (now Rogers Centre), Holiday Inn King Street, Princess of Wales Theatre, Toronto Western Hospital and Waterpark Place.He has witnessed many industry changes, the most notable of which is the wide use of technology, both as a communication tool and in the actual building process. 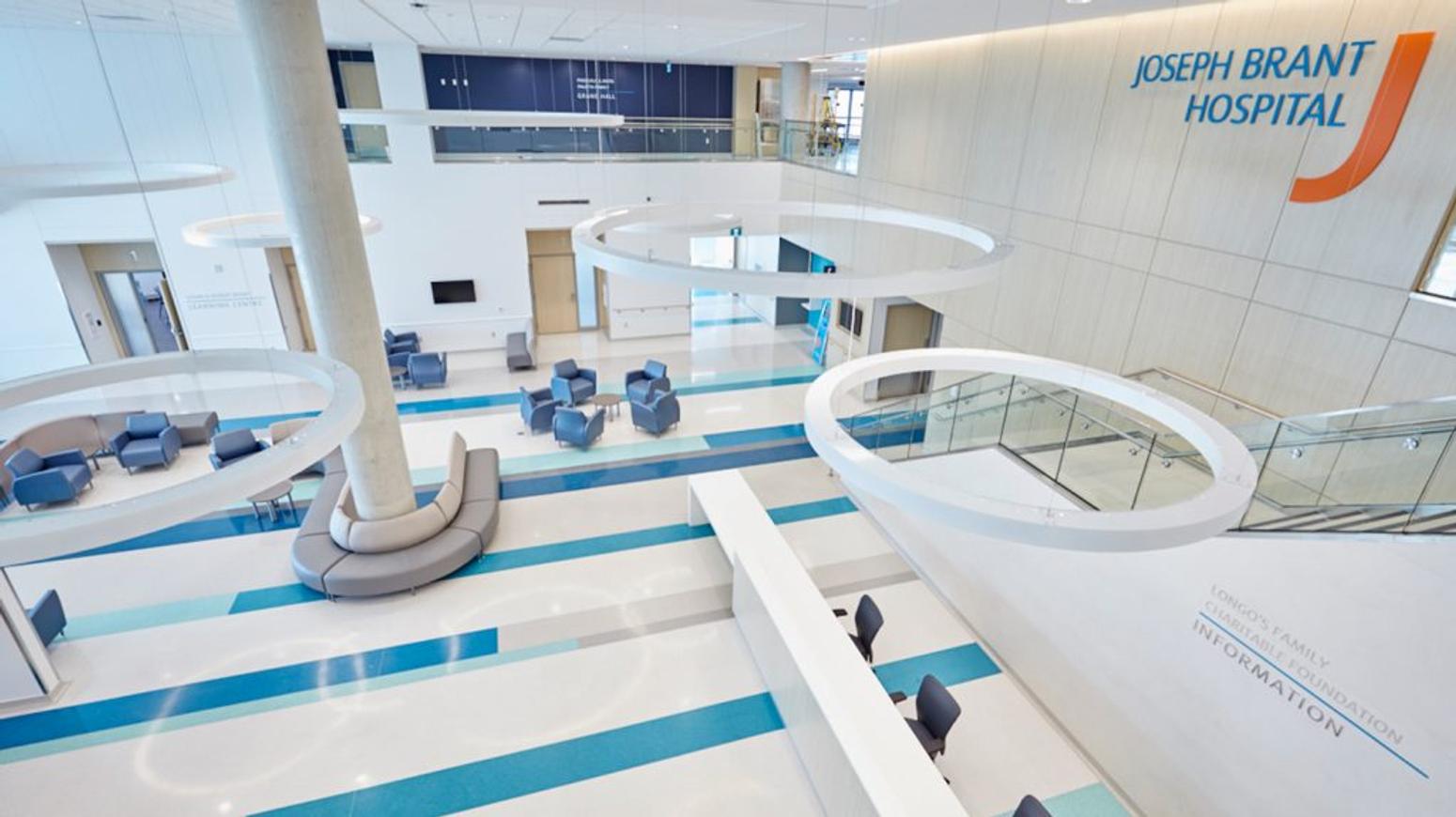 On his most recent project, the Joseph Brant Hospital Redevelopment in Burlington, "switchable" glass which allows nurses to change glass on the sliding doors from clear to opaque with the flip of a switch was installed.Thirty years ago a supervisor who needed to pass on information to a tradesperson had to make a telephone call from a land line to a printing company for a copy of the construction drawing. Then the drawing would have to be delivered to the construction site, he says."Now you can simply pull the drawing up on a computer and either phone or email it to their (the tradesperson) computer/phone instantly."At the same time, he cautions against an overreliance on computers and other electronic devices."Technology has come a long way, but it doesn't solve all the problems. The guy pouring concrete doesn't have time to look at an iPad."Apart from working hard, Blackman credits being at the right place at the right time for his success. As an 18-year-old fresh out of high school, he wasn't sure what he was going to do. At the urging of his parents he went to work for his older brother, a land surveyor at a construction firm."I started out as a rodman and then advanced to an instrument man and by the end of my first year was running a crew."Much of the surveying was in the residential sector. Then the company was hired as the quality checkers for Stelco's Nanticoke Steel Works which was being built by the now-defunct Pigot Construction. It was the surveyors' responsibility to ensure the location and tolerances of elements, such as eight-inch-diameter anchoring bolts for coke ovens and blast furnaces, was correct."Needless to say, I got to know the construction surveyors quite well."During a chance conversation he learned the contractor's field engineer was being paid more for similar duties and that was the incentive to apply for a position with Pigot. He was hired as a field engineer for a project in Hamilton, Ont."I worked on several jobs, learned how to read construction drawings, and worked closely with the superintendent to see how they ran jobs."A few years later those projects started to slow down and the senior superintendent left to manage the construction of Toronto's SkyDome for EllisDon. 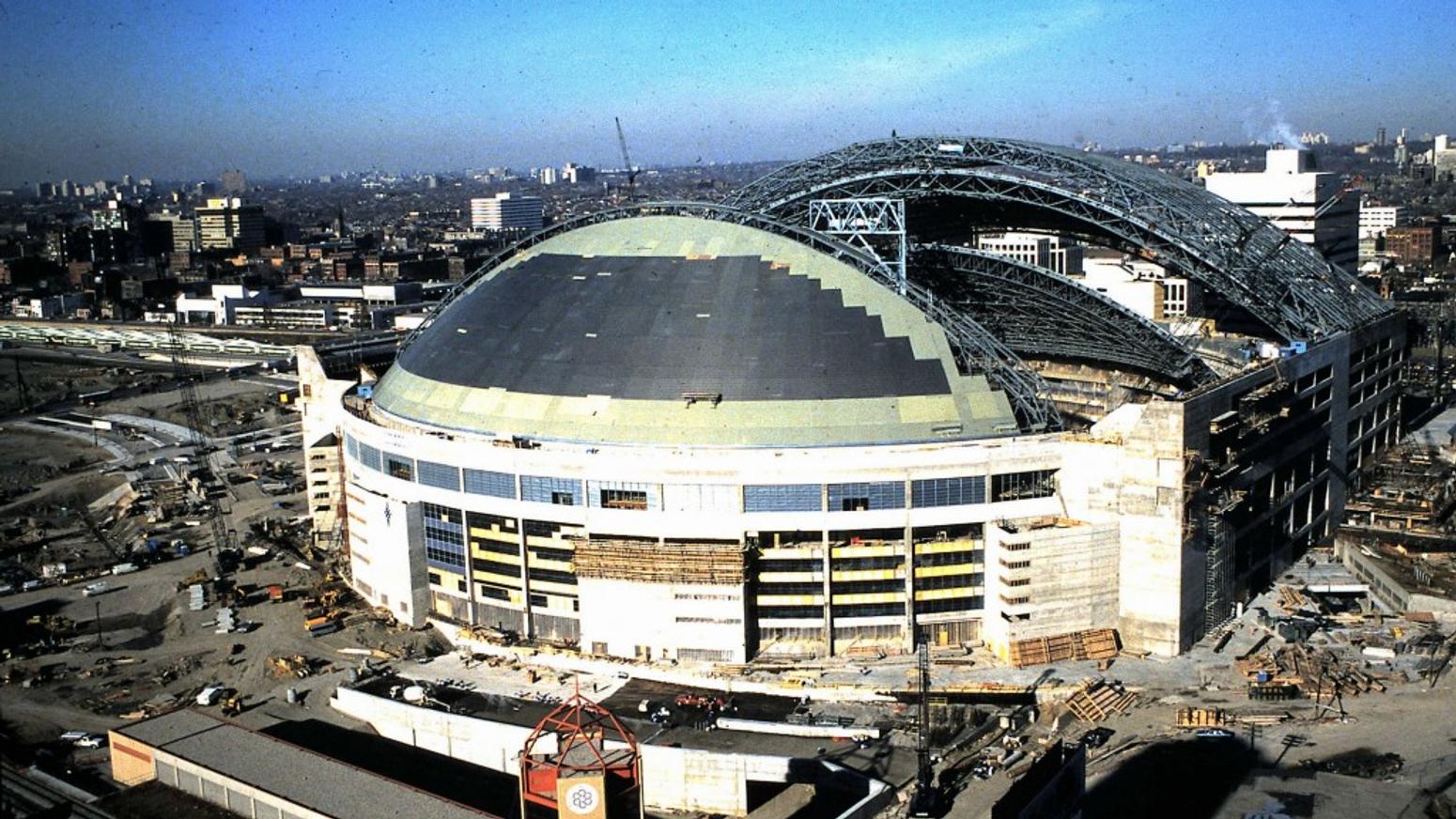 "He asked if I would be interested in joining him and I jumped at the chance. It (SkyDome) was extremely rewarding," says Blackman, who started as a field engineer and rose to become an intermediate superintendent.From there he gradually moved up the construction management ladder, assuming the role of general superintendent about five years ago."As a general superintendent I am responsible for all aspects of the actual construction site. These duties include worker safety, public safety, schedule, cost, quality, trade co-ordination, and client satisfaction."In that role he visits sites prior to construction to better understand conditions such as traffic flow, pedestrian access, overhead wires, buried services, and the distance from neighbouring buildings. Once construction is underway he usually leaves his Hamilton home between 4 a.m. and 5 a.m. so he can be the first person there."The trades respect you for that."Asked about his most challenging project, he cites the 2010 to 2012 construction of a new four-level building at Hamilton's Juravinski Hospital. Not only did the first level have to be carved out of Niagara Escarpment bedrock, the building was very close to the still-operational old wing."We had to be very careful every time the crane was swung."Equal care had to be exercised in the demolition of the old wing which occurred once the hospital took possession of the new structure, he says.Not quite as complicated, but still challenging was the simultaneous interior rehabilitation of the existing WaterPark Place on Toronto's Queen's Quay Toronto and the construction of a new 30-storey tower between 2012 and 2016. The lead tenant is RBG and one of the last tasks was installing Compartment Earth, a 16,000-pound stainless steel globe-like structure, in the lobby. Designed by Roxy Paine, the signature art piece is clearly visible to passersby.Blackman says his next project will be a 30-storey office tower which may start later this fall and take between two and half to three years to complete. At that point he will be 64 and will have to choose between accepting another project or retiring.When asked what he will do if retirement does beckon, Blackman says he has no specific plan and is not worried about the future."I do know that I will look forward to the fact that on some windy cold wintery morning at 4 a.m., instead of worrying about whether something blew off the roof or if the heaters shut down and all the pipes froze inside the building, I can simply roll over, go back to sleep and say to myself that it is someone else's worry now."