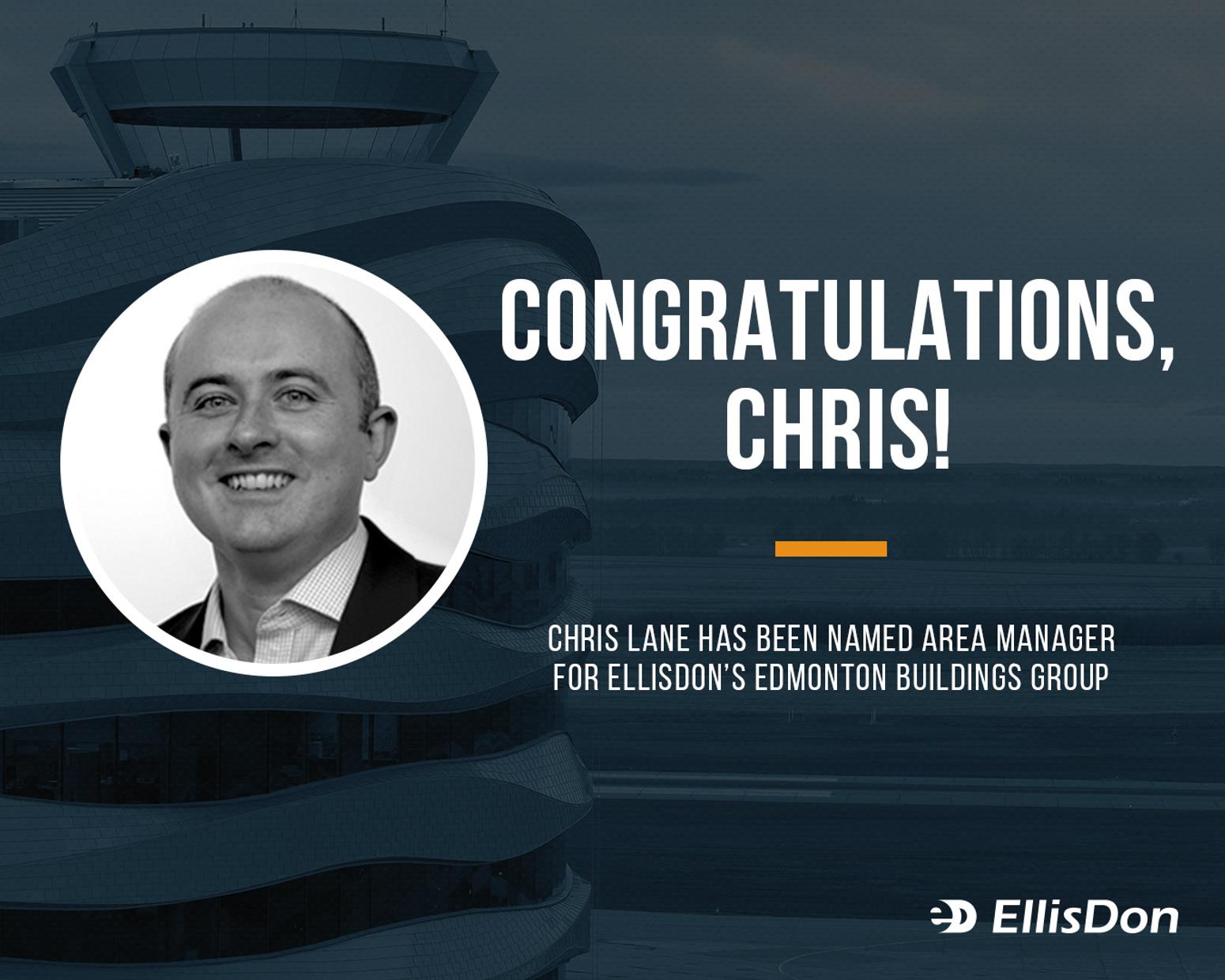 Mississauga, ON, September 3, 2019 — Today, EllisDon announced the appointment of Chris Lane to the role of Area Manager for the Edmonton Buildings Group."I'm incredibly excited to be given this fantastic opportunity in Edmonton," said Chris Lane, Edmonton Area Manager, EllisDon. "We are on the cusp of great things here in Edmonton, with several large projects on our books that are currently sitting in pre-construction, which will be converted into construction projects soon. Our performance on these jobs will help to propel EllisDon's standing in Edmonton, and enable us to be in a key position to take advantage of the slowly recovering economy in this City."In 2014 Chris moved from the UK to Edmonton, bringing with him 15 years of construction experience working for a large UK based contractor. During his time with EllisDon Chris has held several positions starting as a Project Manager, and then progressing into Senior Project Manager, and most recently as Construction Manager.Over the last five years, Chris has managed many projects for a range of clients, including key clients such as the City of Edmonton, Strathcona County, Leduc County, Defense Construction Canada, ONE Properties, Wexford Developments, and ProCura.In 2015 Chris led the design and construction on two of the first Modified Design-Build projects awarded in Western Canada for Defense Construction Canada. The first of these projects was the Tactical Armoured Patrol Vehicles (TAPV) facility followed by Cold Lake Healthcare Facility which was awarded as a result of the successful design phase and relationships established during the TAPV project. In 2018 Chris also played a key role as Construction Manager on EllisDon's first residential high-rise project in Edmonton.In addition to his project success, Chris has built a strong team and looks to continue to build on the momentum already created in the Edmonton Area.