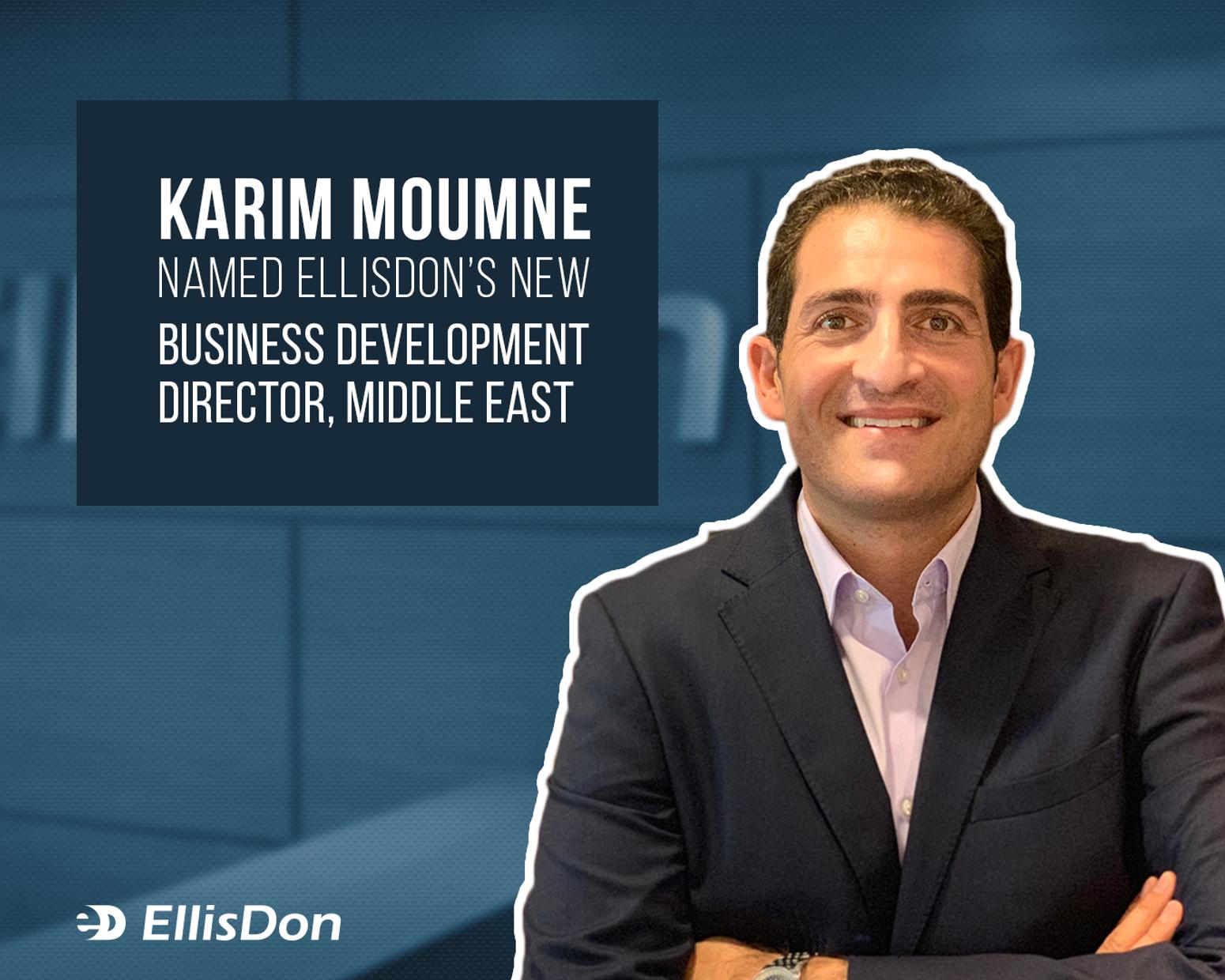 EllisDon is pleased to announce the appointment of Karim Moumne to the role of Business Development Director, Middle East.Karim will be responsible for promoting EllisDon’s design, construction, and project management expertise as well as its full Cradle-to-Grave suite including Virtual Design and Construction, Energy and Digital Services, and Facility Management Consulting. As part of his mandate, Karim will pursue new business and opportunities to help with EllisDon’s continued expansion and growth in the Middle East.“It started when I heard about all the great work EllisDon was doing in the UAE and the company’s great reputation among clients,” said Karim Moumne, Business Development Director, EllisDon Middle East. “After meeting with key leaders in the region I found them to be very respectful, approachable, and great ambassadors for EllisDon’s culture and values.”Born in the United Arab Emirates (UAE), Karim spent most of his 16-year career working in the UAE, Kingdom of Saudi Arabia (KSA), and Qatar. Karim began his career working with various construction companies in the Middle East as a Project Manager and quickly progressing to Area Manager. In 2014 Karim became the UAE and KSA Regional Sales Manager for KBRI Inc., a major project management consulting firm based out of the United States.“Karim has a proven track record as a true people person and well respected among his clients,” said Wissam Ayoub, Vice-President, EllisDon Middle East. “More importantly he demonstrated EllisDon values being open, trustworthy, genuine and respectful. I am very excited to have him join us and to help us grow the Middle East team and gain more success.”Karim holds a BSc. in Civil Engineering from the Lebanese American University and a Masters in Construction Project Management from Heriot Watt University.