EllisDon Employee Honoured with Certificate of Recognition for Heroic Actions 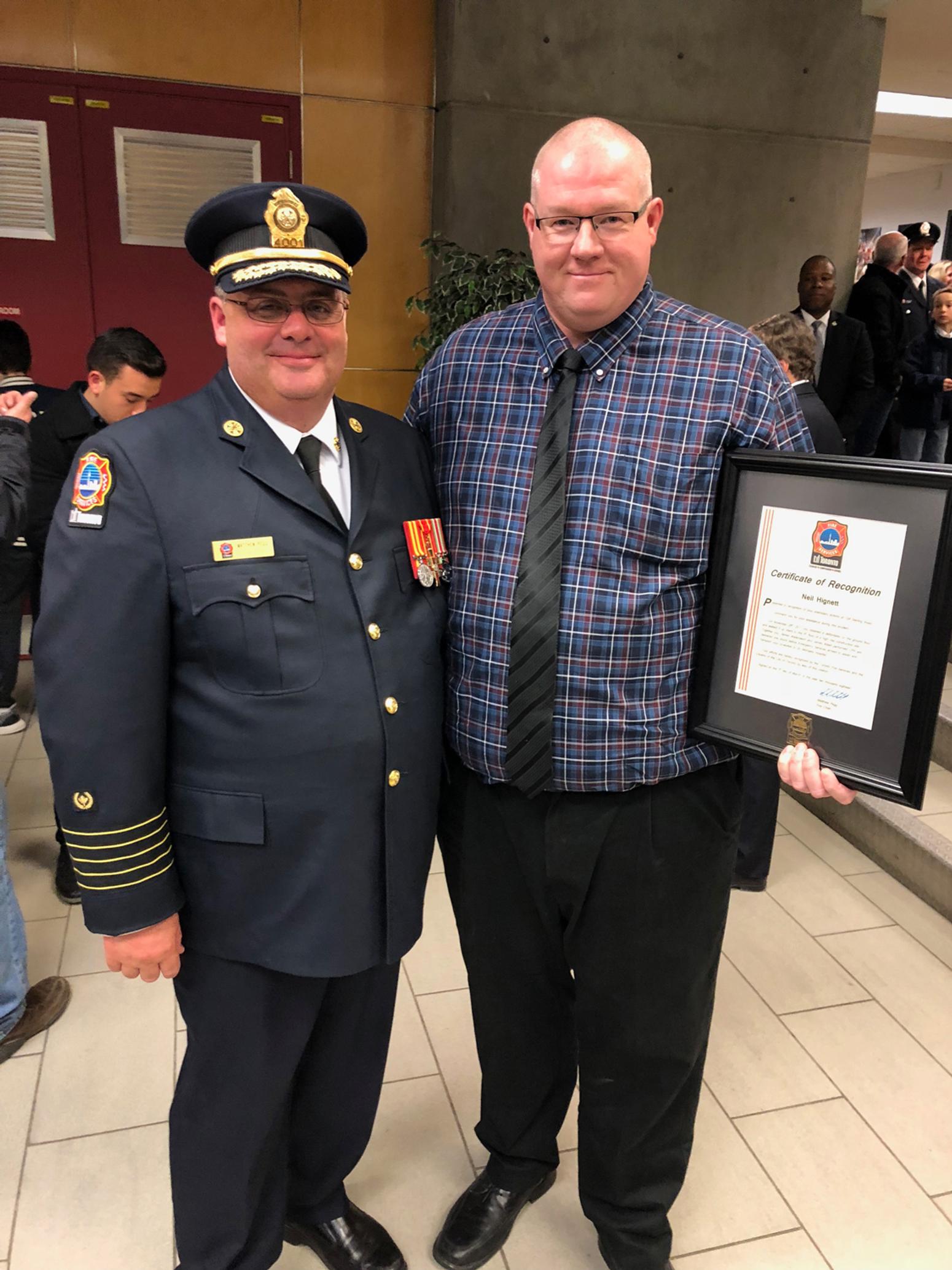 Neil Hignett, Health, Safety & Environmental Manager at EllisDon, was presented with the Certificate of Recognition by the Toronto Fire Services during a recent awards ceremony in honour of his heroic actions that saved a life following an incident that occurred on a jobsite.On November 25th, 2016 at 7:30am Neil was sitting in his site trailer when an apprentice from a project across the street ran into the trailer looking for help. The apprentice alerted Neil and the team that his foreman, a man in his 50’s, had suddenly collapsed.Immediately taking action, Neil instructed another worker to call 9-1-1 and rushed over to the other site and up to the fifth floor. The project at the time took place in a 100 year old building where the same level of stairs would have been equivalent to the eighth floor on a modern day building. With no hoist in place, the only way for anything or anyone to get up and down was by stairs, which further delayed the arrival of any additional support.Once Neil reached the foreman, another worker had already been performing CPR. Quickly realizing the severity of the situation, Neil called out to the workers in the trailer to bring a defibrillator and took over CPR when he couldn’t find a pulse. When the defibrillator arrived he administered shock to regain a pulse and resumed CPR. For over 10 minutes Neil continued his efforts until EMS arrived at the scene. First responders were able to stabilize the man and transport him to the hospital where he later made a full recovery. 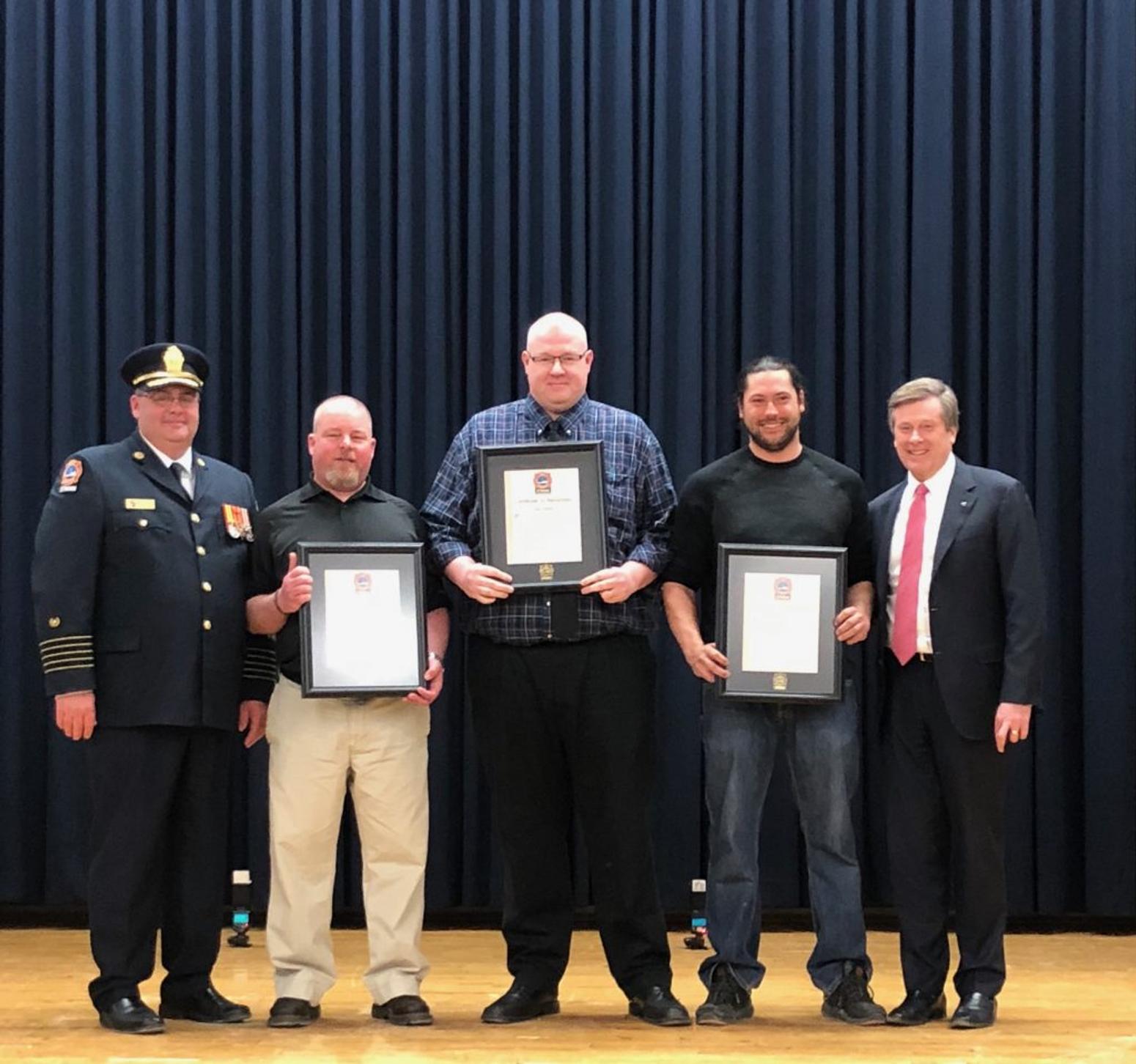 As a result of his actions that day, Neil was recognized by the Toronto Fire Service and awarded the Certificate of Recognition. More importantly, however, on that day he saved a life and had it not been for his quick instincts and persistence, the result could have been drastically different.What started out as a regular work day turned out to be a day that would never be forgotten, reminding everyone the value of life and how quickly things can change. Neil puts it into perspective, “every day we are concerned about all of our daily activities, and within an instant, our priorities can suddenly change. Life is very precious, and we need to show that we care for one another. Life is too short not to.”EllisDon is proud to have people like Neil who look out for one another and put health and safety above all else. Thank you and congratulations Neil!