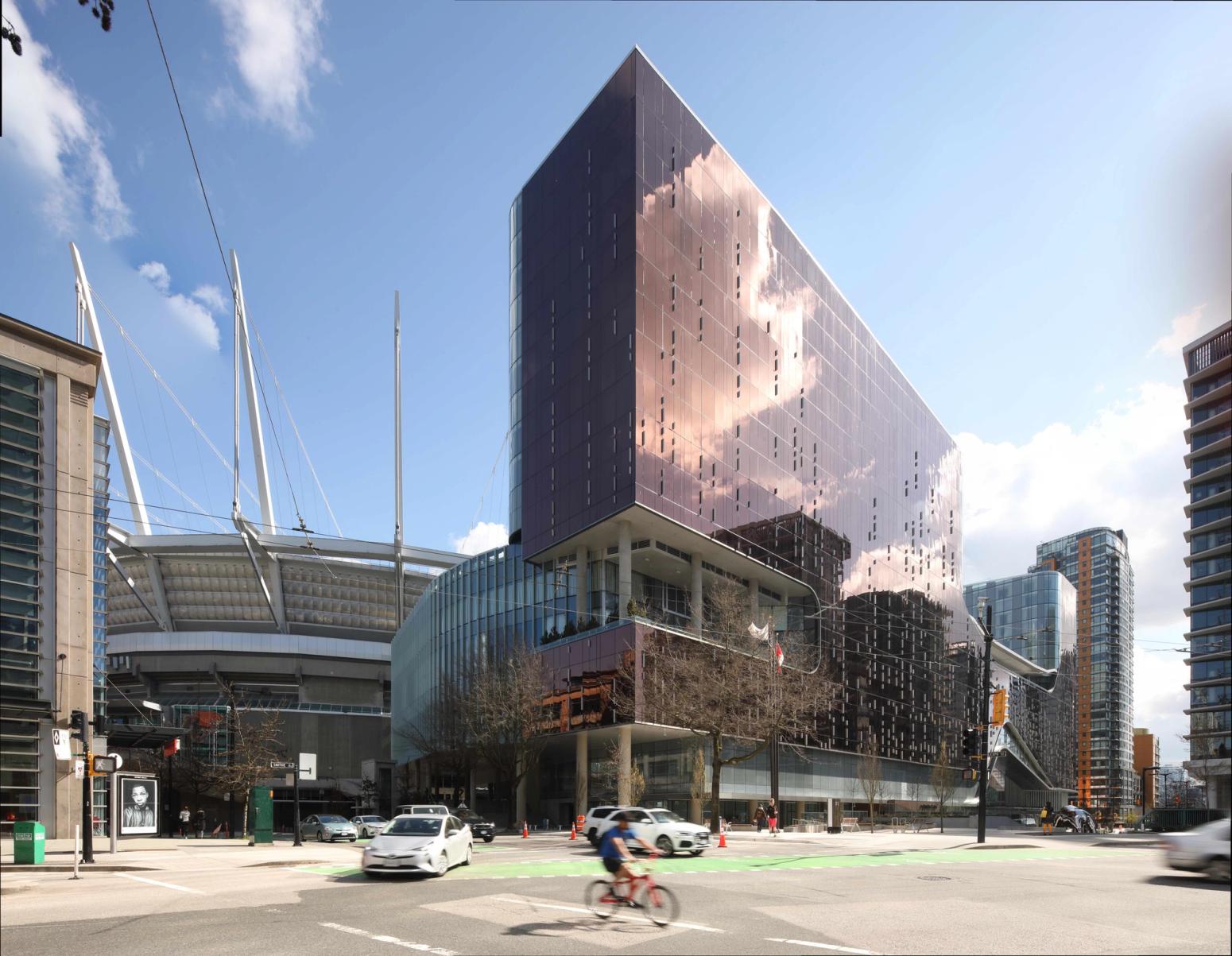 Social employment programs have seen great success in providing opportunities on site for individuals with significant social barriers, and on EllisDon projects we have witnessed the benefits of these programs first hand. Engaging local Indigenous communities on projects has given us deep insight into the needs of our communities and helped us establish networks that keep giving back, long after the projects are complete. As part of our National Indigenous People’s Day celebration today, we’re taking a look back at the success stories that have emerged from our most recent Indigenous partnerships.Human Resources and Skills Development Canada has identified Indigenous youth between the ages of 15 and 30 as the fastest-growing population segment in Canada – with a sizeable under-25 population eager to fulfill its potential. On our recently completed Parq Vancouver project, we implemented an employment program to ensure no less than 10% of the project’s workforce came from the immediate downtown community, with priority given to those with barriers to employment. Through working with various social enterprises and Indigenous Training Centres, we doubled this requirement with a final number of 20.88%. This ultimately amounted to over 400,000 work hours contributed to the project. 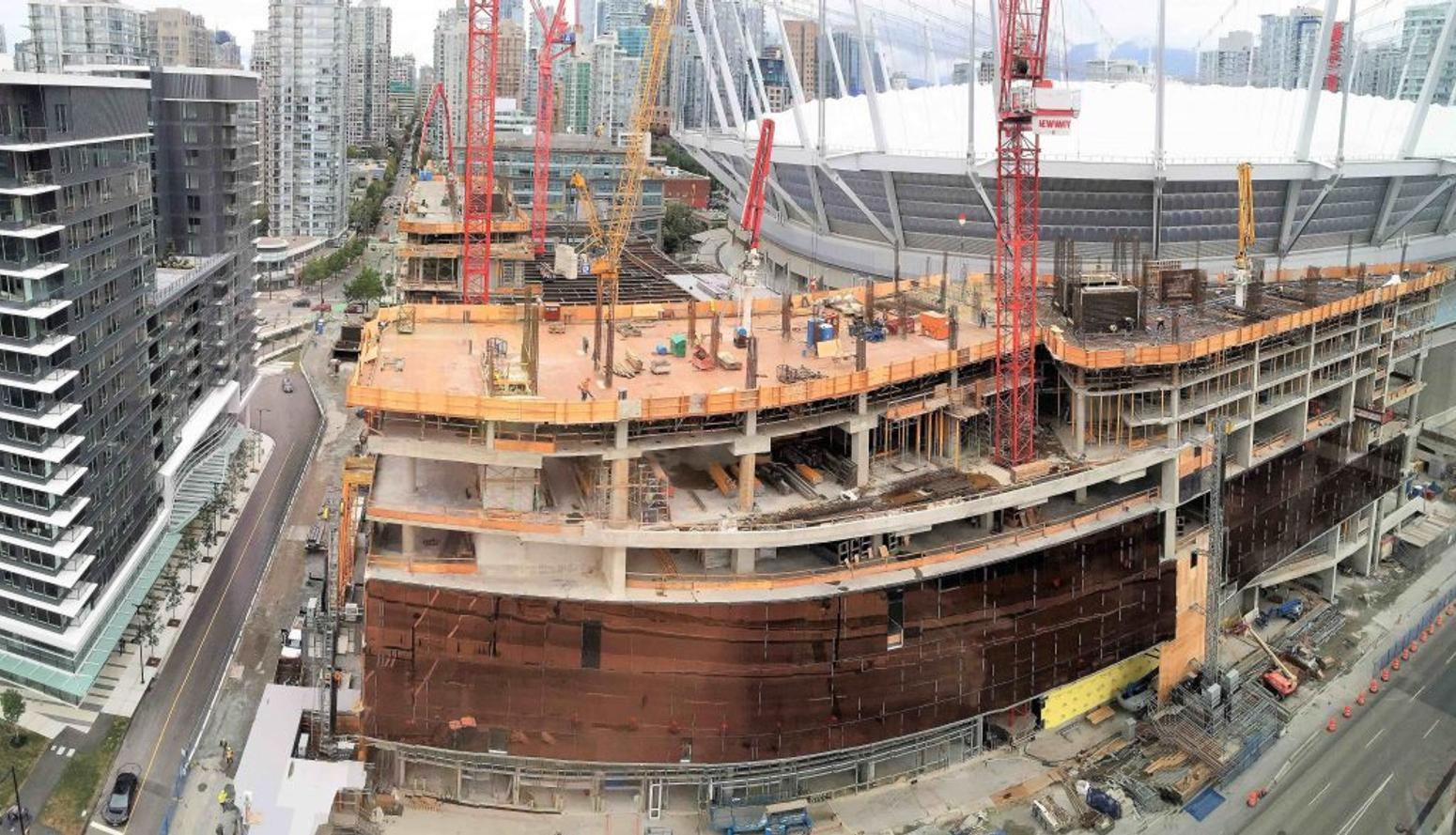 Parq Vancouver was also the largest opportunity for our Vancouver team to build strong relationships within Indigenous communities. The social employment program implemented on this project was driven by the city's new legal requirement on developments, which mandates 10% of the workforce to be sourced from the immediate Vancouver community. Additionally, priority is given to those with barriers to employment, Indigenous peoples, and social employment groups such as Embers Staffing and BladeRunners.Embers Staffing is a local non-profit staffing agency that focuses on providing employment opportunities and training to those with barriers to employment. Embers provided EllisDon with well-supported trades and subcontractors for Parq, and a streamlined hiring process that was instrumental in the success of our initiative. Embers contributed over 50 workers per day on the Parq site. In addition to sourcing and hiring, they provided training programs to facilitate worker advancement which allowed many workers to start on the project in entry-level labour positions and finish in management positions. We were also able to reach Vancouver’s urban Indigenous community through the BladeRunners Program which is a part of ACCESS (Aboriginal Community Career Employment Services Society) Trades. BladeRunners is a mentorship program that helps Indigenous youth with barriers to employment find success in the construction trades. EllisDon’s strong relationship with BladeRunners led to employment sourcing opportunities on many of our projects. 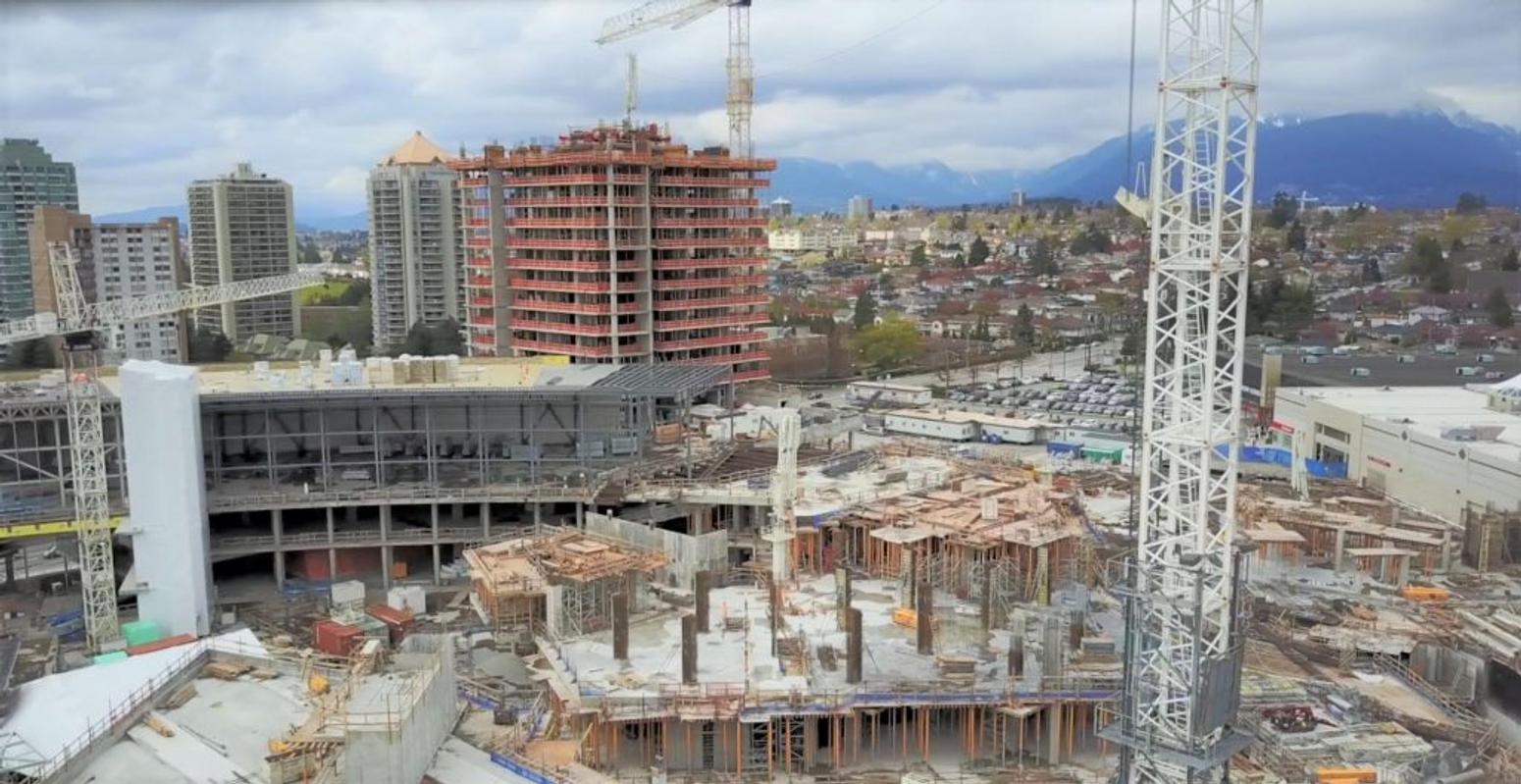 “EllisDon is a proud supporter of the BladeRunners Program. Our partnership started in 2015 on the construction phase of Parq Vancouver and has continued onto Brentwood Mall. We've hired, with support from our subtrades, over 50 Indigenous youth from BladeRunners, and look forward to hiring many more on upcoming projects such as Oakridge Centre Redevelopment & 400 W Georgia Street,” says Garry Jobin, of ACCESS.The success in sourcing and connecting trades with manpower on Parq led to a similar interest on other project sites for BladeRunners, especially given the current trade worker shortage in the construction industry. 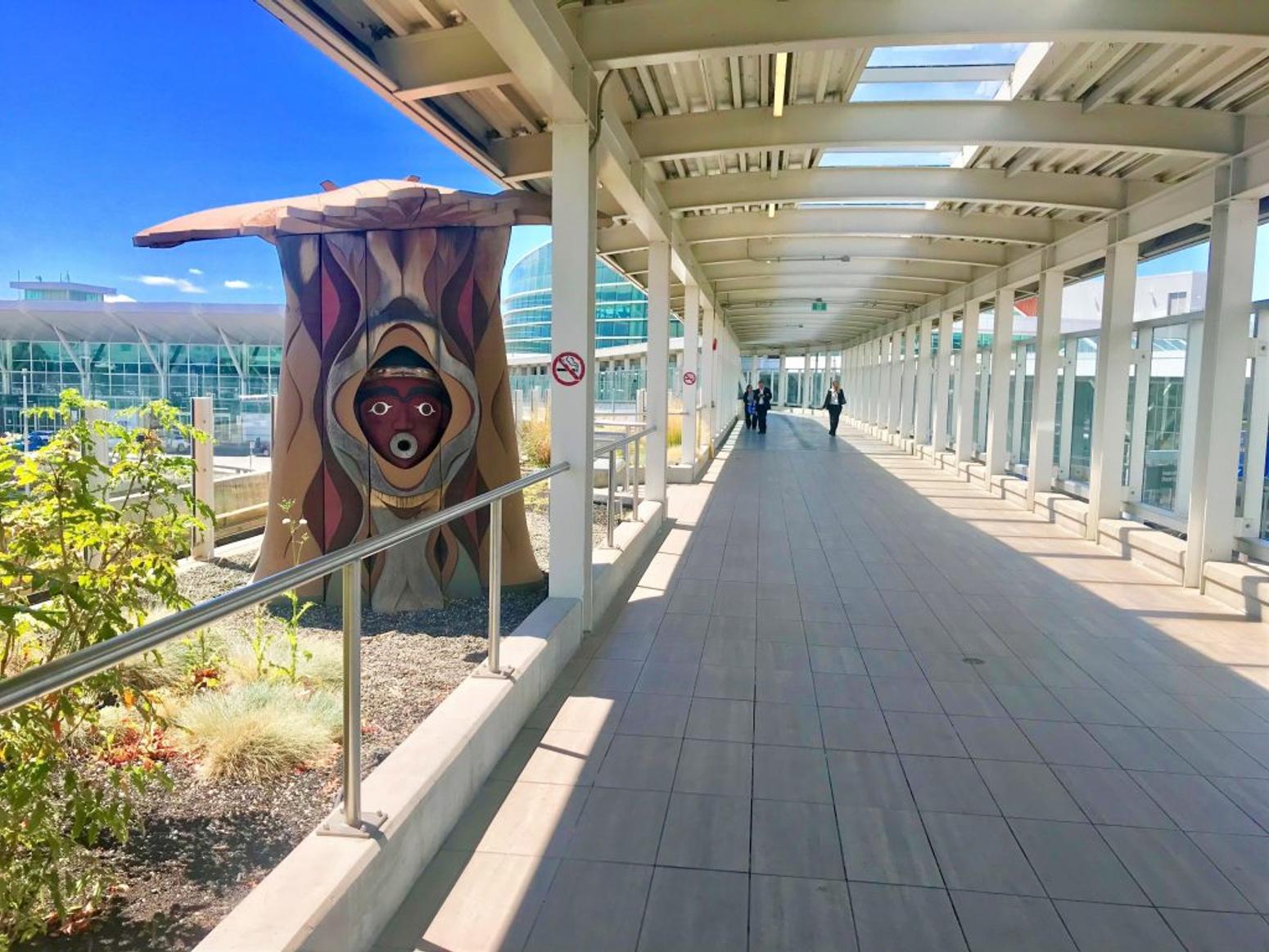 In 2017, the Vancouver International Airport (YVR) signed a friendship and sustainability agreement with the Musqueam Indian Band which involved the employment of Musqueam workers wherever possible. Subsequently, on our ongoing YVR CORE projects, EllisDon is working with all subcontractor partners to hire local Musqueam community members when possible. At the beginning of the project, EllisDon management staff, along with the YVR team, met with Musqueam leaders to discuss the best approach and avenues for achieving these goals.“We have had Musqueam and other Indigenous workers engaged by our civil subcontractor Hall, formwork subcontractor EllisDon Forming, and waterproofing subcontractor Greer. Hall had three different Musqueam staff engaged as labourers assisting with site works. EllisDon Forming had one Musqueam staff member engaged, and Greer had one installer and other workers from the Similkameen and Mount Currie First Nations engaged,” James Broadhurst, ED Quality Control Manager (YVR Core)Having Musqueam members on board the project team meant that the project was exposed to better resources, could benefit from local knowledge and expertise, and the team could ensure they were doing right by the project’s traditional landholders. 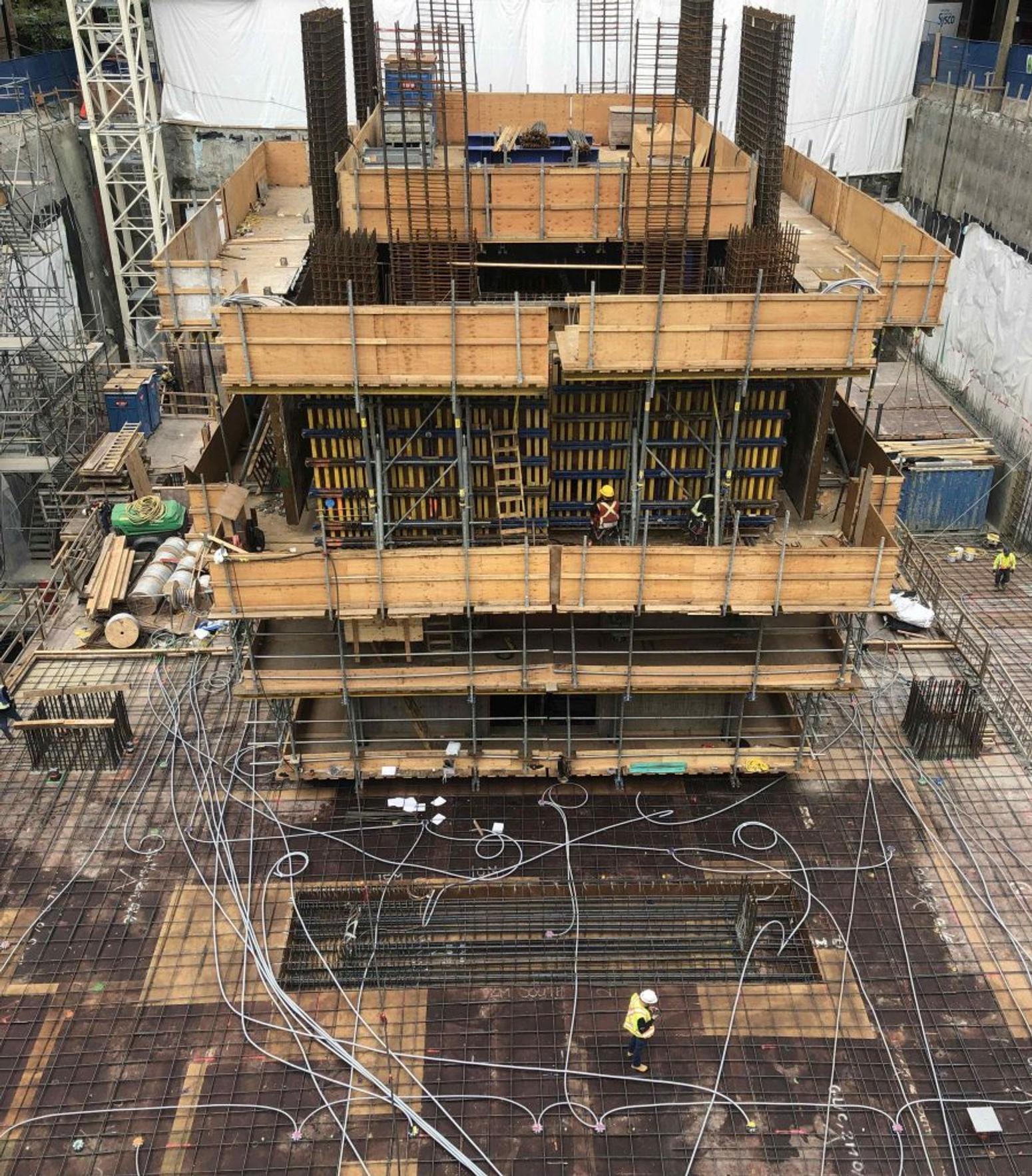 These programs have huge social benefits, providing interested workers with good jobs and have helped integrate youth into large companies that up-skill them, and contribute to their professional development. The programs also open doors for future employment opportunities by allowing workers to build social networks within the industry.Without a doubt, the benefits of social employment programs run both ways. Jeff Waters, EllisDon’s Integration Coordinator on Parq, was able to build relationships with groups outside of traditional industry circles, and was exposed to different perspectives from all parties involved. Jeff developed an in-house reporting system to track the project’s compliance, gathered hiring and employment data from trades and subcontractors, and built relationships with Indigenous communities and social employment groups to foster sourcing/hiring of new workers on the project.“The most rewarding part of the job was seeing the impact EllisDon had on individual lives. My biggest takeaway for future initiatives was that EllisDon being a strong community partner - with a reputation of hiring locally and providing jobs to those with barriers to employment, is ultimately an important quality that clients recognize and appreciate,” says Jeff Waters, EllisDon Integration CoordinatorEllisDon turns to the community first when it comes to hiring, sub-contracting, consulting and sponsorship opportunities. The success of championing Indigenous staffing on some of our biggest projects, like the two above, has encouraged our teams to gain a better understanding of Indigenous partnerships and to feel motivated about implementing change as equal partners to Indigenous communities.We hope our successful partnerships inspire more businesses to invest in Indigenous talent pools and create a winning case for other similar initiatives.Happy Indigenous People’s Day!