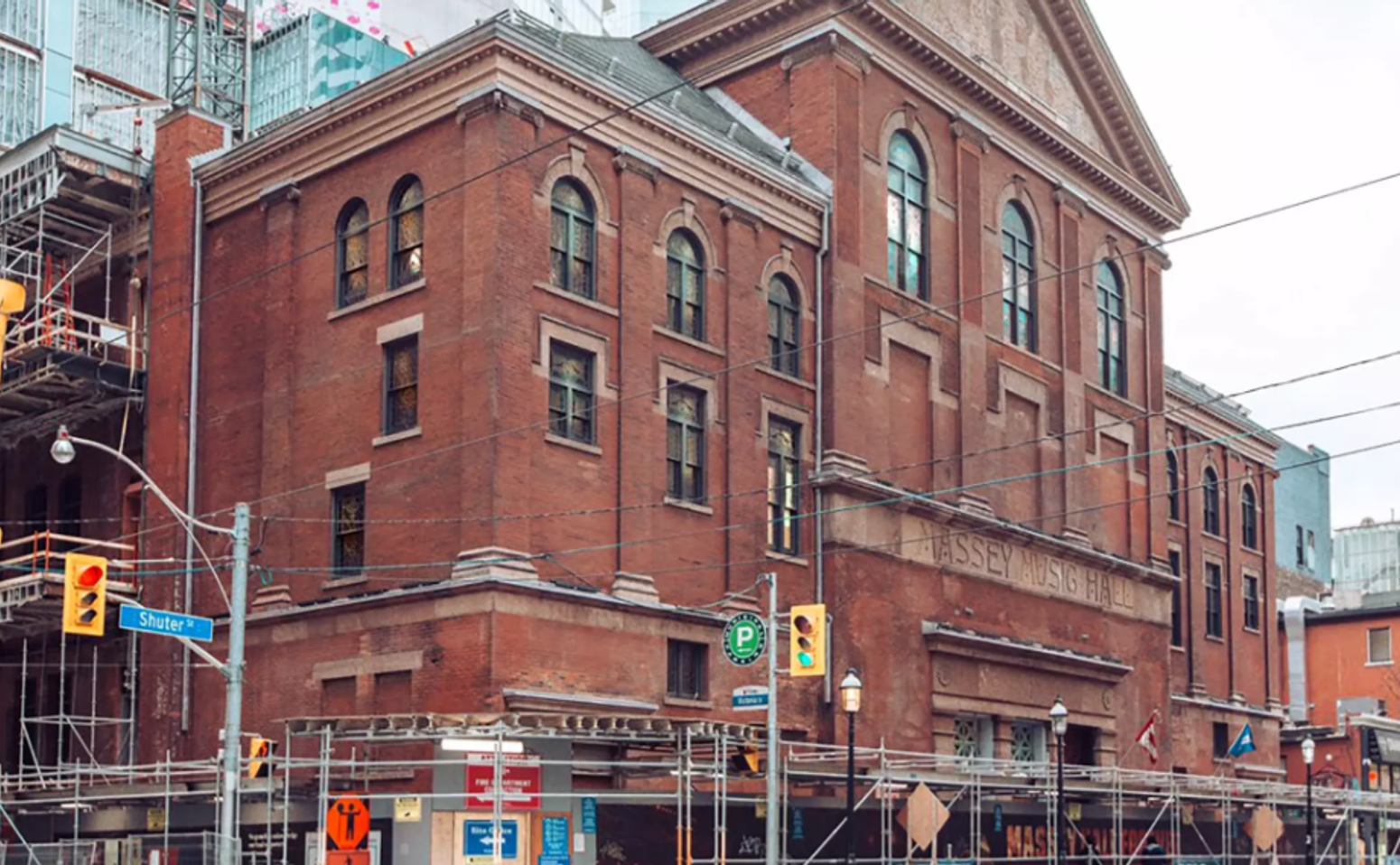 Article by Becky Robertson for BlogTO

Music fans were pretty crushed when Toronto's 126-year-old Massey Hall, long overdue for a facelift, closed its doors to the public in July 2018 to undergo at least two years and $135 million in renovations.The work — which has ended up somewhat well-timed given that COVID-19 has put a damper on concerts and all other largescale events for the foreseeable future — has included the addition of a new loading dock and backstage area, upgraded technical facilities, all-new seats (and a retractable seating system), a seven-storey tower studio, and other major interior and exterior cleaning and restoration.Just this week, the iconic venue finally released a little sneak peek into the progress so far, with some huge changes to the outside of the heritage building already visible. 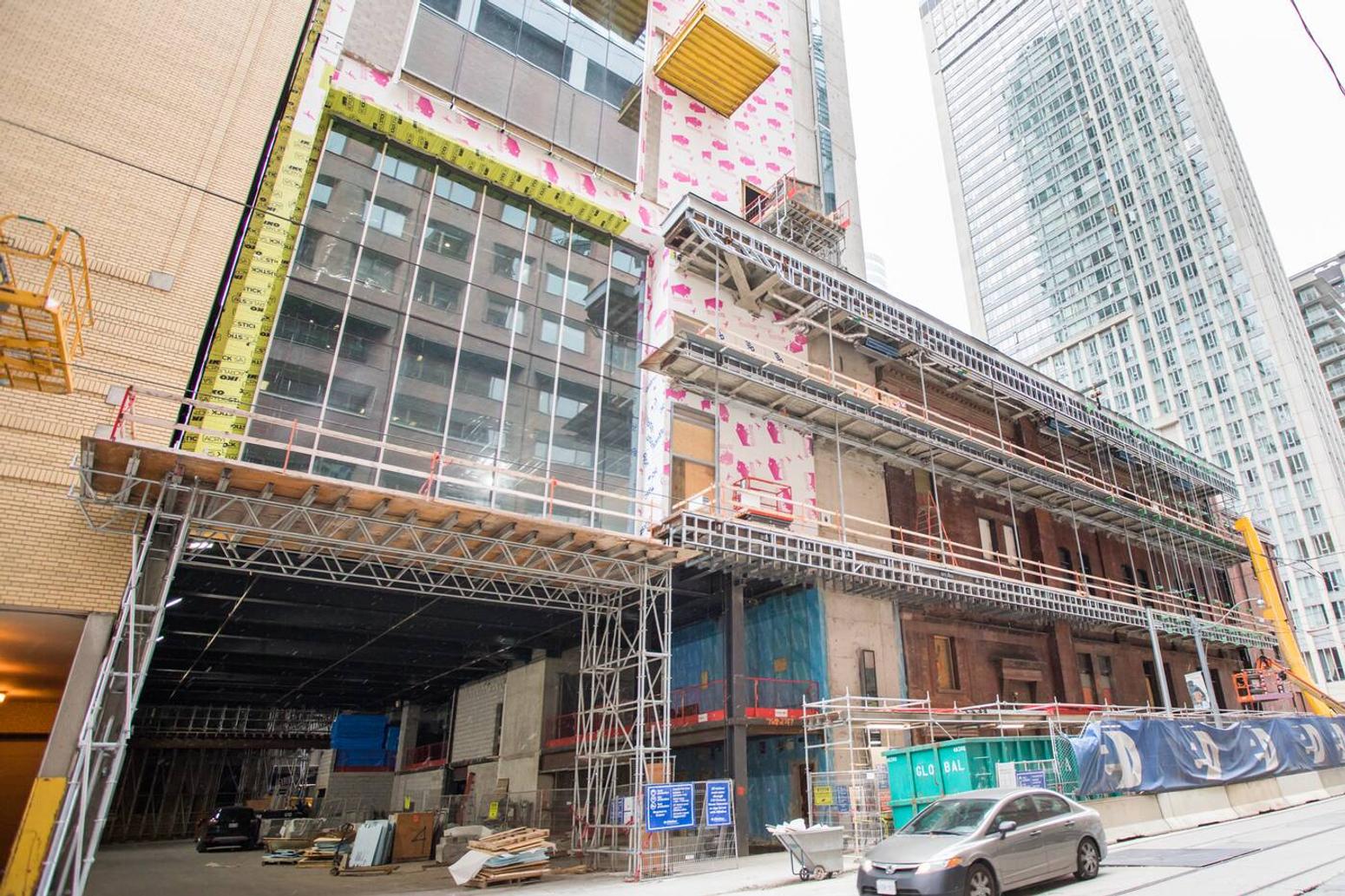 The side of the building and the new rear addition. Photo from Fareen Karim.For the first time in a long time, the exterior of the building was finally shown off momentarily on Thursday as scaffolding was removed, revealing refinished doors that more closely resemble how they looked when the theatre originally opened at 178 Victoria St., as well as a new stone sign bearing the name "Massey Music Hall," as it initially had back in the late 1800s and early 1900s.Some of the original stained glass windows from all the way back in 1894 have also been repaired and re-installed — a process that will be applied to the more than 100 of them in total, which have long been hidden behind plywood boards.And, the structure's characteristic fire escapes from 1911 have been, quite notably, permanently removed. 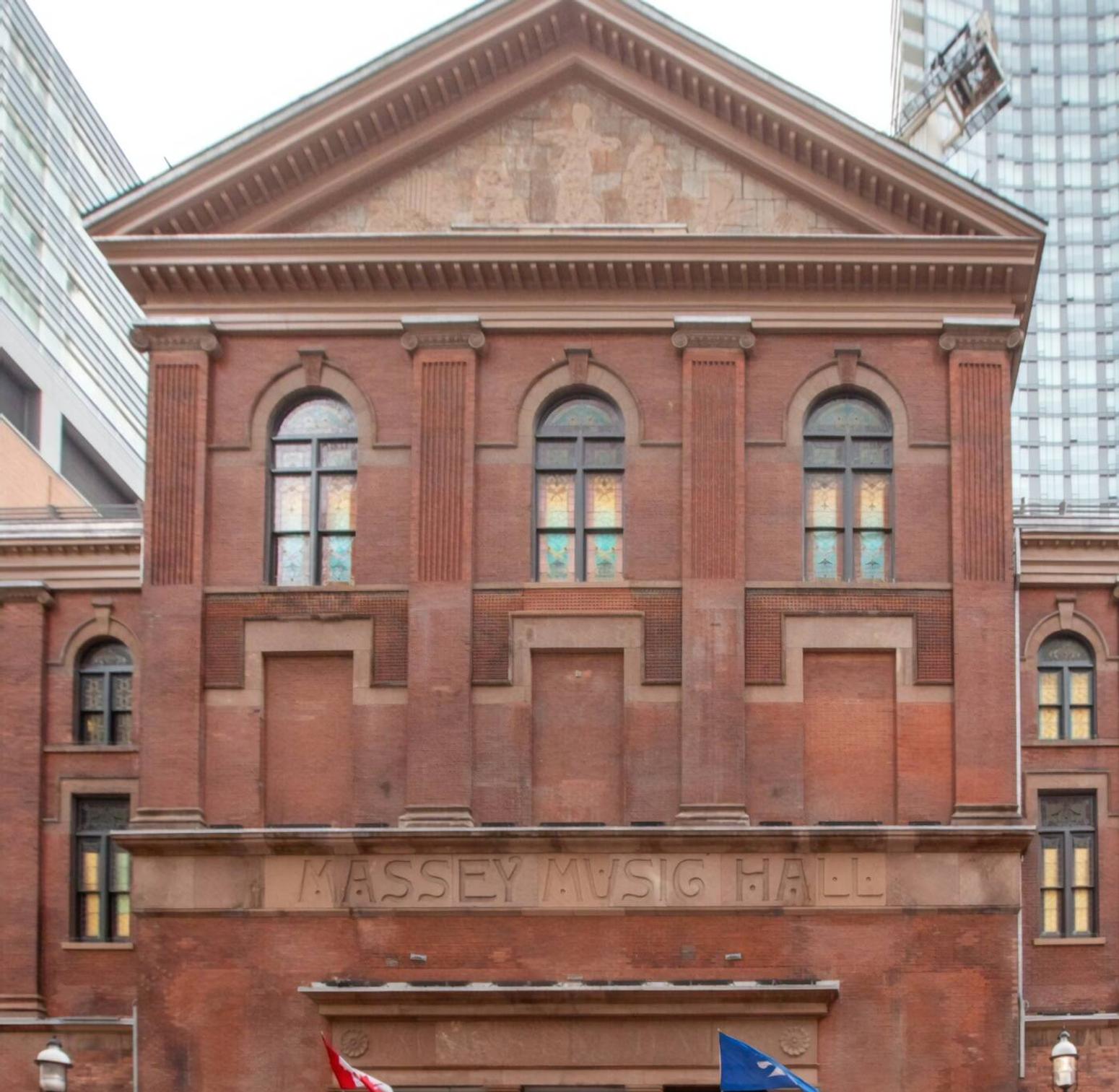 The new front of the building as of Oct. 29. Photo from Salina Kassam Photography via Massey Hall.Massey is not only a landmark for Toronto, but for all of Canada, as it was the first concert hall in the entire country, rendering it a recognized National Historic Site that has seen some of the most renowned names in musical history.There was a point during the renovations when theatre nerds could actually purchase one of the hall's 2,753 seats — the originals from the gallery, which weren't replaced like the orchestra and balcony seating was in 1948, showing just how significant the history of the venue is to people.Now, as the revitalization moves ahead, attendees can look forward to new enclosed outdoor walkways, reinforced and redone plaster ceilings, more accessibility features like a raised parterre, washrooms on every floor, a restored Art Deco-style lobby, better acoustics and the separation of the building into three different venues, including one in the basement bar, all hopefully by later this year.To read the full article, click HERE.