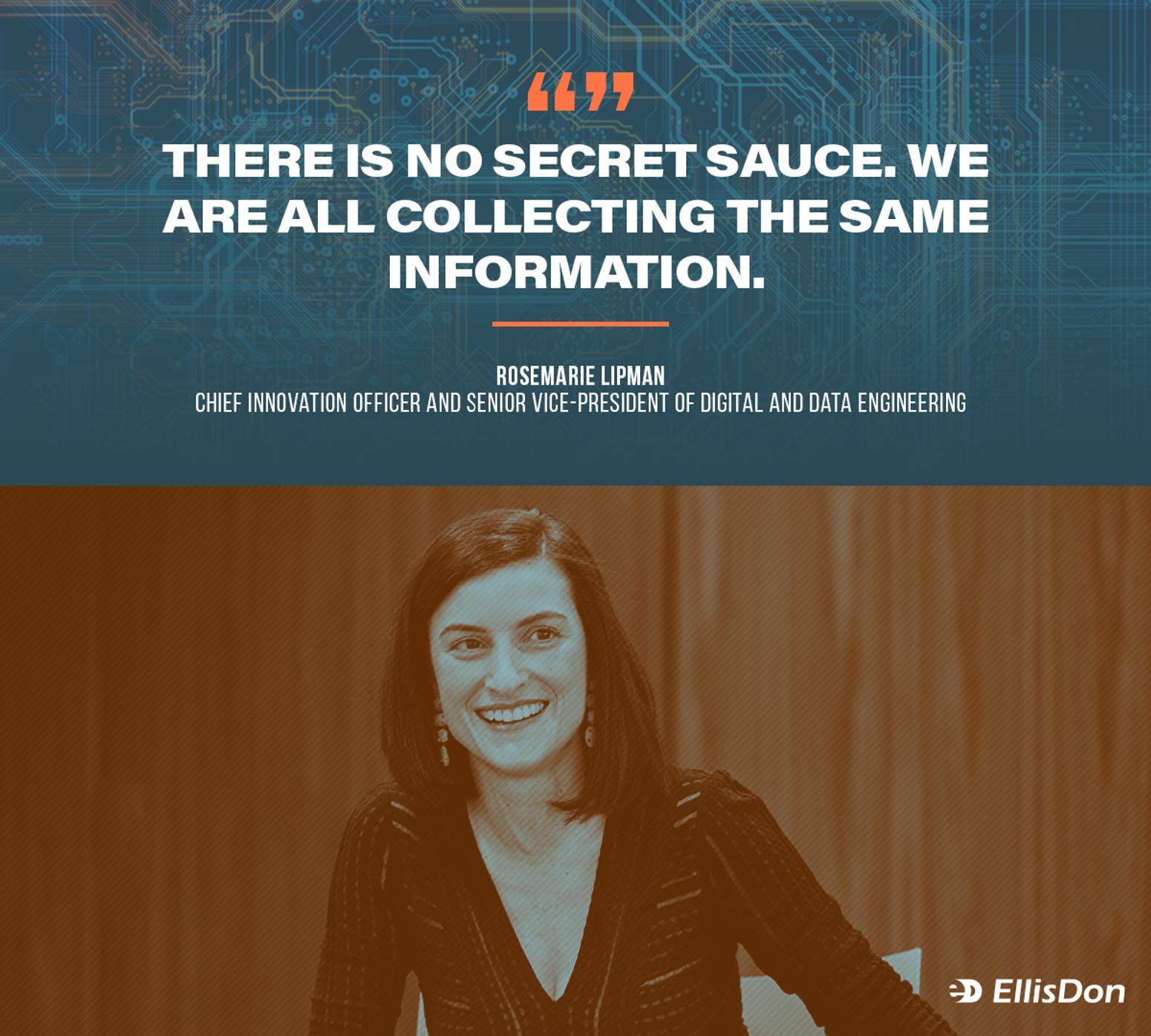 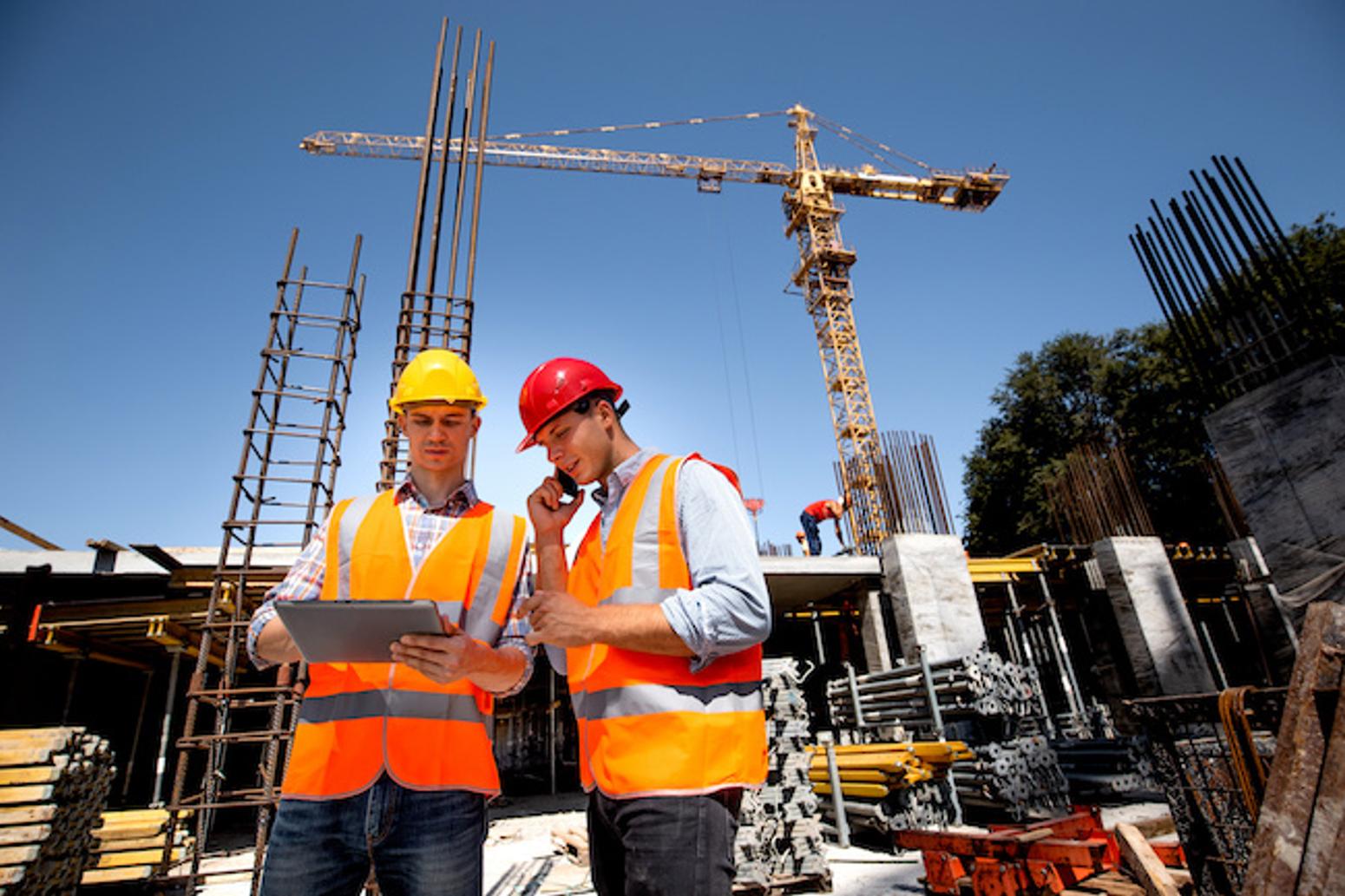 Like competitors in most industries, general contractors aren’t particularly good at sharing. Whether it’s facing off over a major contract, competing to attract the most promising talent, or striving to be the first to adopt a new technology, rivalries can be fierce.With that in mind, it’s no surprise that when Michael Ho, the CEO of Bespoke Metrics, set out to standardize how the Canadian construction industry manages risk and carries out counterparty assessments in 2016, it was an uphill battle.“The GCs for the most part are very fierce competitors, as is the broker, as are the insurance entities, as are the subcontractors,” Ho said. “The sharing of data, despite everyone using similar systems and collecting the same data, has not been strong in this industry. It just simply isn’t.”Working to change this insular approach, Bespoke Metrics has signed up a significant list of major general contractors over the past three years, including Buttcon Ltd., Eastern Construction, EllisDon Corp., Graham Group Ltd., Pomerleau Inc. and Stuart Olson Inc., among others.The Toronto-based tech firm has put together a suite of software solutions — known collectively as Compass — that streamline the pre-construction process by centralizing industry data. One key aspect of its platform, which is sold under a subscription-based model, is a prequalification tool GCs can use to vet subcontractors to ensure they’re capable of taking on various aspects of major projects. Instead of leaving each GC to their own devices when it comes to collecting data from subs, the tool stores all the information GCs need to carry out their assessments in a central hub and uses a series of models to help manage counterparty risk.“Not sharing information is just silly,” Ho said, adding that centralizing this type of data provides subcontractors much-needed technical support and helps protect their privacy. “Compass is simply catching construction up with what other industries have been doing for years.”Bespoke Metrics has spent several years operating behind-the-scenes perfecting its software. Last month, it officially launched its fully integrated suite of preconstruction software, combining prequalification, performance evaluation and bidding into what it calls the Compass suite.

A ‘ROTTEN TOMATOES’ SCORE FOR RISK

Carrying out financial risk assessments for subtrades is nothing new for contractors. To utilize subcontractor default insurance (SDI), for instance, GCs need to prequalify the companies they’re working with. The change is that up until now, most have been using internally-built systems or processes that don’t draw on wider industry data.“It was pretty ad hoc,” Dan Radu, supply chain manager with Graham, said of the company’s previous method for evaluating subcontractors. “It was really manual… It involved us doing a lot of the grunt work and actually going out and gather financials from the vendors. And not only do you have to gather them, you have to go through them, analyze them and score them. Then you would look at the scores and make your recommendations.”Graham has been using Bespoke Metrics’ software tools to assess the subtrades since February.“They’re going out and extracting all the information from the vendors,” Radu said. “They’re ensuring them that they’re submitted the right way. They apply their Q Scores on it, and it’s great because our risk people can just do proactive risk-type stuff. They can just look at what’s provided and make a decision as opposed to doing all the grunt work to get to that point.”To calculate the ‘Q Score’ — a measure of a subcontractor’s ability to meet its obligations on time and on budget — Bespoke Metrics uses a range of data points, including qualitative variables, financial information and health and safety records, among other inputs. It collects the information directly from subcontractors through a standard checklist it calls a Compass 1 Form.“The sub enters in their data and we verify their data,” Ho says. “It’s not an audit function, but we do look for accuracy. It’s very important because the next stage is dependent on the accuracy, completeness and the validity of that data.” 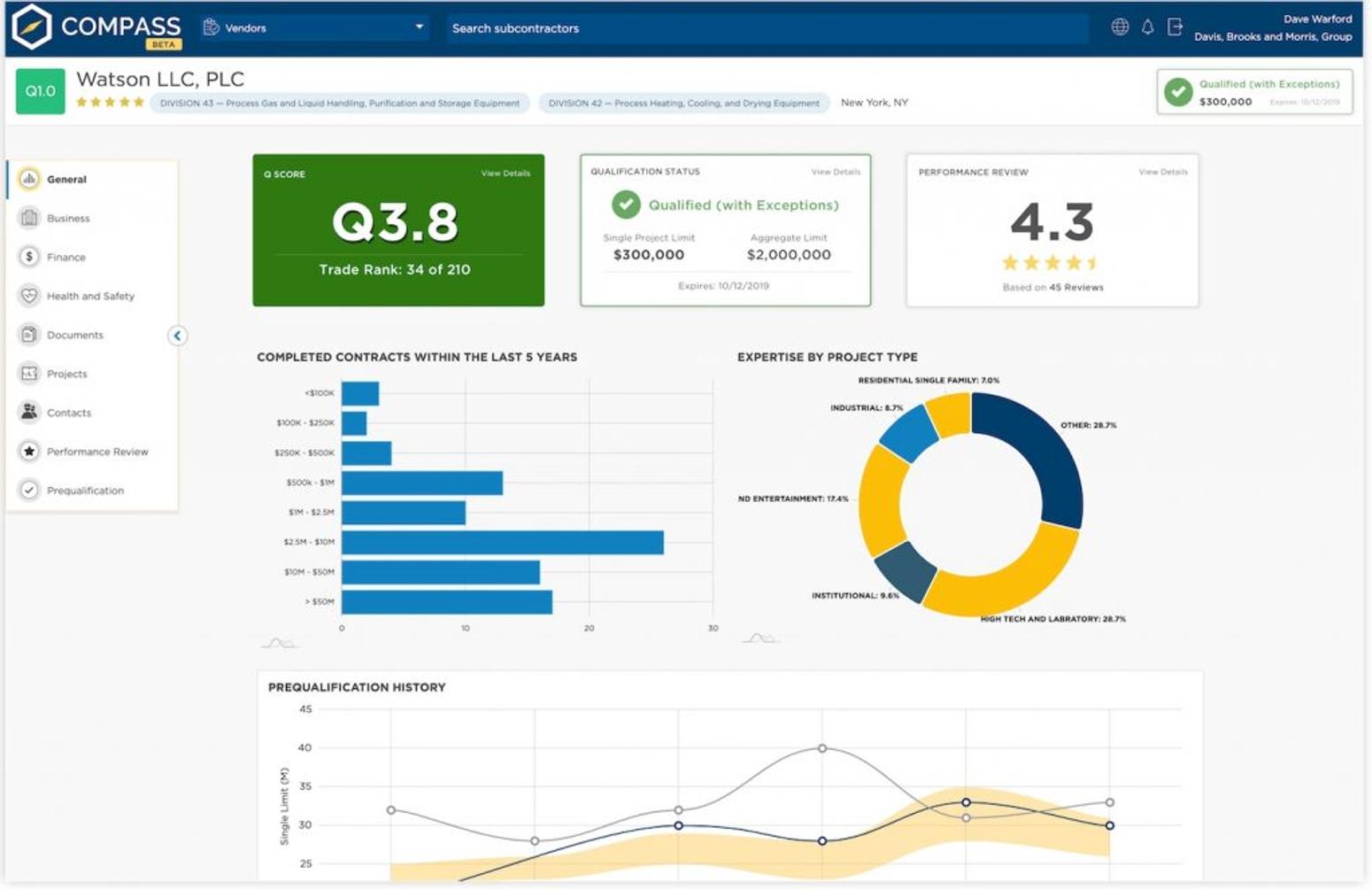 With the data in-hand, the company uses a number of custom-built models to create a relative risk curve for each sub that weighs their ability to perform a certain job on time and on budget. “It’s kind of like lining up the kids in class by height,” Ho adds. “There’s a tallest kid in class and there’s a shortest kid.”Though Graham is still in the process of phasing in the new tool, Radu expects it will allow the company’s risk team to look at a far greater number of projects. “What it’s going to enable us to do is to do more financial assessments on vendors, whereas in the old way we just wouldn’t have had the capacity to do it,” he said.In turn, Radu anticipates lower exposure to risk. “You can get hurt just as bad on the financial risk side as you can on the health and safety side, as far as projects being shut down because one of your trades went bankrupt or something like that.”Along with simplifying the pre-qual process for generals, Bespoke says the 1 Form makes life easier for the subs, which can submit their data to one central hub as opposed to answering requests from all the GCs they’re currently working with. Subcontractors are also in control of their data, meaning their information is only shared if they give the go-ahead. Moving forward, Ho said Compass will be focussed on increasing functionality and benefits for the entire subcontractor community.

Getting the industry to climb aboard has not been without its challenges.Right out of the gates, one of Ho’s major obstacles was overcoming the tendency of general contractors to shy away from technology their competitors are using. Proving Bespoke Metrics was dedicated to its third-party status was difficult, but slowly, the firm started to gain momentum.EllisDon was the first major GC to sign on.According to Rosemarie Lipman, the chief innovation officer and senior vice-president of Digital and Data Engineering at EllisDon, the contractor had been taking a close look at their risk management strategy, including the information they collected from their subcontractors, when they were first approached by Ho. EllisDon decided using a standardized tool would benefit both the company and the overall construction industry.“It was really this idea that there is no secret sauce,” Lipman said. “We are all collecting the same information. It is all driven by the [insurance] carriers and why don’t we make it easier for subcontractors to provide us with that information? And so, from EllisDon’s perspective, we wanted to facilitate that collection of information but also make it an industry tool and standardize it.”Along with embracing Bespoke Metrics’ Compass tool, EllisDon invested in the company in 2017. The terms of the deal meant EllisDon gained no operational control over Bespoke Metrics, leaving the company to serve the industry from an unbiased position.“We didn’t want it to be an EllisDon product… When we invested it was really to provide some seed money and get them up and running,” Lipman said. “We also contributed ten years of our prequalification data so they could optimize their model and then helped them with the concept. Since then, it’s really taken off and you have multiple national GCs providing feedback and input, and really, I think that’s why it’s such a robust product.”

Having taken a significant bite out of the Canadian construction industry — the company has about two dozen major GCs on board, as well as some 4,500 Canadian subcontractors in its system — Bespoke Metrics is beginning to think a bit bigger.It signed up its first U.S. client in September 2018 and has continued expanding its reach south of the border since. Currently, it’s operating throughout the West Coast and has established footholds in Illinois, Massachusetts, Michigan, Ohio, Tennessee and Texas.Compared to its growth in Canada, Ho said the company is expanding about twice as quickly in the U.S., largely thanks to having refined the product at home first. “The speed and the turnover and adoption has simply just been faster because it’s a product that’s go-to-market,” he said.Eventually the tech firm plans to go fully international and establish operations across North America, Western Europe and Australia.