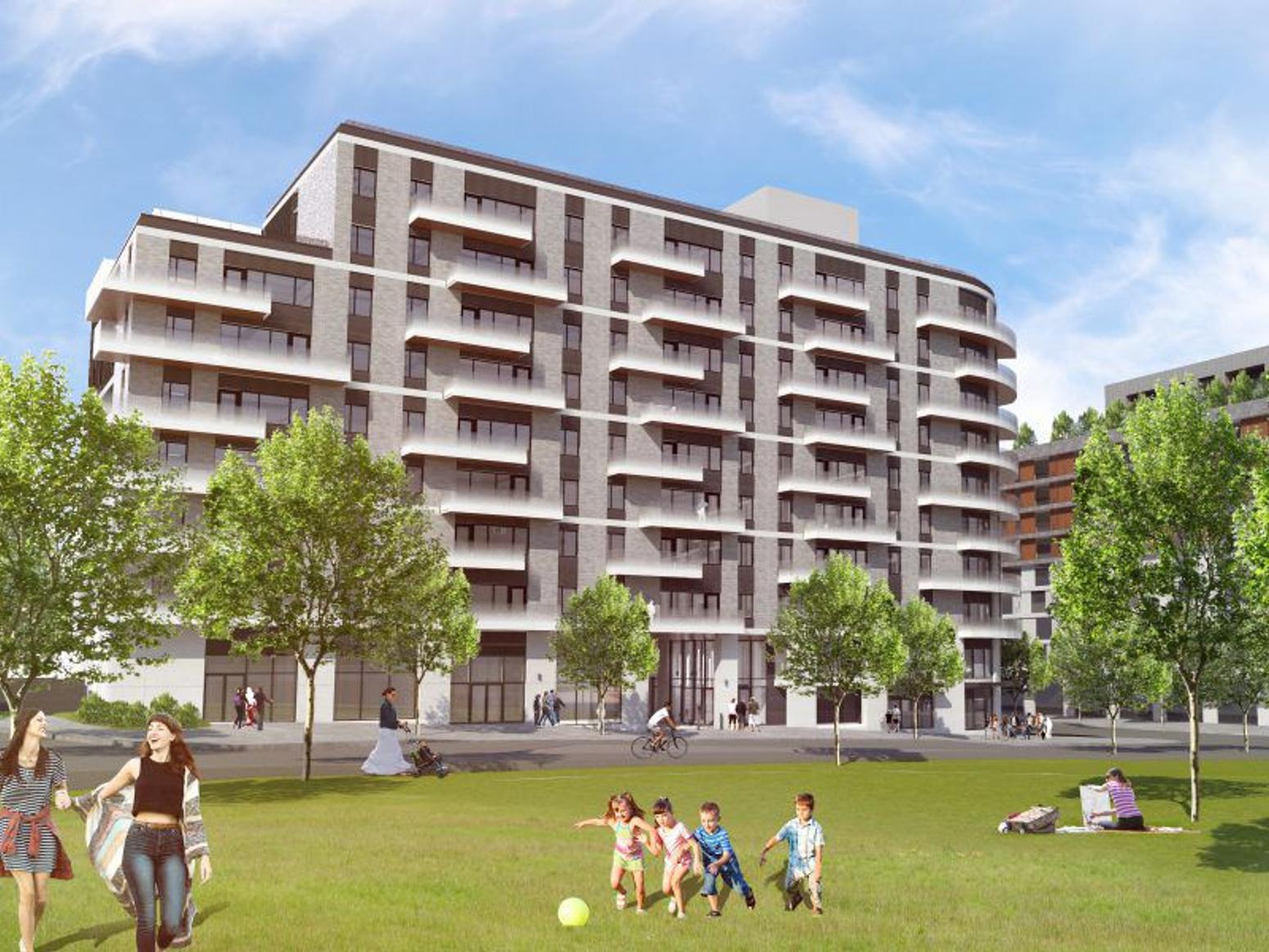 Article courtesy of Hank Daniszewski for The London Free Press

Sifton Properties has broken ground on the most energy efficient highrise building Ontario has ever seen.Helio is the name for the 10-storey apartment building that will be the centrepiece of Sifton’s ground-breaking West 5 development in northwest London.The $50-million, 115-unit apartment building will rise 10 storeys in the middle of the residential-commercial medium-density development that will be Ontario’s first solar-powered community.Neil Carter, director of commercial construction for Sifton, said the goal was to have the Helio as a net-zero building — producing as much energy as the occupants consume.But he said the density of the building and the lack of roof space for solar made that impractical.“We crammed as much solar as possible to get it to net-zero but we got to about 50 per cent,” said Carter.The roof and parking canopy solar panels will produce about 750 kilowatts of power. But the superior HVAC system, lighting insulation and windows will make Helio 70 to 80 per cent more energy efficient than a standard building.Helio will take about 20 months to complete, and three more similar-sized residential highrises will be constructed nearby.West 5 will eventually have about 2,000 residential units, including townhouses and lowrise and highrise units, along with ground-floor and stand-alone commercial units.The heart of the community will be a central square for events such as movies, concerts or yoga classes.Every building and even the parking lots will feature solar panels that feed eight megawatts of electricity into the grid — enough to cover all the power the community uses.Sifton said it’s the higher density that makes the solar-sufficiency possible.The first space to be occupied on the 28-hectare site was the new Sifton corporate headquarters, which was completed in January last yearThat was followed by the construction of 87 one-to-three storey townhouses, a project that will be completed. About 75 per cent of those units are already occupied.Another 72 townhouses will be constructed when the first phase is done.A 100-unit retirement apartment complex will start later this year or early next year.A commercial building holding a veterinary business just opened and another four-storey office building is under construction.There won’t be any single-family homes in West Five because multi-family homes are more practical to produce solar power.