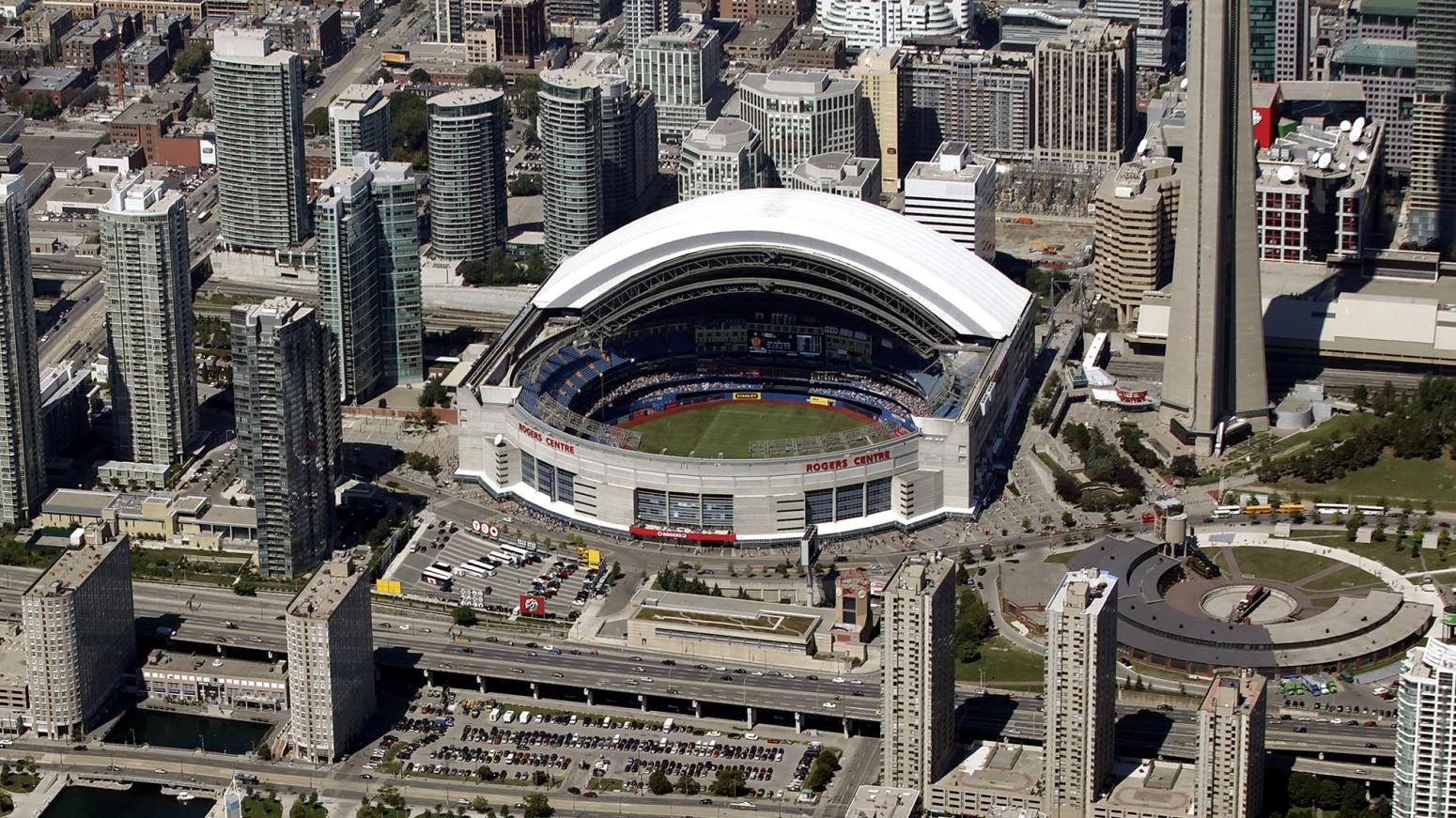 Article courtesy of Lindsey Cole for the Daily Commercial News

Lloyd Keller will never forget the first time he saw the roof move on the SkyDome in Toronto.It was before the grand opening on June 3, 1989 — before the large spectacle with all eyes watching as the sky began to peek through the first stadium with a fully retractable roof.It was January 1989 when the first test of the moveable roof panels took place.Consisting of 339,343 square feet in area, weighing 11,000 tonnes and reaching a height of 282 feet, Keller says it was remarkable how quiet the roof was when moved."It was quite a thing to see because it was such a massive element," he recalls. "When you looked up at it and you're watching this thing moving, you had to look back down again to get your bearings. It was something else." 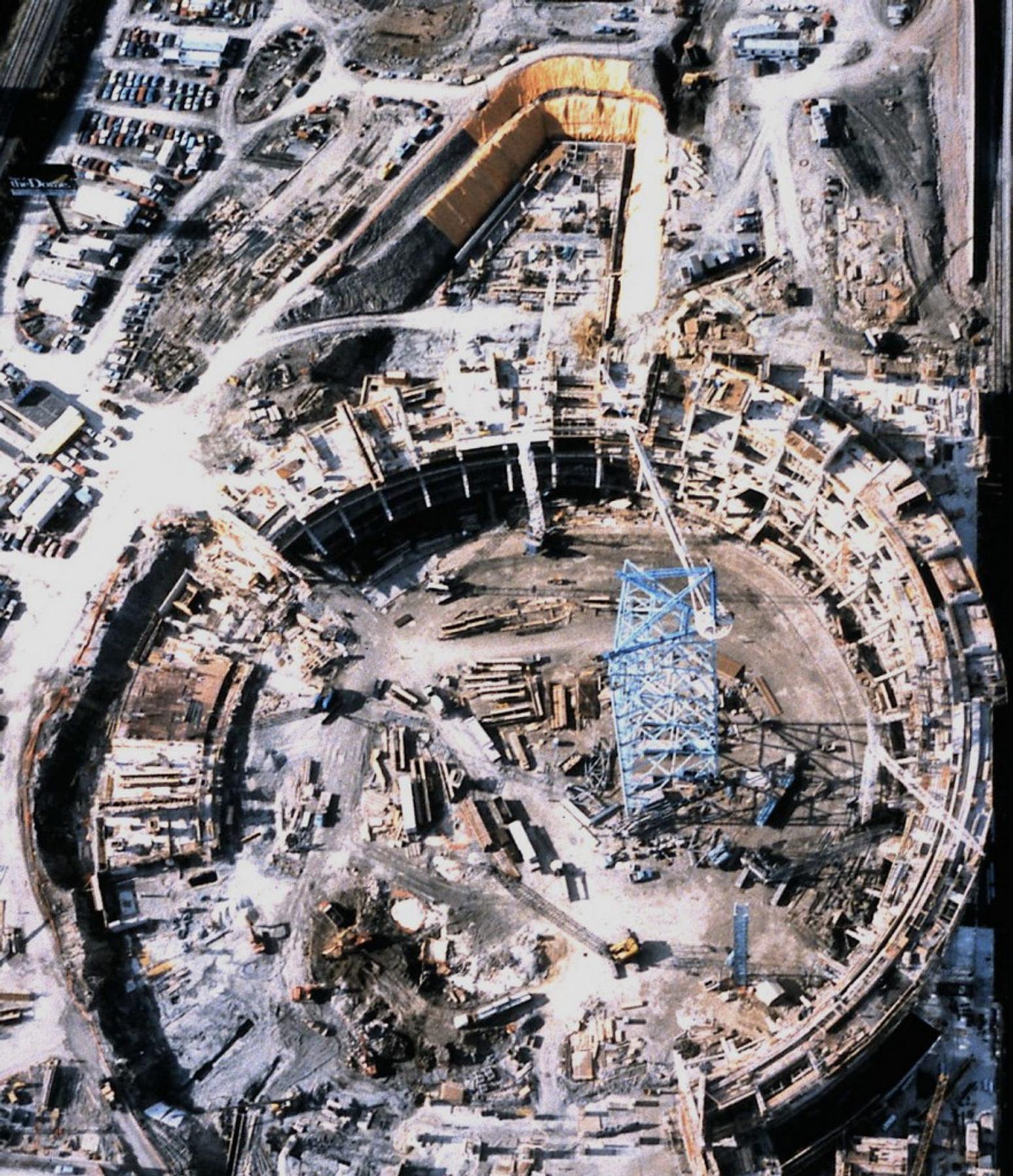 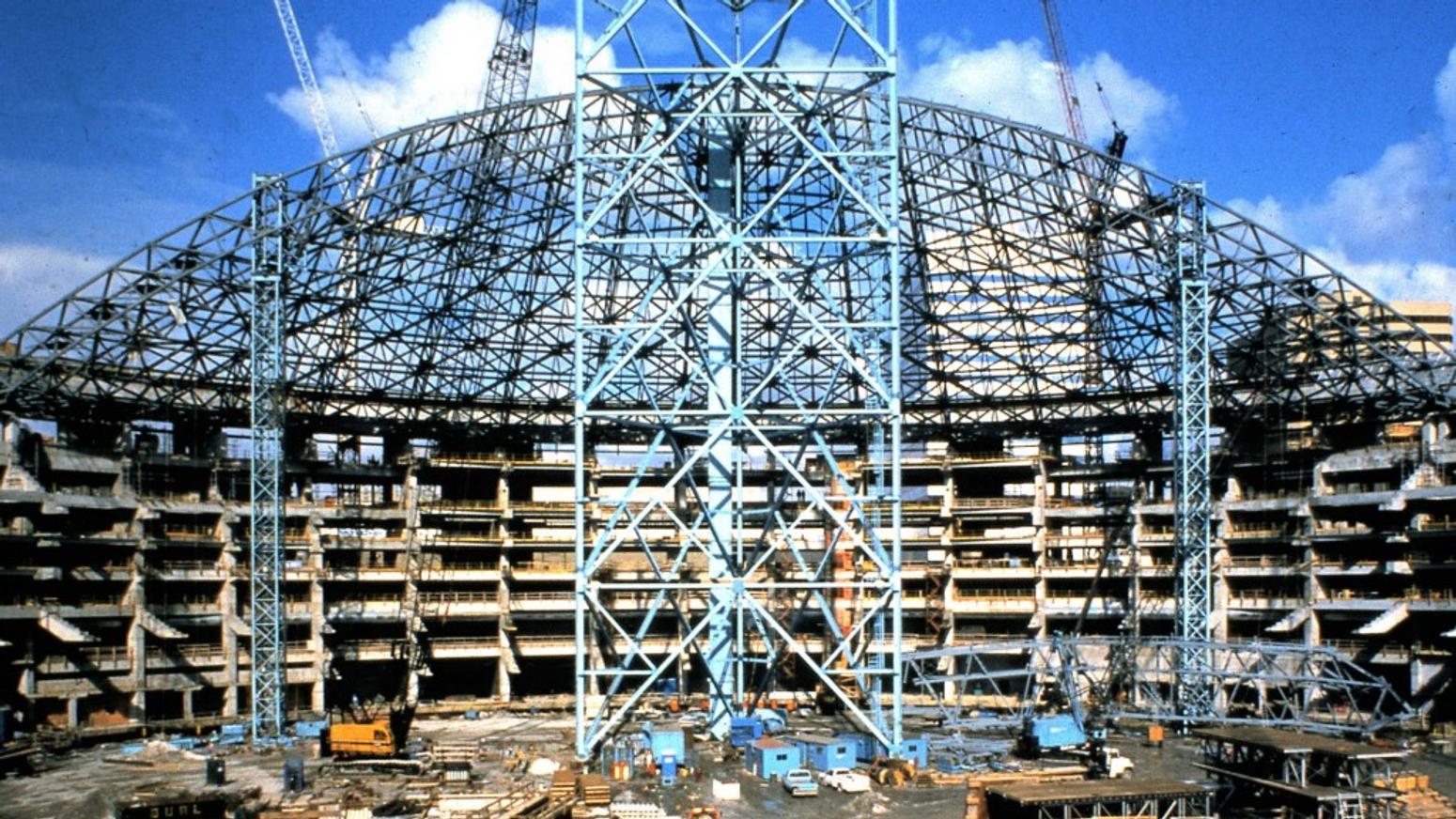 The roof on what is now called the Rogers Centre features three moveable panels and one stationary panel. Panels 2 and 3 slide on parallel rails while panel 1 slides on a circular rail "tucking" underneath 2 and 3, the company explains.Keller, who currently works for EllisDon in Construction Sciences, was recruited by the company to help set up and operate a joint venture for the precast elements of the SkyDome.He says while the roof was literally quiet when it moved, the hype around the building's construction made a lot of noise."There was a lot of buzz. It was a popular project to be working on and you felt that everywhere you went," he explains. "It was something unique, different and innovative." 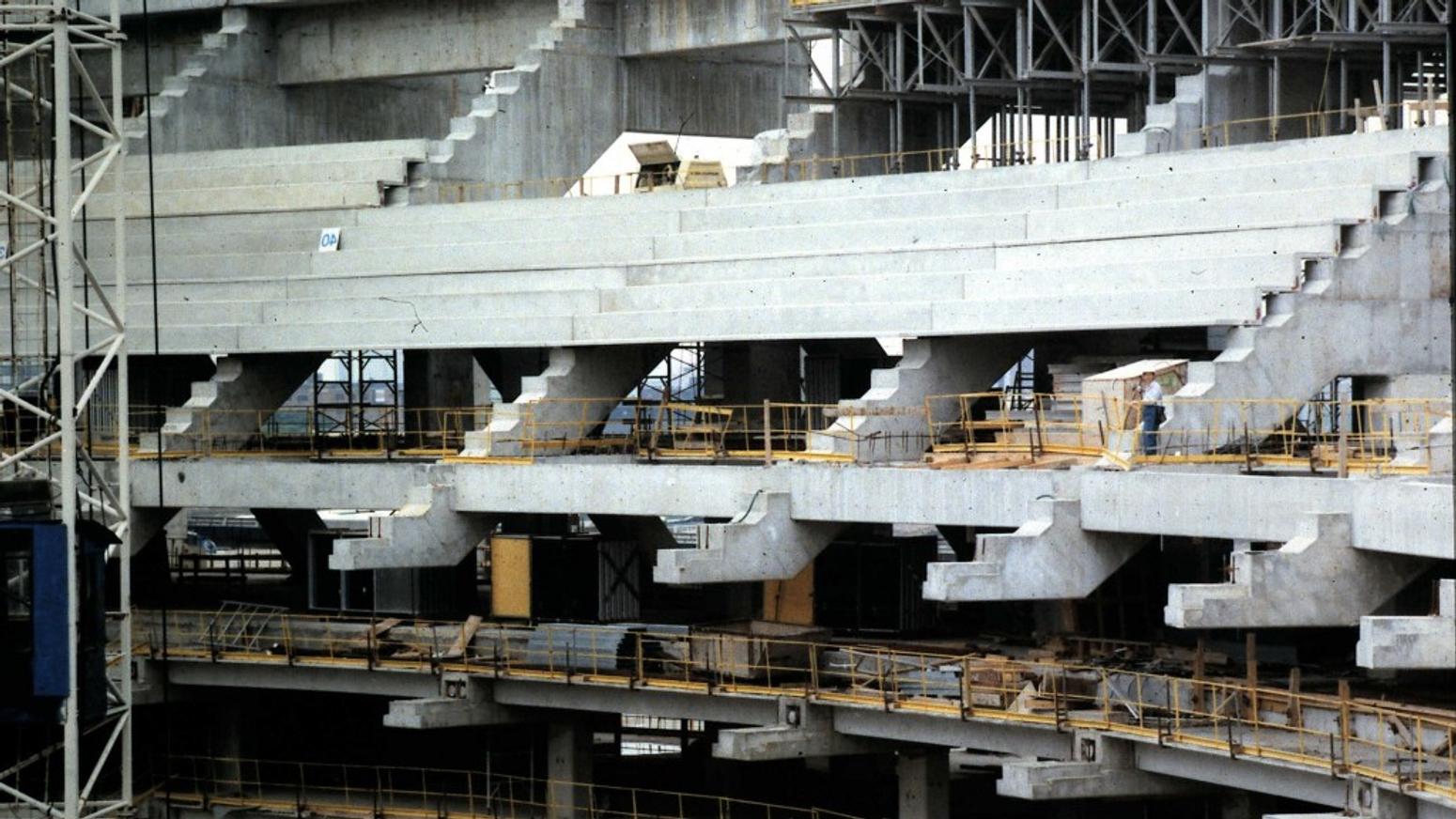 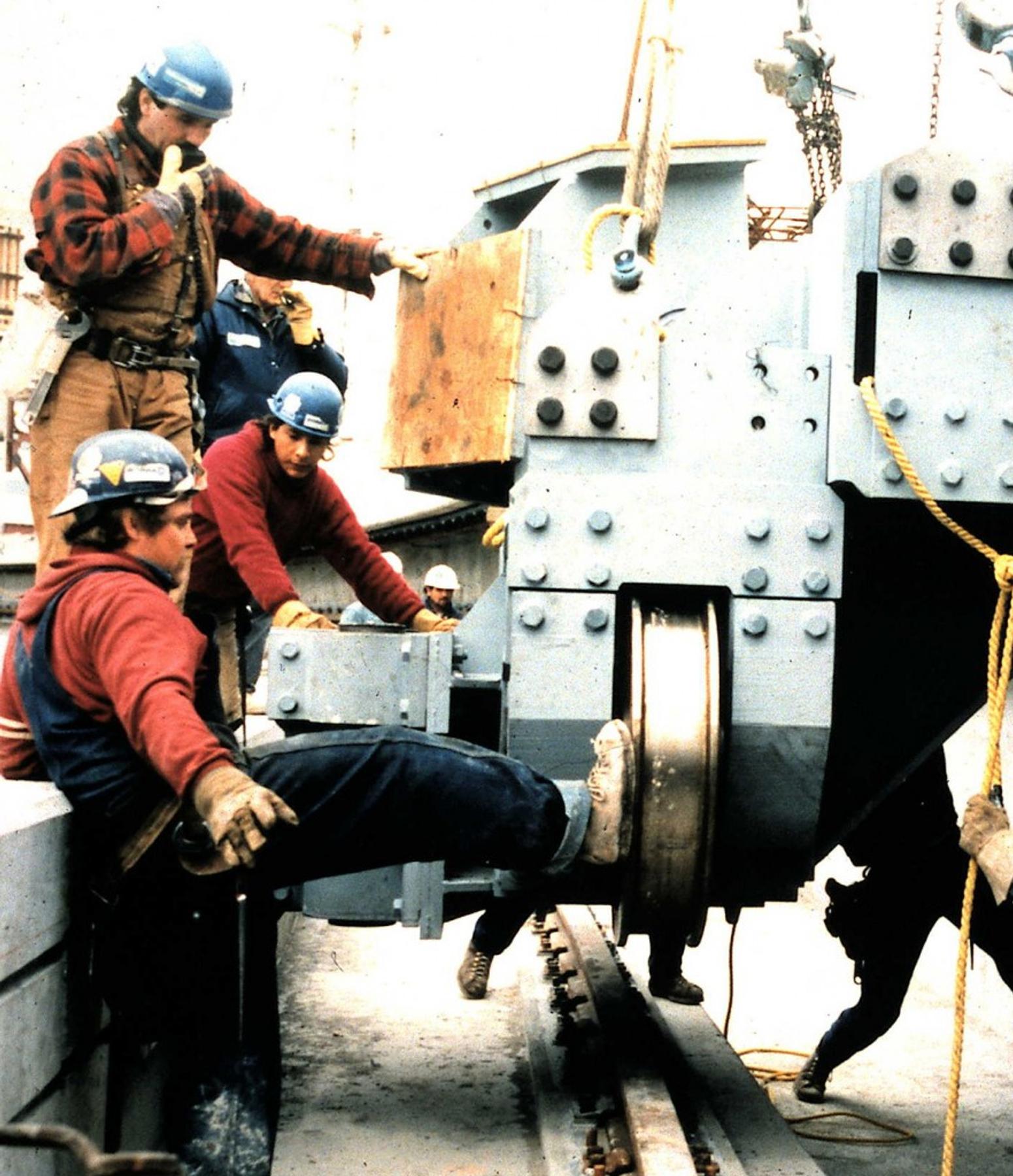 Reaching for the sky

Designed by architects Rod Robbie and Michael Allen, the home of the Toronto Blue Jays is most well-known for its innovative roof system.Keller, however, remembers what it was like to see the building take shape from the ground up.EllisDon was awarded the design-build contract for a lump sum price of $184.2 million. During construction, EllisDon states the scope of work expanded to include a hotel, health club, restaurants, Skyboxes and a Jumbotron, which caused the overall value to equal $527 million.Keller began working on the project in November 1986.The crew set up shop on a bare piece of soil by Bathurst Street and Lake Shore Boulevard, where there was an old railway corridor."We had to clear the area, buy a huge pre-engineered building and make and install precast setting beds for all the precast in the SkyDome," he describes. "We produced for two-and-a-half, three years."The build consisted of cast-in-place concrete with framing and precast with infill.Keller says even the aspect of a design-build project was interesting as it allowed everyone to chime in on different concepts.He points out, however, that there were some unique challenges to his component of the project."We had to set up a precast plant from nothing," he explains."We had to pick out what we were going to do and basically design it from scratch."Once the set-up was accomplished there were also some hurdles when it came to the delivery of certain sections of the stadium."You were really there for the SkyDome. So the way that we were able to build wasn't as efficient as we would normally do if we had a long enough lead time. So we were constantly changing things. The site would need different pieces," he states. "Everything was all yarded out in the place we had so it was a five- to 10-minute drive to the SkyDome to deliver things. We had literally a thousand or so (pieces) from time to time."Keller is quick to point out that above all the "biggest challenge was manpower and labour."The SkyDome in general drew a lot, but in precasting we had a different union agreement. It was more of a plant environment. So because of that you were looking for experienced people," he says. "Our labour staff was usually around 50 or 60 people and I think we went through something like 300 people over all. So the turnaround was incredible." 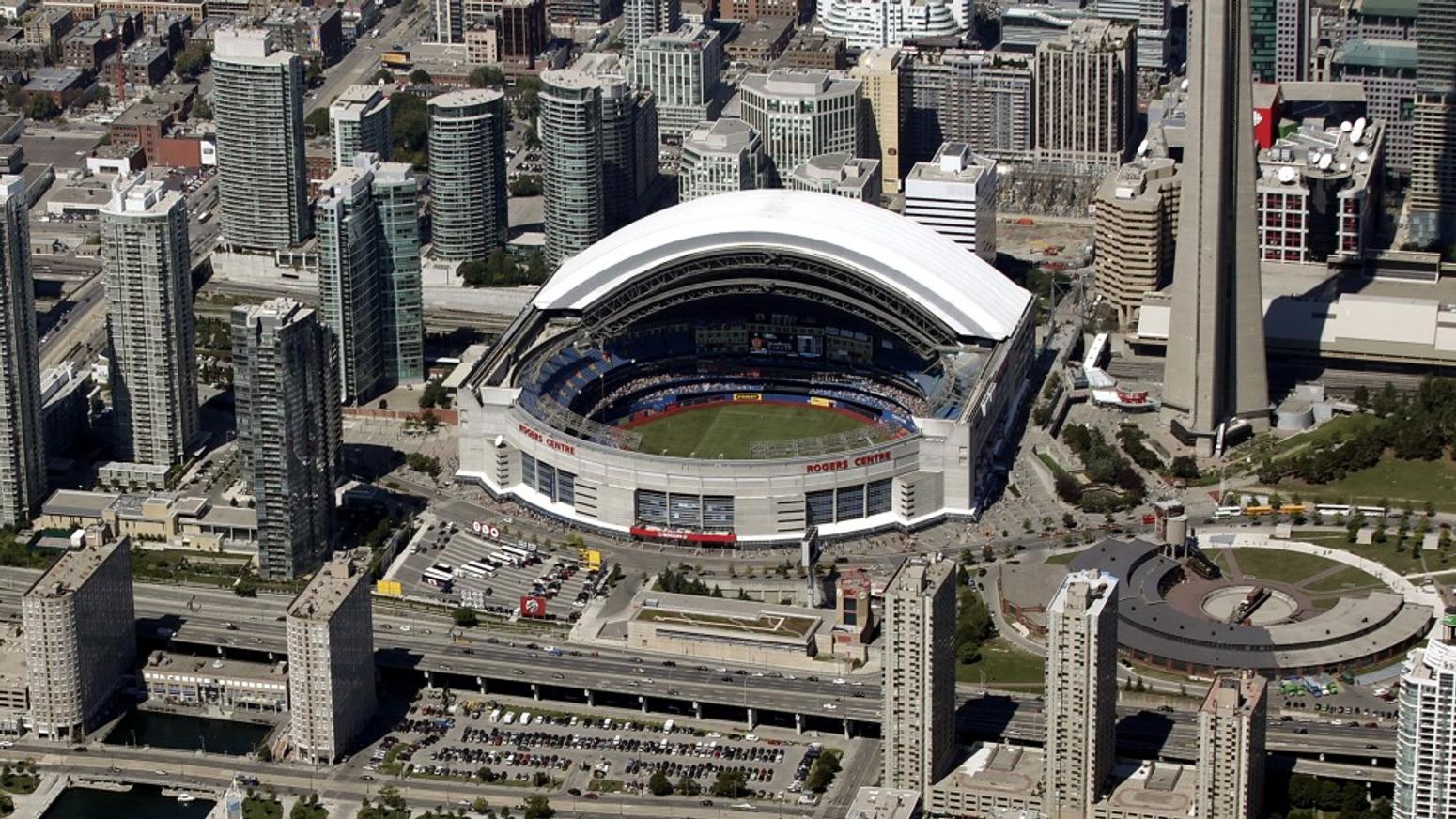 According to the Rogers Centre, the last exterior concrete was poured in November 1988. More than 10,000 person years of employment were created by the stadium's construction.Keller says he still marvels at the stadium, noting how much has changed since it opened."It was a dominant structure on the skyline," he describes. "Now you have to be right there before you see it. It's completely enveloped."There was a period of time where there wasn't a lot of updating or anything done on the facility and it was a little bit sad. But now, it's very encouraging. They've done a really good job of sprucing it up."

Covering all the bases

Upgrading the iconic roof at the Rogers Centre was something engineering manager Dave McCormick had in the back of his mind when he took over roof operations around 2005-06. 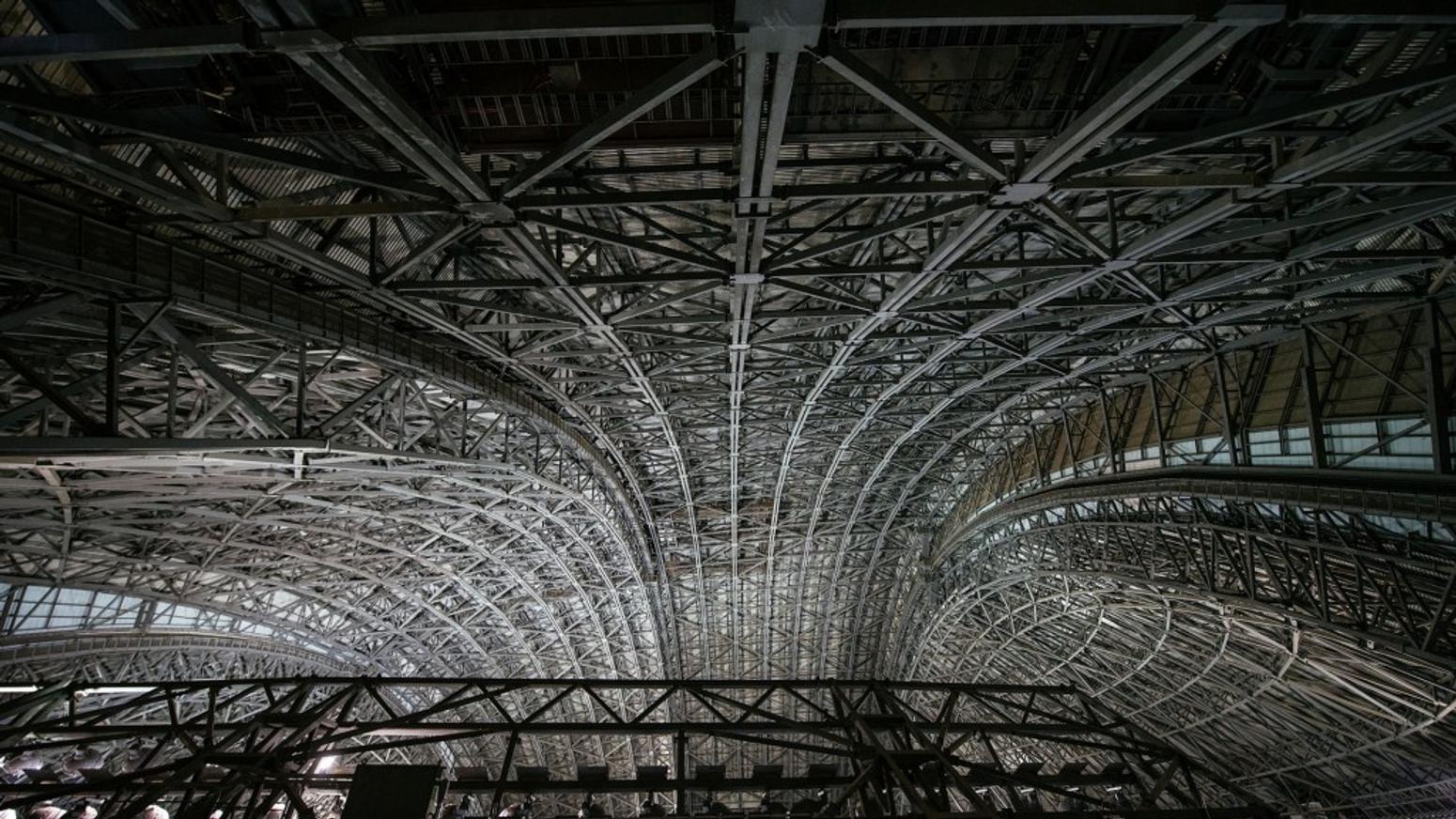 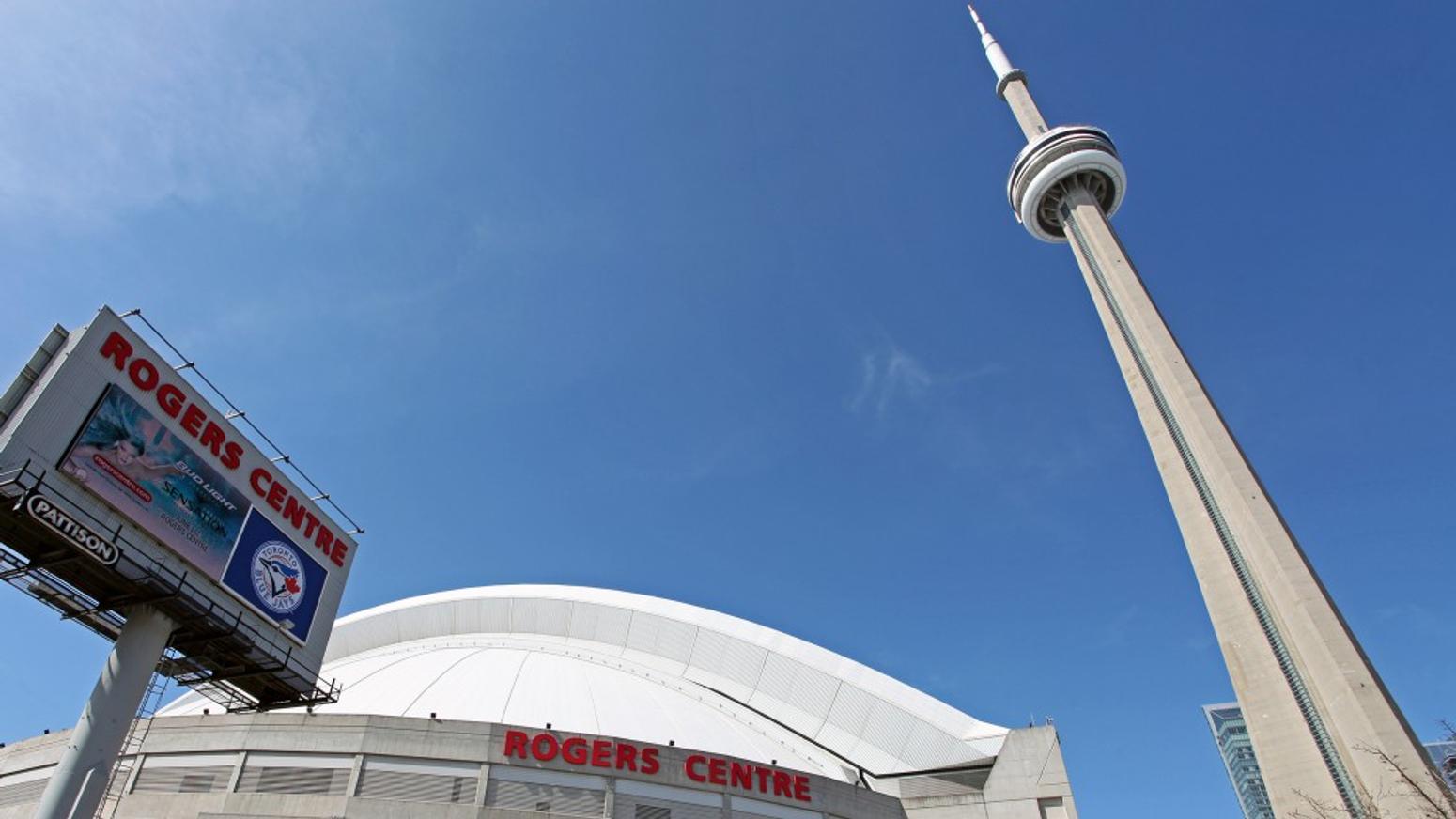 "We were very dated," he explains. "We were probably several years passed when we should have looked at doing a modification."Taking on this project would mean extensive planning and research. The first step in the process was a structural investigation."The roof is essentially bridge and railway construction. There's sets of rails on the roof that the roof travels along. They had started to move and the clips that hold them down had started to decay," he explains, adding the first phase involved lifting all the rails off the ground and putting down new rubber and clips. "That was no small undertaking. The interior ones (clips), we had to literally open the roof and then once we started we couldn't close."Some of the roof's rails also needed to be upgraded with a milling machine specifically made for those components. For the better part of the 2013 off season, crews worked outside to grind the rails down and get them to the circumference needed. 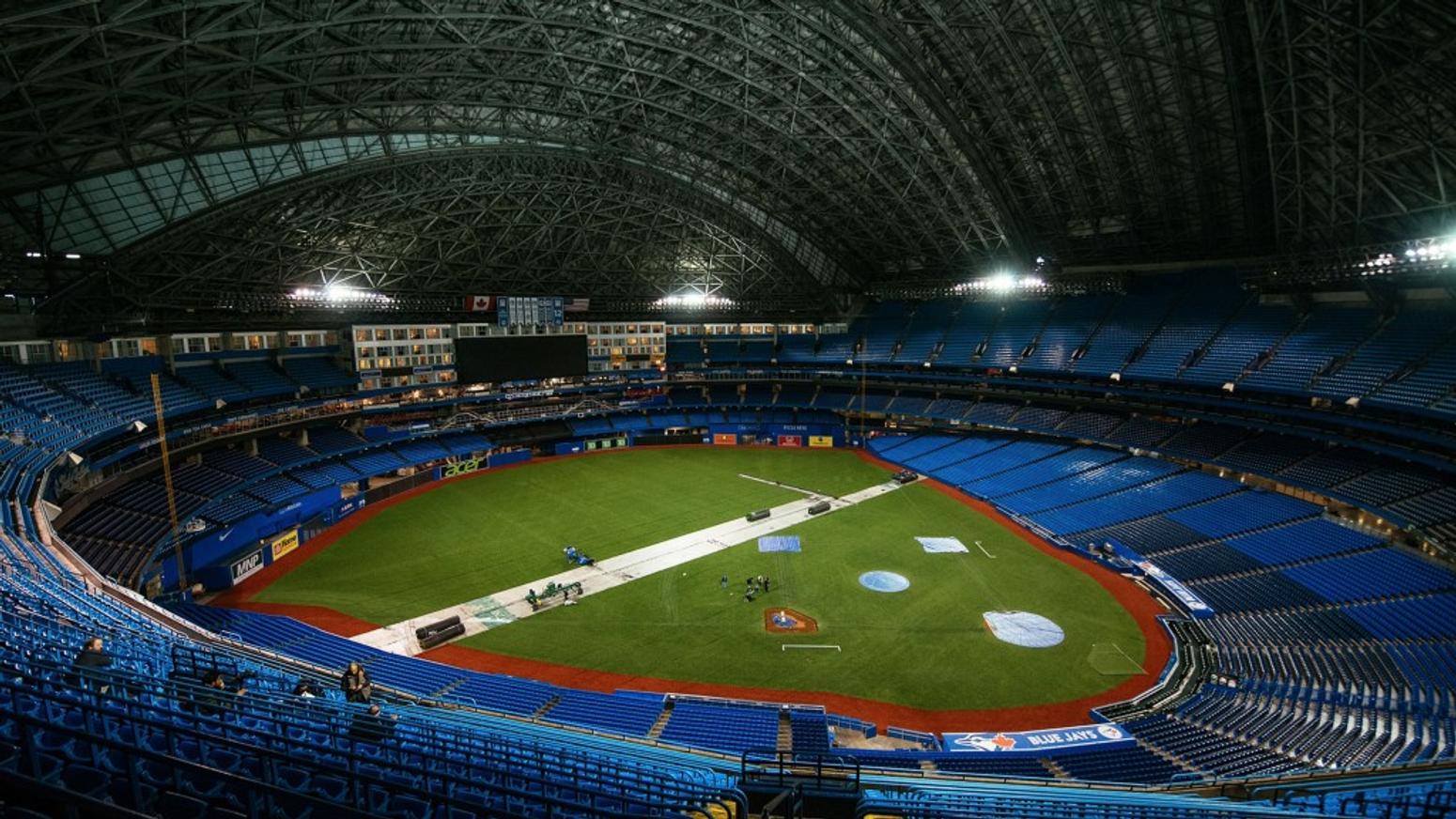 By 2014 the time had come to look at a complete operating system upgrade. In 2015 they had to wait until the Jays' playoff season was finished in order to carry out the work."We completely rebuilt it," McCormick explains. "It took six months to completely do what we have now and it blew me away. We literally had on most days 30 guys up there working. We literally gutted this roof down to the structural shell. The motors, all the electrical, everything was gone."Firms involved in the replacement of the roof operations included New Electric; JMP Engineering; Rockwell Automation and Cisco; and Gerrie Electric. By May 2016 they were ready to test the new web-based system. There are 76 motors across the roof and the new system will tell you what motor may need to be repaired and what the problem could be."We are the first stadium to ever undergo a complete overhaul of an operating system," McCormick explains."The model we had was so drastically outdated. So when we built this system it was built for longevity."McCormick adds the new system is "like a spaceship compared to an old Atari system."Next up for the Rogers Centre is replacement of the outer membrane of the roof, which could occur within the next four or five years.McCormick adds he's fortunate to be able to work inside such an iconic structure.

"I get to wake up and go to a baseball stadium every day," he says. "One of the biggest privileges I've ever had was being able to be in charge of this roof. It is really a cool thing to do and I love it."When Keller attends a Jays' game now, he can't help but look around at the stadium he helped create."You can look at the all the things that you've built and you know all the little stories," he says.He calls the project "one of the three or four most interesting buildings I've worked on so far in my career."Learn more about the Rogers Centre HERE