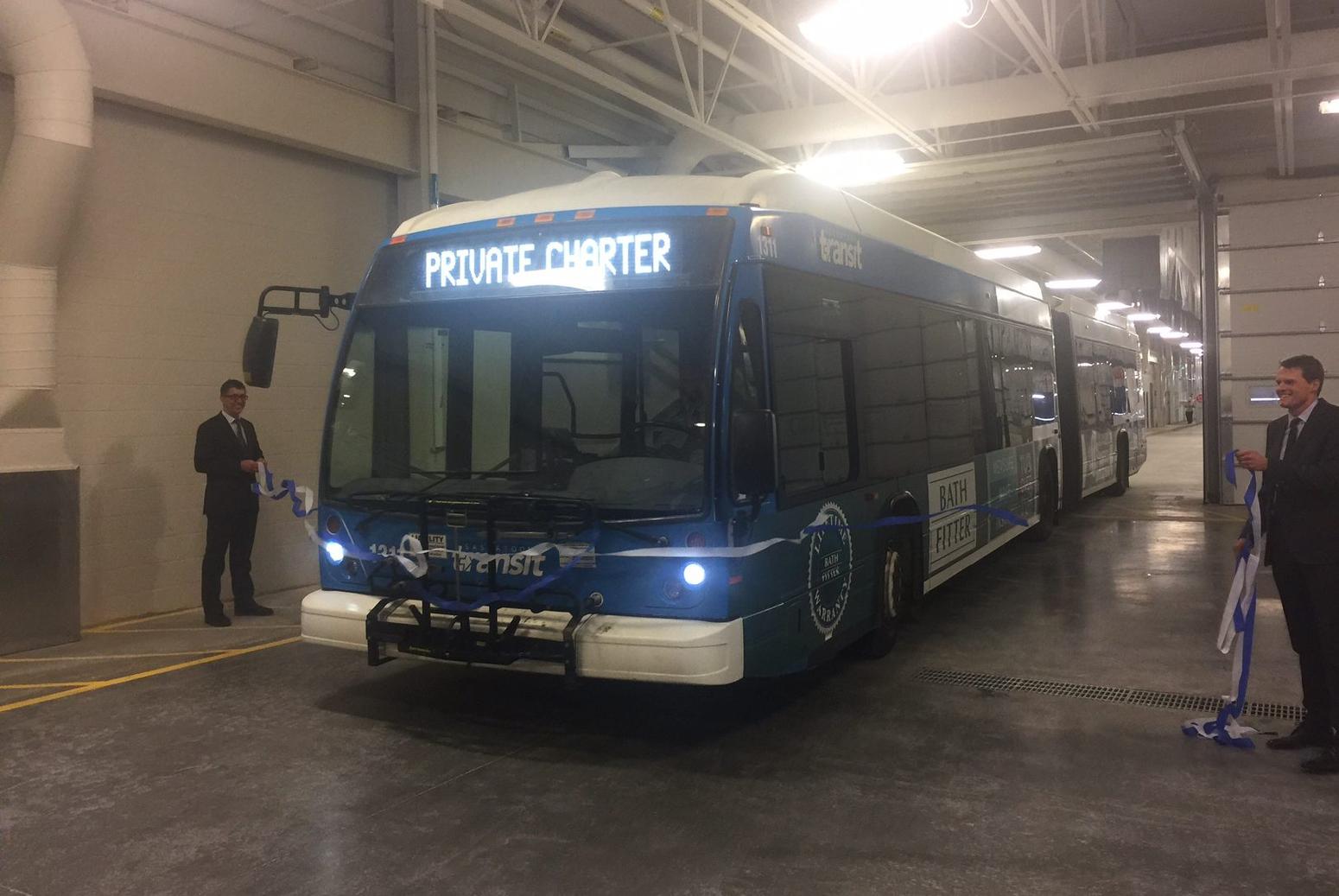 Toronto, Jan. 3, 2017 — Integrated Team Solutions (“ITS”), in partnership with the City of Saskatoon, announced that construction of the Saskatoon Civic Operations Centre (“COC”) successfully reached substantial completion on December 31, 2016. The new facility relocates the City of Saskatoon’s Transit Operations and houses the City’s first permanent Snow Management Facility. The facility officially opened its doors with a ribbon cutting ceremony on December 13, 2016 as the project was completed two weeks ahead of schedule and on budget. Saskatoon COC is LEED® certified and designed to encompass a number of buildings and facilities. The 450,000 square foot transit facility is a full-service shop, providing complete convenience during vehicle maintenance. Some of these features include a transmission shop, inspection pits, body shops and fuelling stations. Additionally, the facility has an indoor capacity to house 224 busses so that they will never be stored outside.Integrated Team Solutions (“ITS”), a consortium led by Fengate Real Asset Investments (“Fengate”) and EllisDon Capital, was awarded the contract by Saskatoon City Council to design, build, finance and maintain the facilities of the Saskatoon Civic Operations Centre in winter 2014, operating under a 25-year contract. The ITS team includes EllisDon Design Build Inc. ("EllisDon"), as design builder and Engie Services Inc. as facility manager. “EllisDon is pleased to have partnered with ITS and the City of Saskatoon to bring the design and construction of this project to a successful conclusion,” said Michael Kazda, VP & Area Manager, EllisDon. “Safely delivering a quality project, ahead of time and on budget, requires a tremendous team effort that everyone associated with the new Civic Operations Centre project should be proud of.”“Fengate is very proud to be part of the team that delivered the new Saskatoon Civic Operations Centre on budget and ahead of schedule,” said Marco Di Carlantonio, Executive Director at Fengate. “This facility supports the City’s growing transit operations and enhances Fengate’s robust portfolio of social infrastructure projects while delivering long-term cash flows to our investors.”The Snow Management Facility, operated by the City’s Roadways and Operations Division includes a 14-acre pad that will be able to store up to 1 million cubic metres of snow. This also includes a storm water and meltwater management pond with inlet sand, oil and grit separators to protect groundwater from contamination.“The Civic Operations Centre is a tremendous step forward for our Transit Operations and for snow and ice management in our city,” said Mayor Charlie Clark, City of Saskatoon. “Our Transit Operations outgrew the old bus barns long ago, and our staff has been making do in cramped facilities for many years. This LEED-certified facility, built ahead of schedule and on budget, has perfect timing as we prepare to modernize Transit in Saskatoon.”

Both facilities will be fully operational in January 2017.