York student centre to be an ‘architectural jewel’ 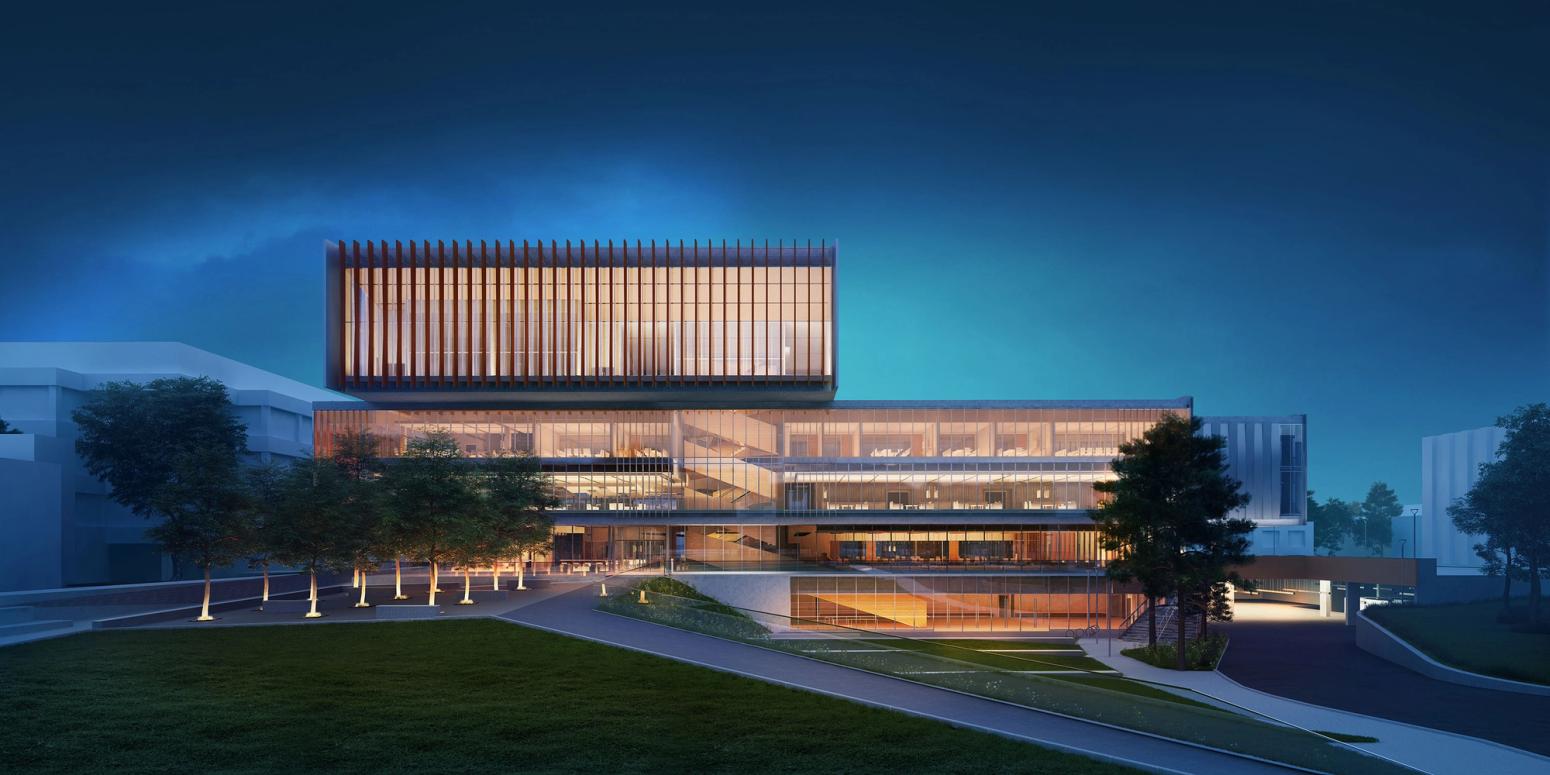 Article by: Patricia William of the Daily Commercial News
Photos by: CannonDesign

Toronto’s York University is targeting completion in spring 2018 of a 126,000-square-foot student centre, the second such facility to be built on the university’s Keele campus.Designed by CannonDesign, the project is the result of a lengthy and complex process that was initiated, led and funded by the student body in a unique development partnership with York and the City of Toronto."I would describe this as another architectural jewel on campus that will further enhance the overall impression of York as a forward-thinking and innovative university," said Patrick Saavedra, director of planning, architectural design and renewal projects with the university.The general contractor for the project is EllisDon. Major subtrades include Pipe-All Plumbing & Heating (mechanical), Interborough Electric Inc. (electrical), Quirion Metal (structural steel) and Applewood/Alumicor (curtainwall).In an interview, Saavedra said EllisDon "has done a good job in terms of site planning and logistics and is moving fairly quickly on a tight timeline. We're not anticipating any major problems during construction."Ground was officially broken last October. Construction costs are estimated at $48 million.The building has been designed to complement services offered in the original centre, while responding to the changing needs of the large and diverse community on campus. 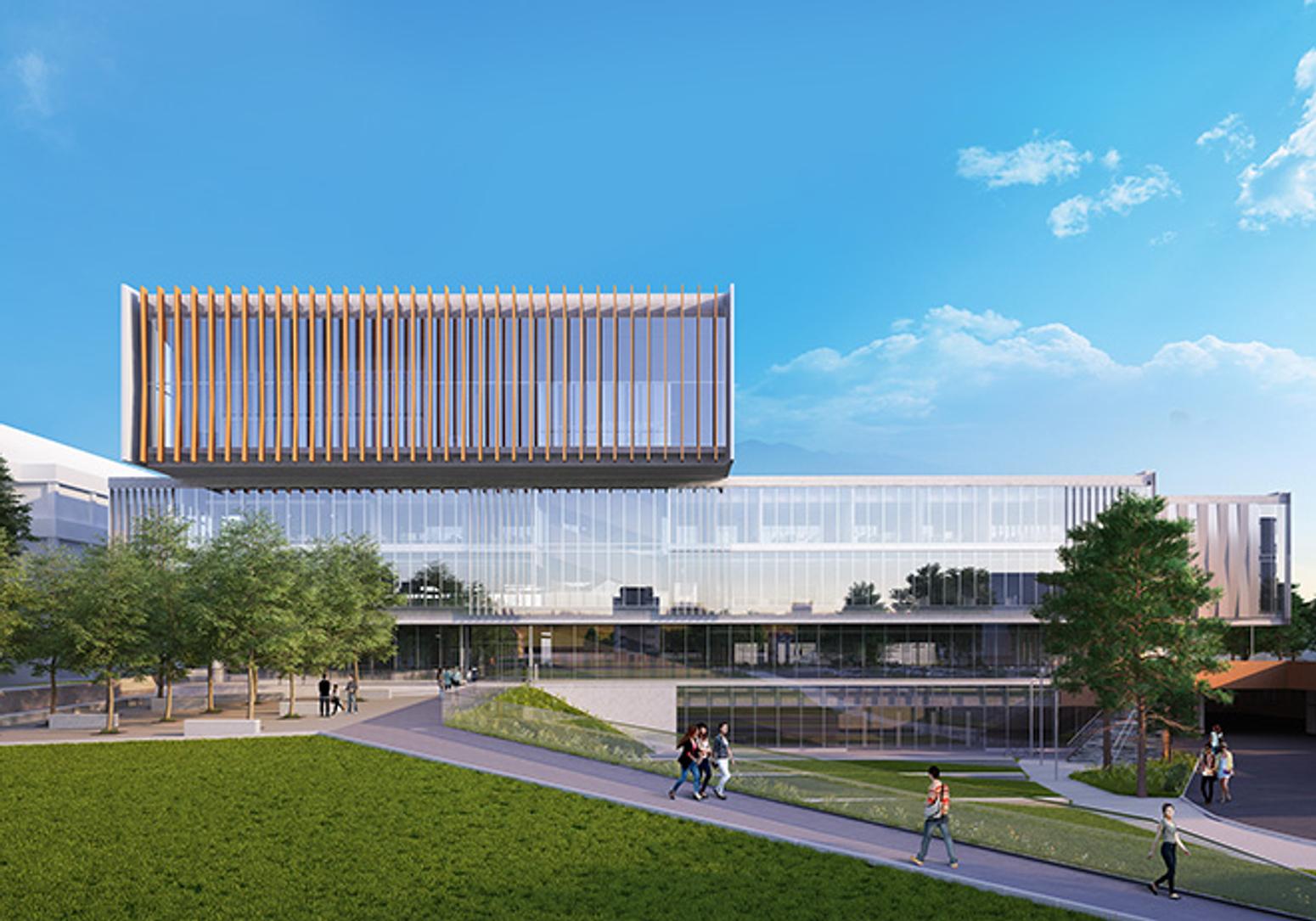 The project is the result of a 2013 referendum in which the student body voted in favour of a second building devoted solely to student space.The project incorporates spaces designed to satisfy the most critical needs — meeting rooms, group study areas, conferencing space and a multi-faith prayer space."This is probably going to be one of the most unique student centres in the country," Saavedra said.He noted that the prayer space can accommodate approximately 300 people for any kind of multi-faith event.The conferencing space can be sub-divided."There are also lots and lots of student social spaces throughout the building," Saavedra said.The design process involved extensive public engagement with the student body. Every aspect of the design was influenced by student input, CannonDesign said."In all of my time as an architect, I've never participated in such a collaborative design process," said Hector Tuminan, the firm's project leader."The student body and our team worked alongside each other from the start. The student centre that is getting built is truly designed for the students, by the students."Consultants include RJC Engineers (structural), MCW Engineering (electrical and mechanical) and RVA Engineering (civil).The design incorporates an array of sustainable and user-led initiatives, including bicycle parking, showers, green roofs, high performance glazing/curtainwall, gender-neutral washrooms and extensive use of natural lighting.While LEED Silver is being formally targeted, Saavedra said there is a good chance that LEED Gold will in fact be achieved."We're right on the cusp of Gold," he said.Saavedra, who joined York about seven years ago and has held his current position for the past five, said another "big feature" is the way in which the exterior landscape has been folded into the design. 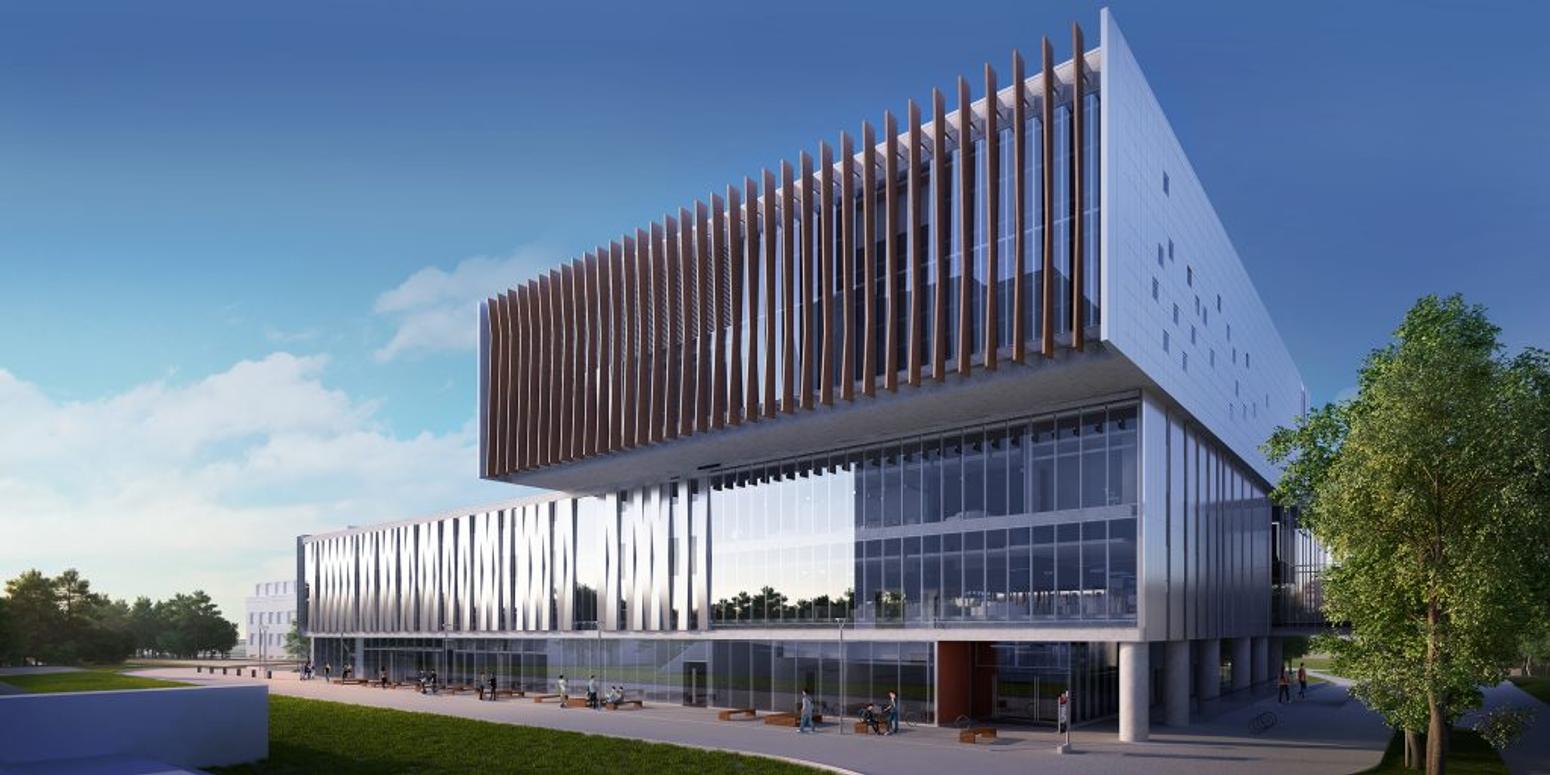 Landscape architect is Scott Torrance Landscape Architect, now part of FORREC Ltd."The building is well connected to its external environment through views and the transparency of the exterior walls," said Saavedra, who is a licensed architect. "That has been really well done."The new four-storey student centre overlooks Roy McMurtry Green.