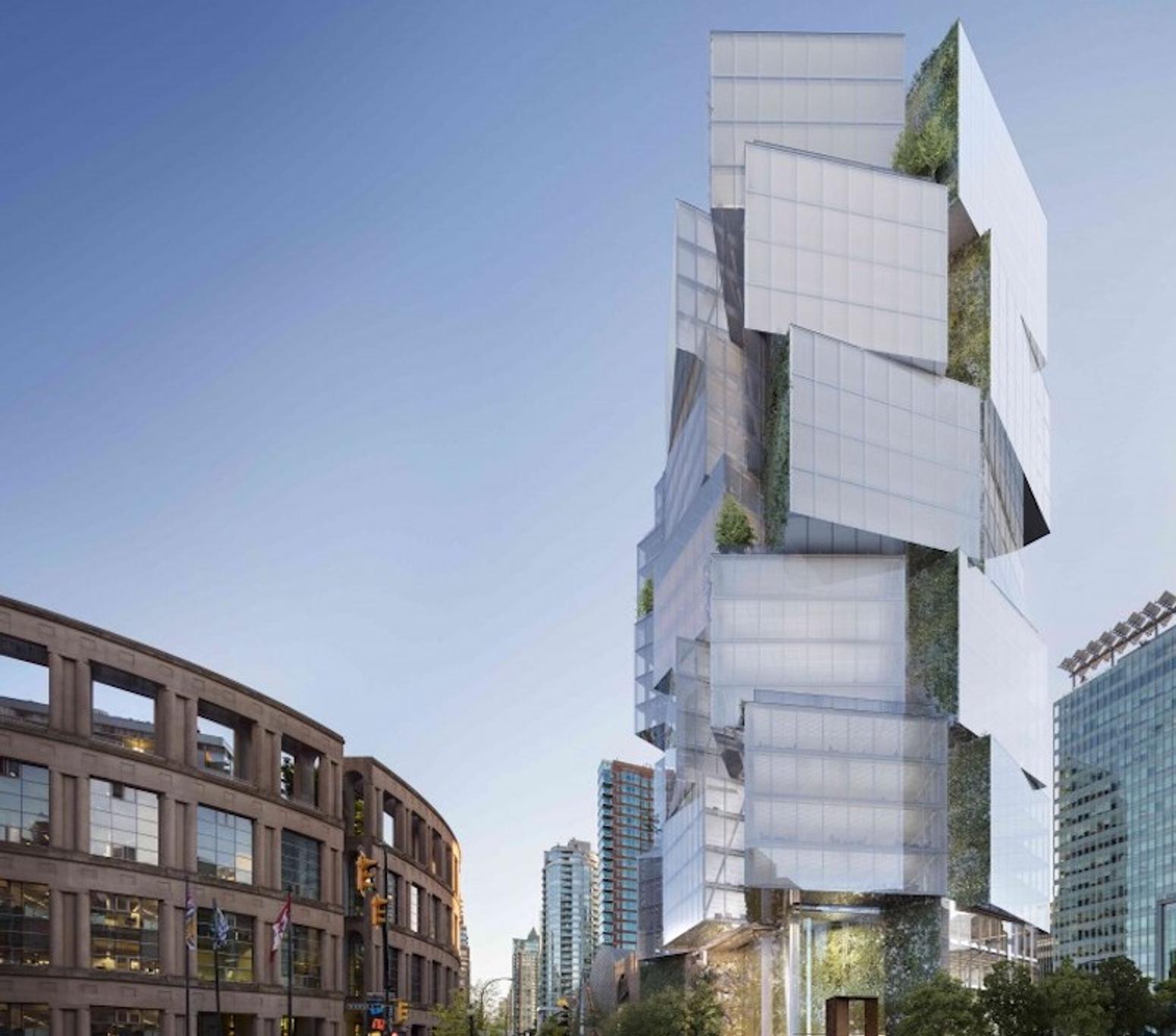 Article by David Malone for Building Design + ConstructionLocated in a re-emerging district in Vancouver along West Georgia Street, 400 West Georgia will be a 25-story, 296-foot-tall office building.The 370,450-sf LEED Platinum targeted building is designed as an aggregation of reflective stacked cubes. Each cube will contain four floors and be stacked in multiple orientations to maximize views of the surrounding city. The spaces between the cubes will be filled with greenery whose vertical orientation binds the otherwise scattered massing.

The boxes will create natural compartments within a continuous floorplate so the offices can be variously partitioned while also staying close to the facade. The floors and ceilings of the cantilevered portions will be glazed to visually link the gardens, offices, and the street below.The building will include a triple-paned curtain wall, operable windows, large spans of column-free space, and six floors below ground. KONE will provide the buildings elevators, which will include eight KONE MiniSpace elevators that can travel at speeds up to 1,200 fpm (six meters per second) with the KONE Destination destination control system, four MonoSpace 700 elevators, and one KONE MonoSpace 500 elevator.The Build Team includes OSO, Merrick Architecture, EllisDon Construction (general contractor), and Westbank Project Corp. (developer). 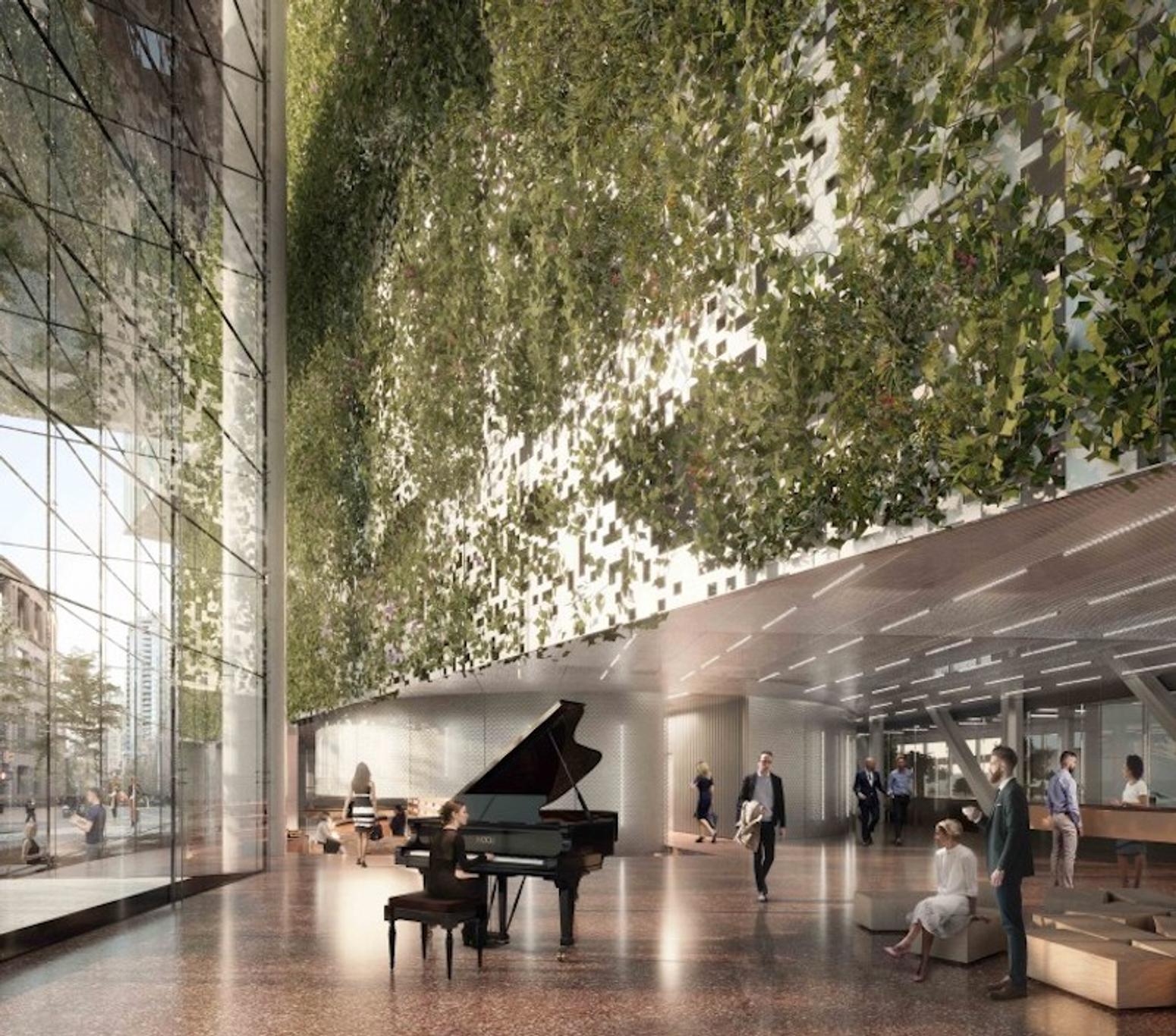