Buildings Week: Construction industry ‘is being remade, we get the chance to decide how,’ says EllisDon’s Smith 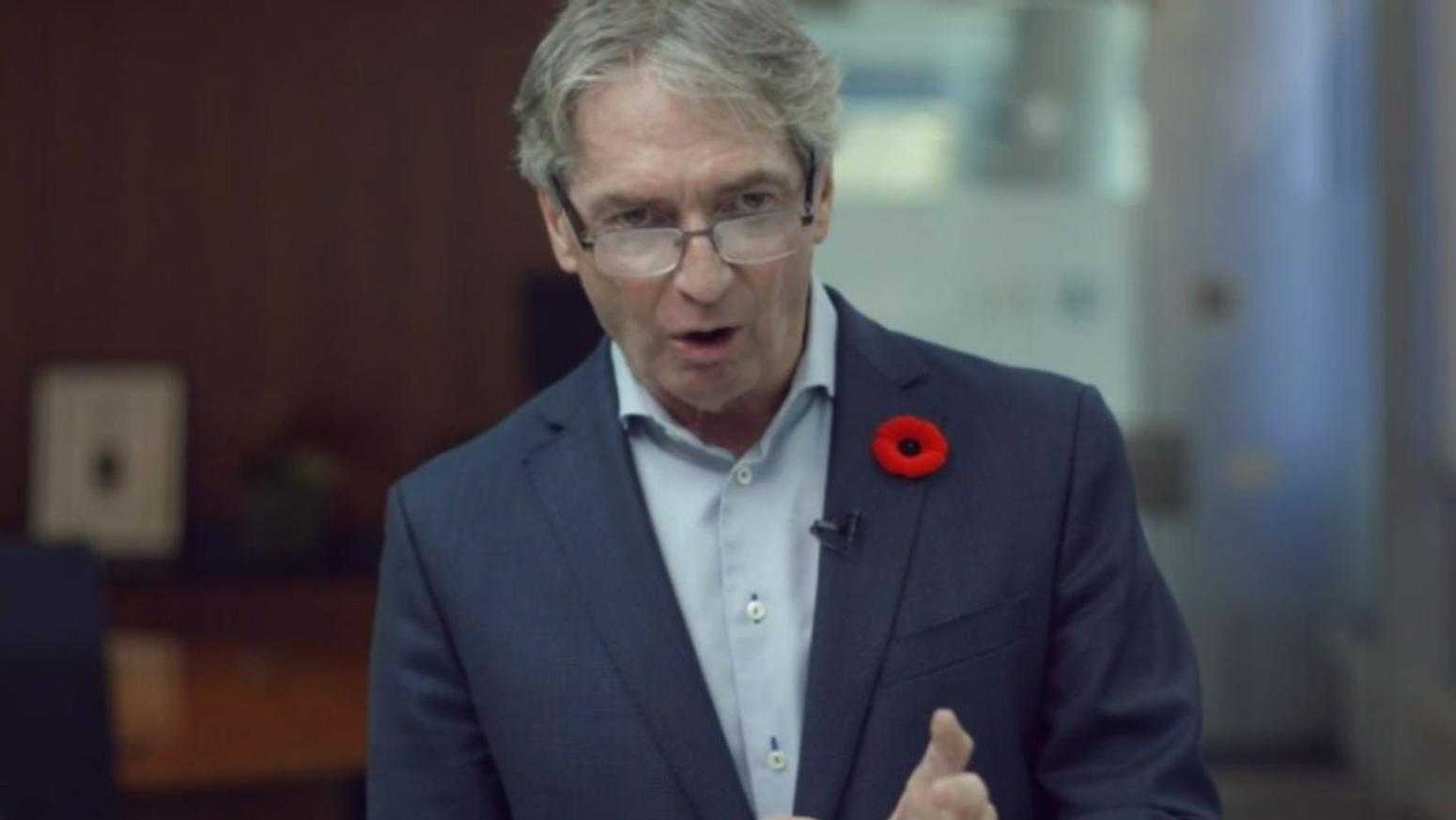 Article by Angela Gismondi for The Daily Commercial News

SCREENSHOT — EllisDon president and CEO Geoff Smith spoke at Buildings Week, being held virtually this year due to the COVID-19 pandemic. Smith spoke about consolidation, margins and risk and digitization. The session was presented by ConstructConnect and the Toronto Construction Association.

With the uncertainty surrounding the COVID-19 pandemic and things like consolidation and digitization upending construction, now might be a good time for the industry to recreate itself, said Geoff Smith, president of CEO of EllisDon, in his keynote address launching Buildings Week.“Here is the only good news I can give you,” Smith told the virtual audience. “If you are feeling a bit panicky about the future because you just don’t know, because you just can’t figure it out, I think at this moment, for the first time ever, nobody knows. Nobody is even pretending to know. Not the think-tanks, not the consultants, not the politicians, not the banks, certainly not the keynote speakers. I’m not going to try and give you the prospects for retail construction across Canada or the future of the downtown. The cool thing is, right now your prediction is as good as any bank CEOs, so I think nobody has any edge over anybody else.”In his address Nov. 30, in a session presented by ConstructConnect and the Toronto Construction Association, Smith discussed consolidation in the industry, margins and risk and digitization.But first, he talked about racism.“This industry is far too white”“We need to face the fact that we’ve got a problem here,” said Smith, referring to anti-racist acts on construction sites around the Greater Toronto Area. “We also need to face the fact that this industry is far too white and has been for a long time.“I’m certain there is a small white supremacist group active on too many of our jobsites and they are becoming more emboldened…I am calling on everyone to do everything you can in the short term. We’ve got to get rid of this graffiti. We’ve got to be extra vigilant and in the long-term around systemic racism to rid our industry of this scourge. We need the construction industry to look like Canada as soon as possible.”“We’re seeing the death of trust”In terms of consolidation, Smith said many generals and subtrades are merging, being bought out or just disappearing. While they used to have many competitors on bids, they now have very few.“The idealistic side of me says it could lead to a complete change in the way we work with our clients and the way construction gets procured,” Smith noted. “Maybe we can begin to compete on things other than low price like trust, like capability, like transparency.“I think if builders are smart, they will no longer be commodities, but I also think that if they’re smart they will be more transparent partners and that will be our sustainable competitive edge.”However, that is not what is happening, he noted.“We’re seeing a harder world than we saw as recently as two or three years ago,” Smith said. “We’re seeing the death of trust. We’re seeing the relationship-oriented, handshake-based business that we had for so long, that I grew up with, disappearing. Contracts everywhere are getting tougher, relationships are getting more litigious, voices are being raised when it could and should be the other way around.“I think which way we go with this in a time of consolidation can largely be up to us if we insist on fairness and if we deliver on fairness,” he added. “I think we can all do very well together, but it can get ugly too.”Margins are way too low and risk is way too high, especially on public sector projects, Smith said.“Don’t get me wrong, our friends in the public sector, the agencies aren’t to blame,” he stated. “We are. Contractors like EllisDon and a few others have continually accepted more and more risk for lousy margins too thoughtlessly, so why wouldn’t they keep giving it to us?“Just to be clear, I’m not really calling for margins to go way up. I’m calling on all of us to force the risks for those returns to come back into balance with the margins.“This industry is being remade, we get the chance to decide how.” 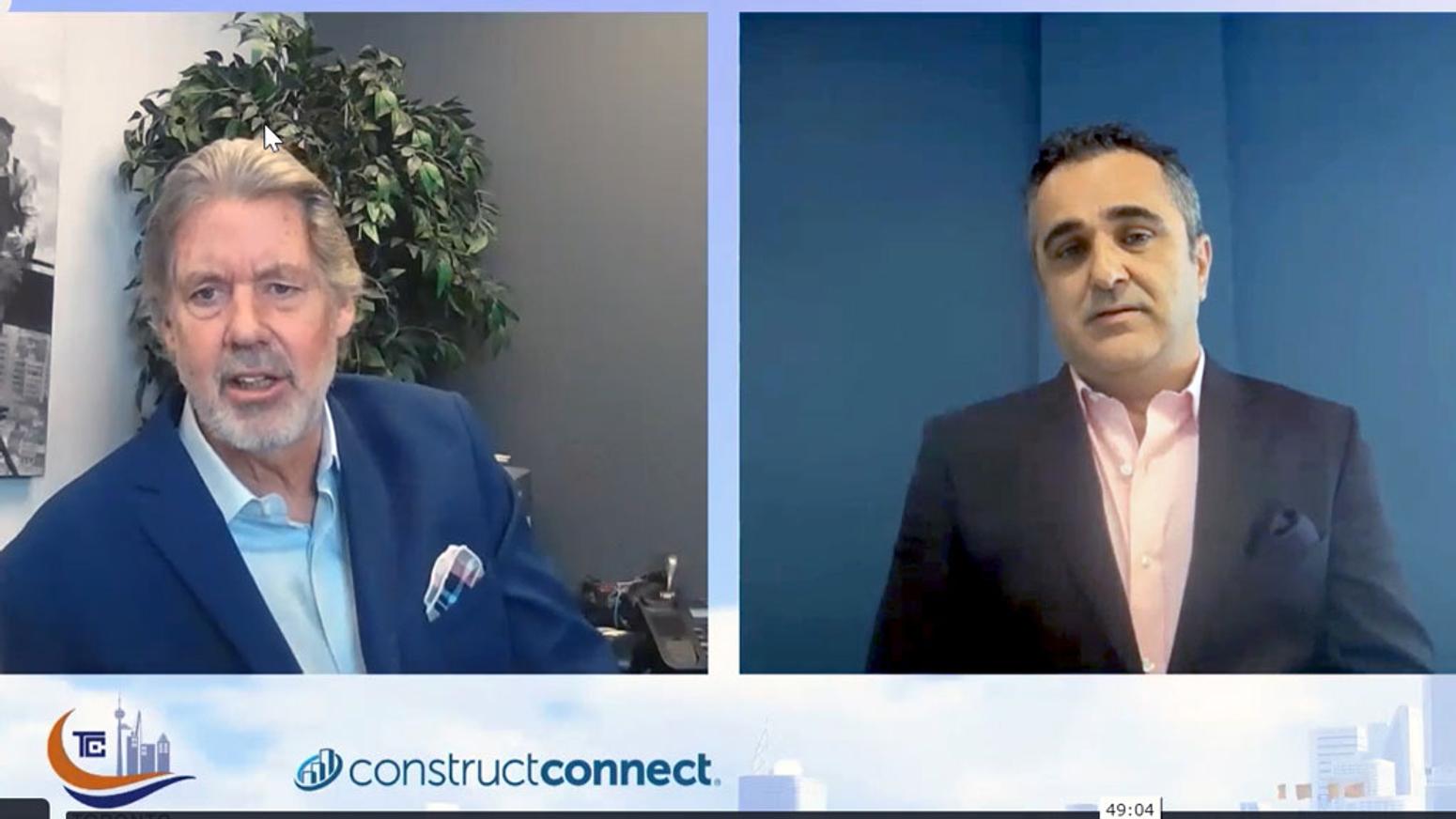 If you choose to make the past more efficient, “you’re going to miss the future”Construction as an industry seems to be embracing IT for its ability to enable it to do the same things it’s always been doing but more efficiently.“I respectfully suggest to you that is a bad plan,” said Smith. “When you are choosing your software or when you are designing your software at least keep this possibility in mind, that if you choose it or design it to make the past more efficient, you’re going to miss the future,” said Smith. “Our software doesn’t need to define the future, but it does need to agree with it. Digitizing 1985 isn’t going to cut it.”If the construction industry is going to be transformed and become more productive, it’s going to need all the data it can find.“Let’s stop giving it away, especially for the sake of short-term efficiency goals,” explained Smith. “Everybody wants to own that data. Clients want to own the data, we all want to own the data in the industry and the software firms want to own the data. It’s extremely valuable. I have an answer for that. Let’s give it to everybody. Let’s share it openly with everybody, let everybody use it and let the smartest people win. But lets all of us today here in this virtual room, just make sure the construction industry is right in the middle of that data game. Frankly. I would rather give all of EllisDon’s data to my competitors than I would give it to Silicon Valley.”To read the full article, click HERE.