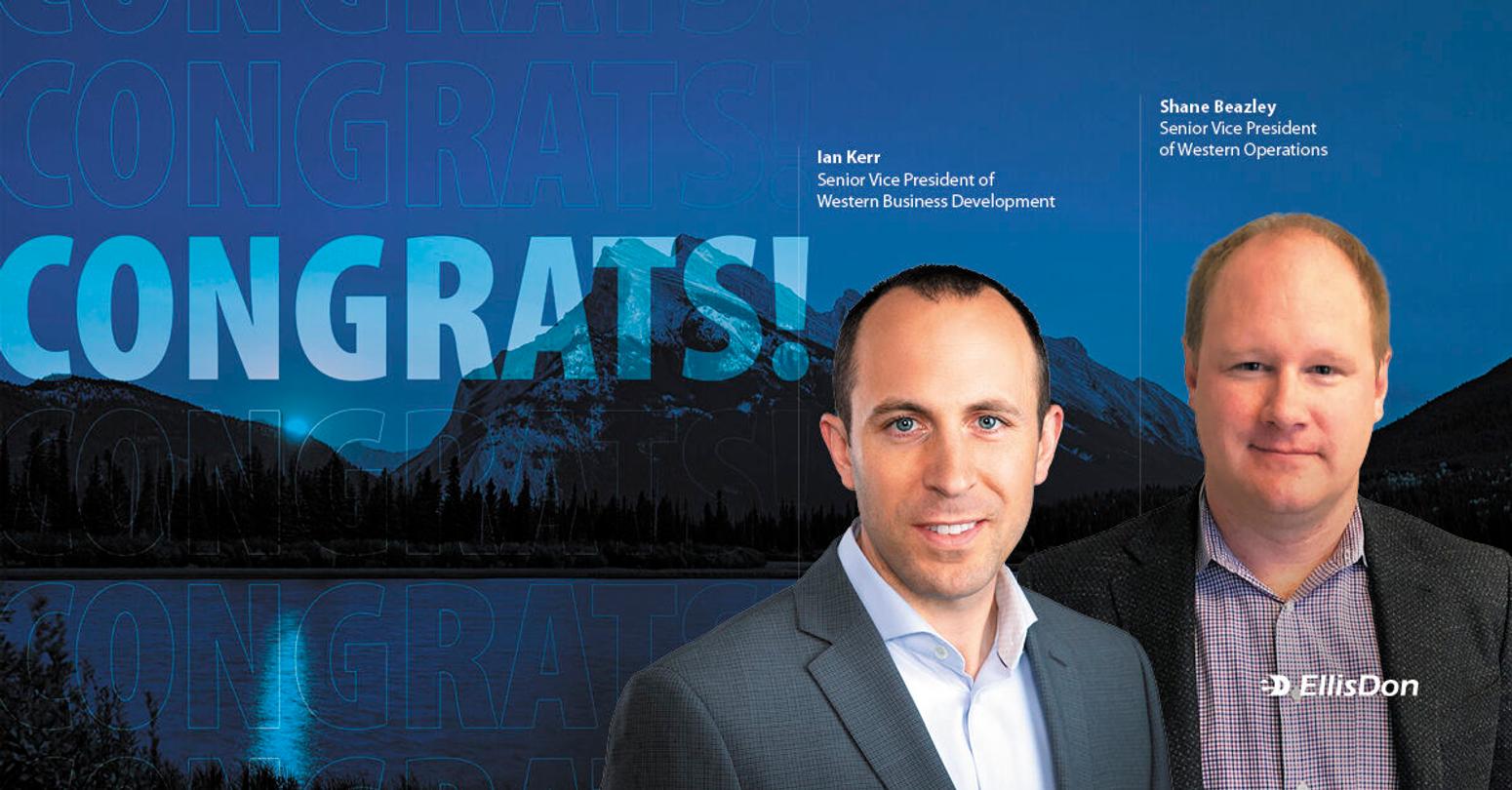 “I am very proud of the growth of EllisDon’s western business units,” said David McFarlane, Senior Vice President of Western Canada, EllisDon. “Congratulations to Ian and Shane; I am very optimistic about the future under their leadership and alongside the senior management group in Western Canada.”

Shane joined the EllisDon Calgary team in 2002 and has spent the last 20 years working on some of Calgary's highest-profile projects, including the Calgary Airport, Alberta Children's Hospital, Jamieson Place office tower, and the University of Calgary’s Schulich School of Engineering. In 2011 he was promoted to Operations Manager, followed by Vice President of Operations in 2015. For over ten years, Shane has overseen the significant growth and profitability of the Calgary and Western Civil operations and has helped develop best practices that have been used across the company.

"I am very appreciative of the opportunity to take on this strategic role at EllisDon," said Shane Beazley, Senior Vice President of Western Operations, EllisDon. "The growth of EllisDon in Western Canada is the result of the innovation and entrepreneurial enthusiasm of our people. It is a great time to be at EllisDon, working with industry-leading builders, producing great results for our clients, and creating exciting new opportunities for our teams. I look forward to leading and mentoring our team in Western Canada to deliver on EllisDon's strategic plan."

Ian joined EllisDon in 2011 as a Project Manager at our Calgary office. He transitioned to Director of Business Development for the British Columbia region in 2016 and was promoted to Vice President in 2019. Ian has accelerated the growth of EllisDon’s presence in British Columbia by fostering new relationships, as well as overseeing technical team members on pursuits for major institutional, industrial, commercial, residential, and hospitality opportunities, including several Design-Build and Public-Private Partnership projects.

“I'm excited to be given this opportunity to support EllisDon's diversification and growth across the Western Canadian markets," said Ian Kerr, Senior Vice President of Western Market Development. “Our Areas are well-positioned to build off our strong reputation, and I have no doubt we'll see continued success as we expand our presence in the West.”

EllisDon congratulates both Shane Beazley and Ian Kerr on their new roles.