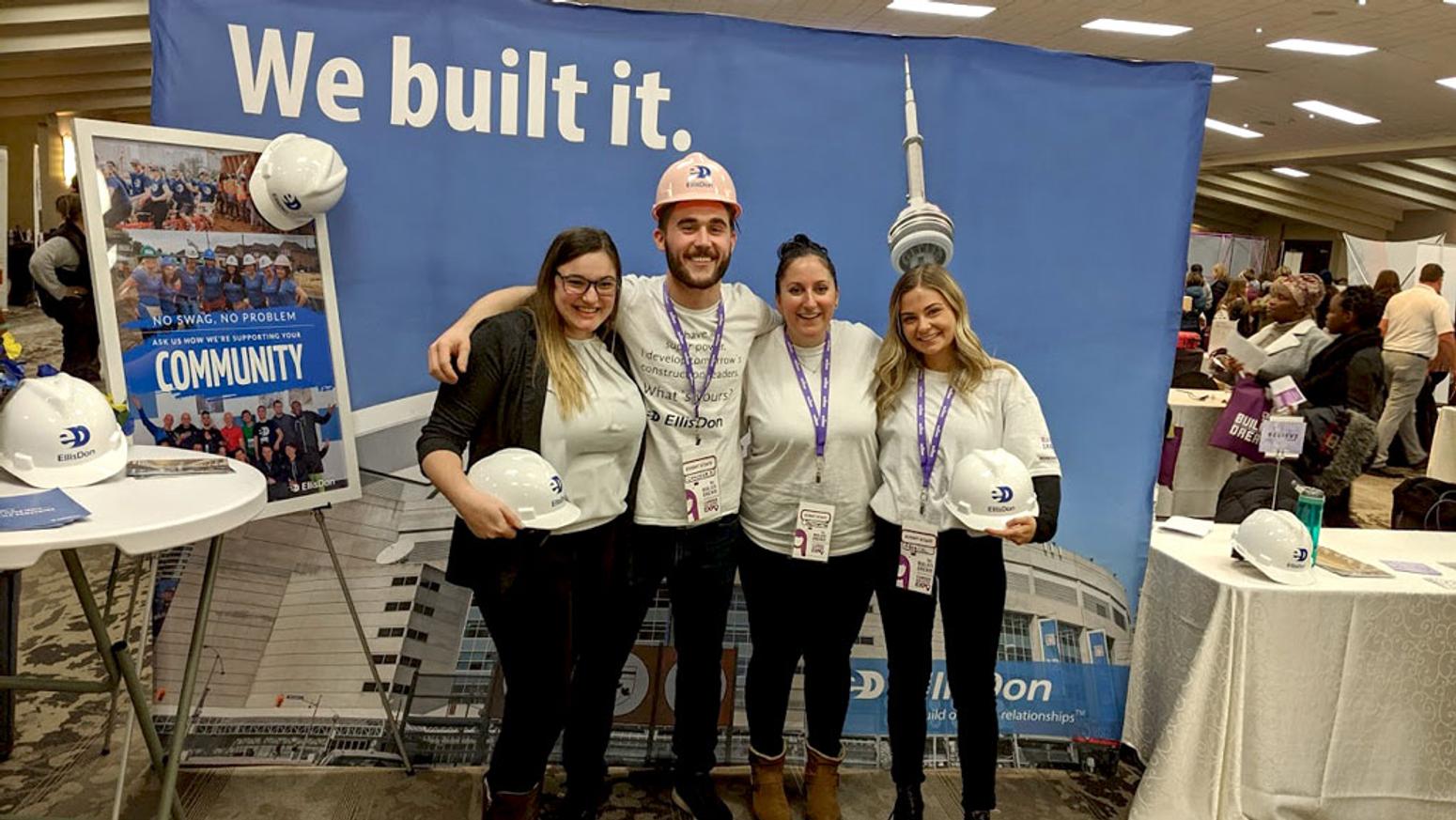 EllisDon and Build A Dream are partnering to show young girls what careers are available in the skilled trades and science, technology, engineering and math fields through targeted career workshops.

By sharing real-life success stories and bolstering its presence through expos and various initiatives, EllisDon’s partnership with Build A Dream is aiming to help female students explore and consider careers in fields where women are typically under-represented“We’ve been working with them for almost two years trying to hone the partnership between their organization and the construction industry,” said Allegra Markus, assistant project manager at EllisDon, one of the lead liaisons for the partnership. “We’ve been to expos, we’ve helped organize their database, put out social media and marketing posts to try and get everybody involved in making a change for our industry.”Build A Dream delivers a number of specialized programs including camps, workshops and career discovery expos where they highlight careers and opportunities that fall under five pillars: skilled trades, STEM, emergency response, entrepreneurship and advancing women in society.The partnership was made official in October 2019. While Build A Dream had been making presentations mostly in the Windsor and Kitchener, Ont. areas, EllisDon wanted to help them expand their reach across the province using their network and expertise. Now with COVID-19, they have also helped adapt their programs to a digital platform.Virtual event brings together students and parentsIn its first virtual event, Build A Dream had about 3,000 participants that brought together students and parents from across the province.“The (in person) expos were interactive and they have tried to adapt that as much as you can into a virtual component so they have questionnaires and quizzes, giveaways and prizes as well as panels,” said Symone Parera, project manager at EllisDon, the other lead liaison for the partnership.“They’re trying to make the youth of today aware of those job opportunities where women are under- represented, show career options and show what benefits they have in their life because of the career that they have chosen that might be outside of the realm typically shown to women.“It’s hard to picture yourself in a role when you have never seen it curated before. So the purpose of these panellists are to try to help you imagine a life you can have, a career like that, because somebody else is actually living that life.”Targeting youth as early as elementary schoolOne thing Build A Dream does differently is career expos for elementary students.“The way they are unique from other expos is this is the first of their kind that go into elementary schools and inspire these girls before high school, even before they are thinking about their career choices. It gets the parents involved as well,” said Markus. “When you are that age parents are the most influential people in your life. They want you to succeed, so it helps to have both the parents and the children at these events.”“They are adapting their approach to actually encompass women at any stage in their career now so that it not only helps the future pipeline of the construction industry but the current pipeline as well,” added Parera.A real-life success storyHelena Mendez, vice-president, virtual design and construction at EllisDon, immigrated to Canada from Venezuela in 2012 and has been with the company since 2013. She is a trained architect but decided to pursue a career in the construction industry.“When I joined EllisDon I decided to go into virtual design and construction co-ordinator. That would be considered entry level for this department even though I already had experience,” said Mendez. “In the seven years that I have been with EllisDon I have managed to get promoted and I got a lot of opportunity to take on a lot of responsibility. Now I am leading the department where we implement technology in construction projects.”She volunteers with Build A Dream to share her story and experience in the industry with young women.“I want to serve as an inspiration so they can see what they can become,” Mendez explained.“Helena is a prime example of who we want to be hiring and what we hope that girls aspire to be in a high managerial position, in a field where women are under-represented but can make a huge impact,” added Markus.Getting parents on boardIn addition to building awareness among students, getting parents to see the opportunities is also key, said Parera.“It shows them the viability of all careers. It shows them ‘if this is something my daughter is interested in, what does her career look like what are the opportunities?’”It’s also beneficial from a business perspective to participate in the expos.“At the end of the day we are trying to create a more gender balanced workforce and change the perspective on how women contribute to society and what their lives can look like in the future,” said Markus.For the full article, click HERE.