EllisDon Stands Up to Support Kids With Mental Health Issues 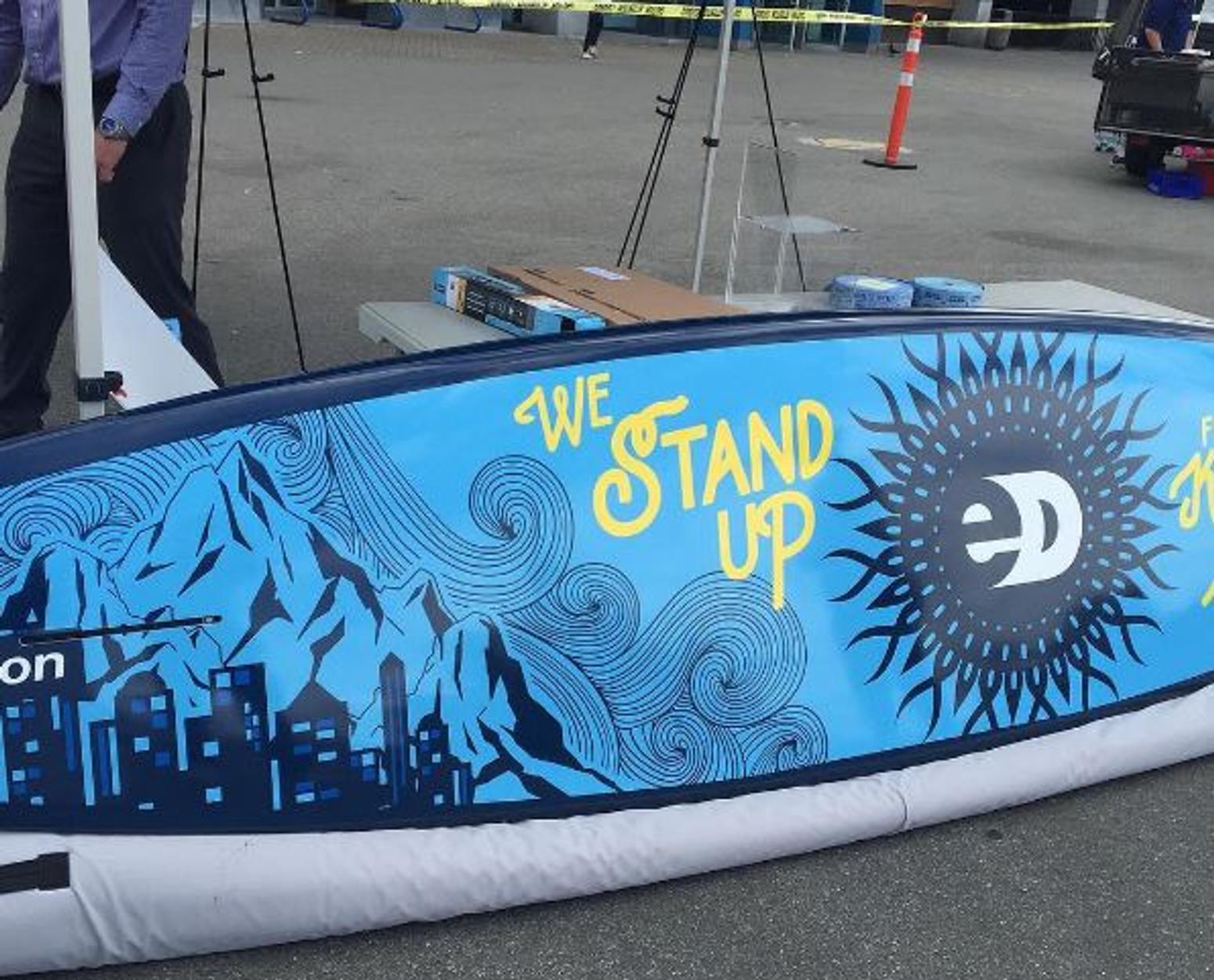 As an active director on the Surrey Hospital and Outpatient Centre Foundation's board, David McFarlane, EllisDon Vice President and Area Manager, became acutely aware that existing health care facilities for children and teens with mental health challenges were lacking in our current healthcare system.He was one of the first vocal advocates for the foundation to stand up and support kids with mental health issues.EllisDon is the presenting sponsor of the Champion of the Crescent, BC's first charitable Stand Up Paddleboard Races."I can think of no better cause to stand up for than our kids as they’re more likely to suffer from mental illness than any other disease. Let's show them we care by funding the beds and services they need to recover and live fulfilling lives," McFarlane said.In support of this important need, the Surrey Hospital and Outpatient Centre Foundation created the Paddleboard Races with all proceeds going to the project.“Response to the event has been overwhelming,” he said. “An incredible number of people have been touched by mental illness, making it an easy connection for businesses and community leaders to quickly stand up with us and show their support for the kids.”As a family man himself, this cause hits close to home. He and his wife, Anna Lisa, have three boys who are at the age where they could have friends or classmates with mental health issues. McFarlane said he is thrilled to have resources available and open the dialogue with his sons.Champion of the Crescent gives people of all ages and fitness abilities a fun and challenging way to support youth mental health. Corporations and community groups can show their support by taking to the water and entering a four-person relay team. Competitive racers can test their mettle in a 10-km race and have a chance at winning the $10,000. And for the less competitive, there are lots of prizes and fun to be had in the 5-km recreational race and free kids race.Teams from the financial sector, post-secondary and emergency services have already registered for the relay. The foundation knows there will be many more, so those interested are urged to register early as space is limited. There will also be festivities on the shore for spectators and supporters who do not want to brave the waves and just wish to sit back, support the kids, and join in on the fun.Courtesy of PeaceArch News. Read the full article HERE.