EllisDon Teams Up With Calgary Hitmen to Support Local Youth 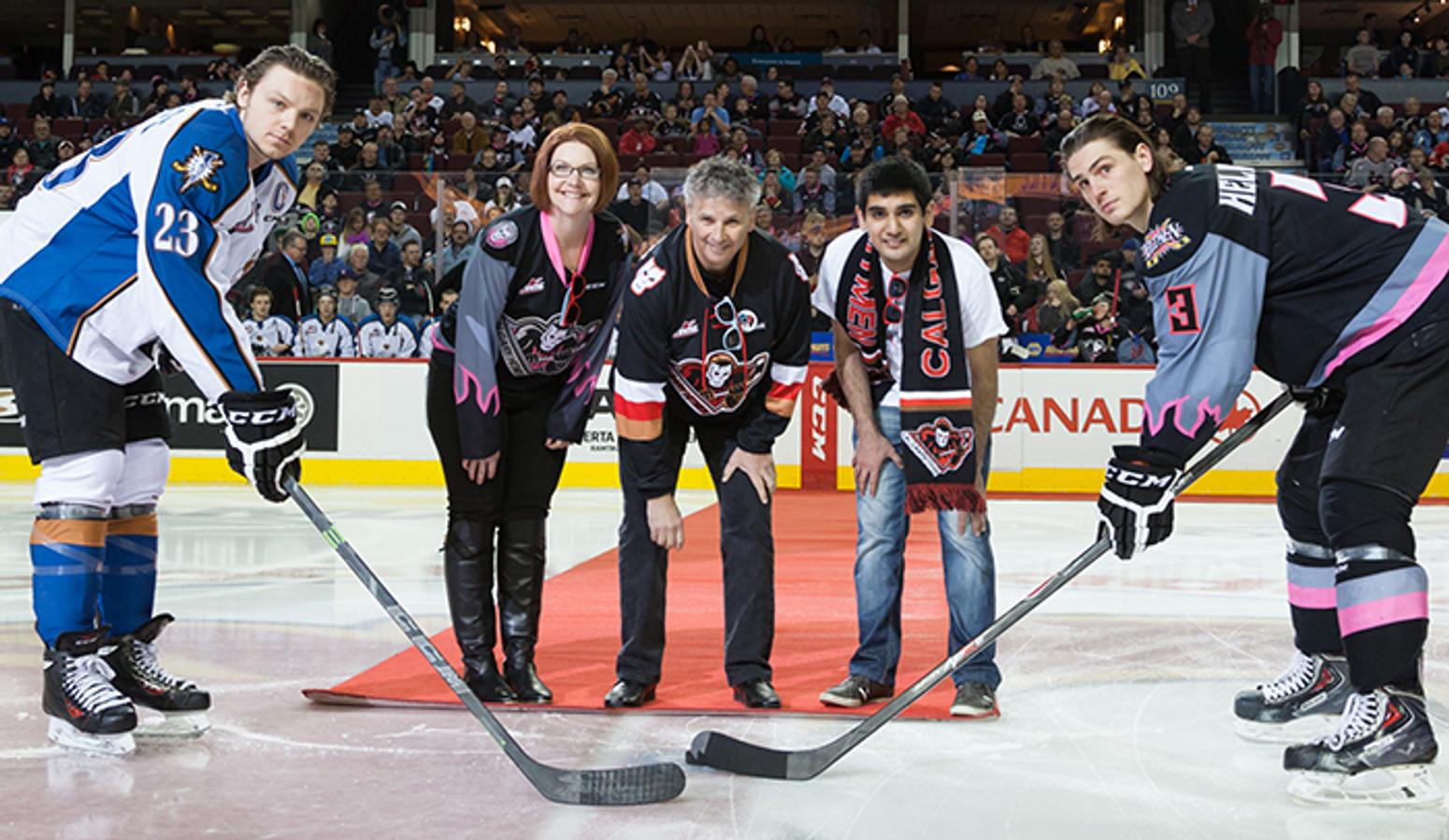 EllisDon is always looking to build new relationships and retain relationships in our local communities we build in. We look to provide support to our children and youth in our communities to help them manage difficult personal issues so that they can be positioned to have the opportunity to thrive and learn to meet their potential, because after all we understand that the youth are our future and will grow to be the future leaders of our local communities.We understand that being a teen can be tough and with more independence, questions, concerns and responsibilities than ever before too, sometimes our youth just need someone to listen and talk to. With the ConnecTeen program, youth can be connected directly with a peer who understands their unique perspective and can help talk through their problems, 24 hours a day, 365 days a year.When our former Calgary Area Manager, EllisDon Senior Vice President, Vince Davoli heard about this program, he quickly stepped in to participate in supporting it through donations and promotional support. As Vince Davoli reminds us, "This community is our home. We're a close knit group and we value the open communication that we've developed over the years. Many of us are personally invested in this community. We're involved in charity work and believe in the value of giving back to the community where we work and live". Supporting the ConnecTeen program was and still is a great contribution to this adage. EllisDon has been a part of this fundraising event for ConnecTeen for eight years now, and Jeff Fox, Vice President & Calgary Area Manager now leads the Calgary area in continuing our support for the program.The most recent ConnecTeen charity event, took place on March 12 of this year. The event involved EllisDon attending the Calgary Hitmen game, where a portion of each ticket sold to attend the Hitmen game is donated to the ConnecTeen program and where EllisDon presents a cheque to program volunteers as a donation to the ConnecTeen program.This year, our Vice President and Calgary Area Manager, Jeff Fox presented the cheque in the amount of $10,000. EllisDon has donated $10,000 to the program every year, for the past eight years. The event this year was a hit as always, with approximately 100 EllisDon employees and their family members attending.In addition to providing a donation and supporting the Calgary Hitmen fundraising event, one of EllisDon Calgary Area’s leaders also presents the EllisDon Humanitarian Award during an on-ice ceremony before the game. This year, Patti Stebbe, our Vice President of Special Projects will be presenting the award on March 18. The EllisDon Humanitarian Award goes to a Hitmen player who has exemplified community support by volunteering and/or promoting local charities. This year, Patti Stebbe, our Vice President of Special Projects will be presenting the award at a Hitmen game, on March 18.In addition to this program, EllisDon has contributed to various other charities and local organizations within the Calgary community and all across Canada.