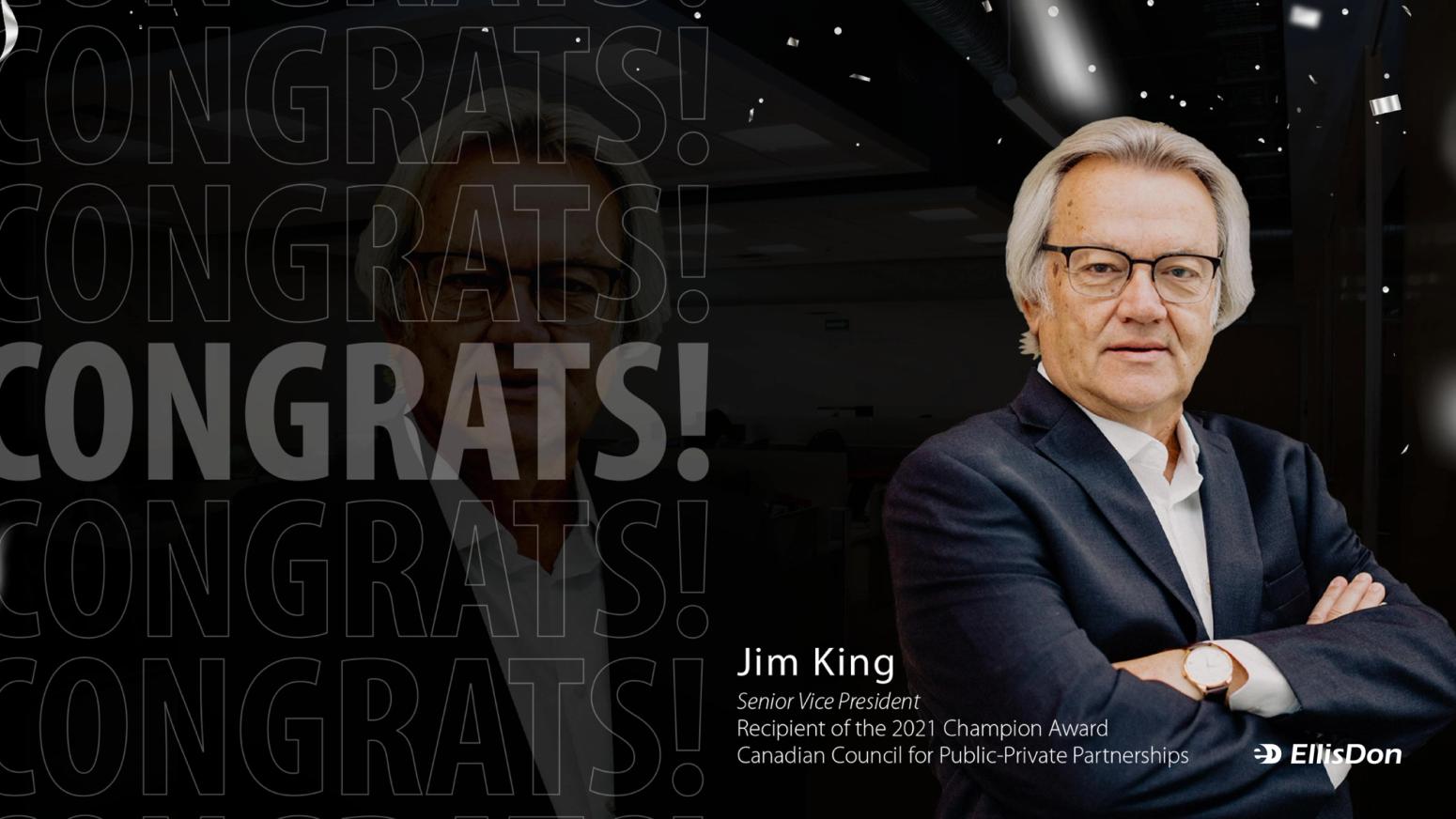 Jim King, Senior Vice President and founder of EllisDon Capital is the recipient of the 2021 P3 Champion Award, presented by The Canadian Council for Public-Private Partnerships (CCPPP) at the 29th annual conference.The Champion Award is presented by the CCPPP to individuals who have made an outstanding contribution to P3s in Canada. The awards committee noted King was a pioneer who helped pave the way for greater acceptance and innovation of the ‘made-in-Canada’ version of the public-private partnership model. In particular, his approach had a tremendous impact on the way the first hospital P3s in Ontario were structured close to 20 years ago to deal with risk transfer and the private financing of public institutions.

Jim King joined EllisDon in 1983 as Corporate Treasurer and continued his career at EllisDon for the next 38 years.In 1989, Jim became Senior VP and CFO of the company. In 2000, he moved from the CFO position to establish a new EllisDon division and operating company called EllisDon Capital. EllisDon Capital was established for the sole purpose of providing comprehensive development services to the PPP/AFP infrastructure market. Jim was the first employee at EllisDon Capital and dedicated the majority of his time to not only growing EllisDon to be the market leader in PPP/AFP they are today but also educating others, such as project and industry partners on the PPP/AFP model.Throughout his career with EllisDon Capital, Jim was primarily a key member of the development and finance teams for all PPP pursuits, providing executive oversight to the project team and developing the financing solution. For many of EllisDon Capital’s successful pursuits, Jim took on the role as a consortium Board Member where he provided advice to the development team personnel on governance, performance monitoring, financing and commercial structuring issues.“Jim’s ability to be the ‘voice of reason’ in resolving commercial and financial negotiations with clients and lenders during the earliest days of the Canadian P3 model truly makes Jim one of the pioneers of P3’s in North America,” said Danny Giacomel, vice president of EllisDon Capital.To learn more about the CCPPP, click HERE.