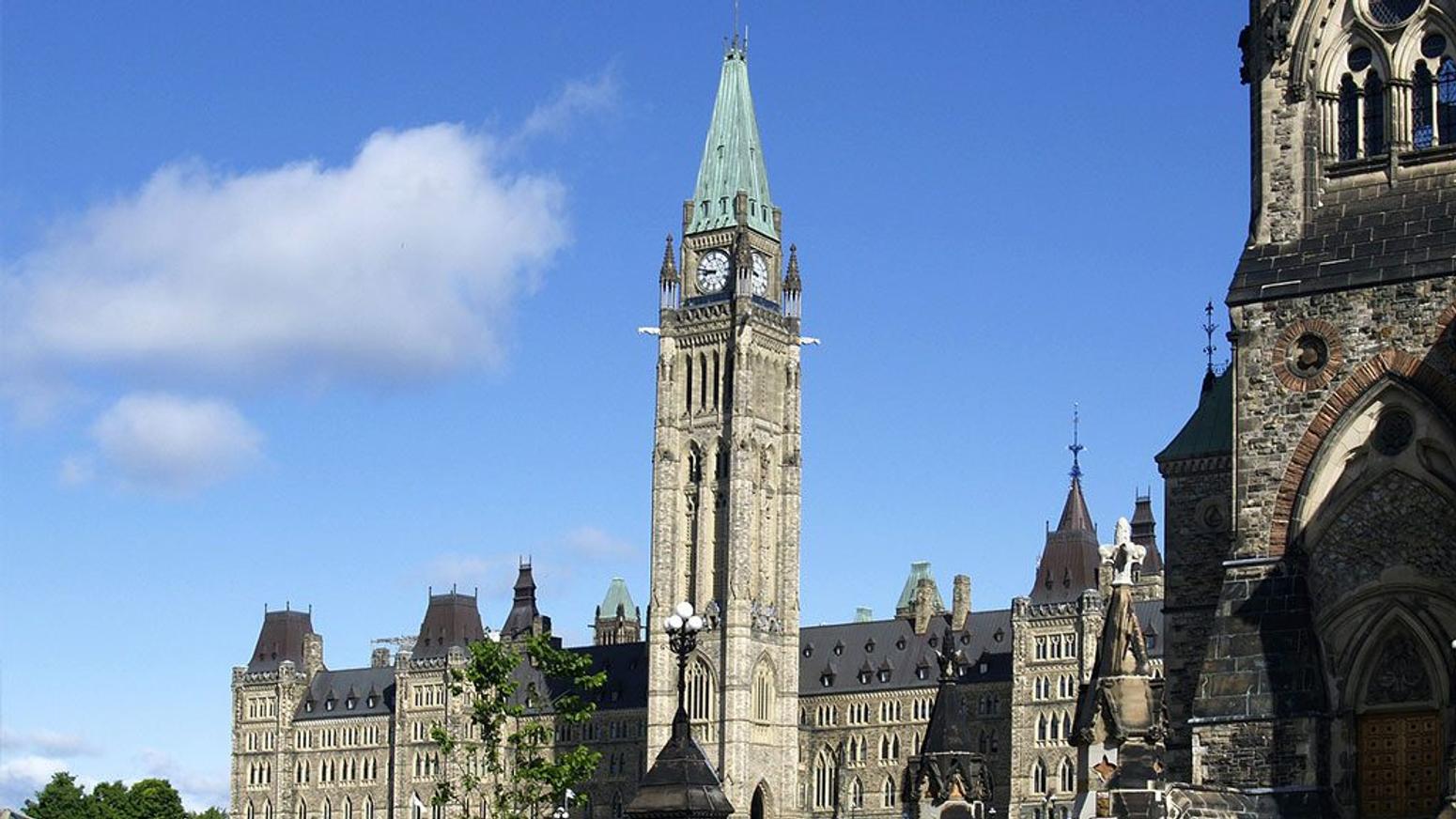 The rehabilitation underway of Parliament Hill’s most recognizable building, the century-old Centre Block, is expected to carry on for the better part of a decade as the Gothic Revival structure sees everything from seismic upgrading and asbestos removal to an overhaul of the mechanical/electrical systems and restoration of the masonry and stone exterior.Also on tap is construction of the extensive underground Parliament Welcome Centre, located 20 metres below grade, tying Centre Block into the east and west blocks to improve circulation throughout the parliamentary complex.The construction manager for the ambitious rehabilitation and restoration project is a joint venture with PCL and EllisDon.General foreman Jeremie Astles says the construction agenda, which commenced about a year ago, is not without its challenges.Co-ordinating the various trades, currently the site has more than 300 workers daily, is a good example. “You have to be good on your feet in terms of problem-solving,” he says.Among the major works now underway is upgrading the complex to meet modern seismic standards. “One of our big jobs is putting in some base isolation units in the foundation, a fairly innovative system,” he says.To complete the work, sections of the foundation are cut away to allow for the installation of tensioned rods and the base isolation units.“The building will actually be sitting on these base isolation units so if the ground moves (in an earthquake) the building will stay relatively still,” Astles points out.Seismic monitors will be required throughout Centre Block, inside and out, during the excavation of the welcome centre which will require extensive drilling and blasting through bedrock. The excavations contract has been awarded to Site Preparation Limited.Astles says “a very large scope” of PCL-EllisDon’s work is protection of the heritage assets such as architectural features and statuary. While many elements are being removed and stored, other features such as hallway wainscoting are framed under protective fire-rated hoarding.Plexiglas windows built into hoarding allow the team to monitor original elements throughout the reconstruction process.Most floors are protected with a lightweight and easy to clean rigid board that can simply be taped into place.Where construction traffic is heavy the floor is protected with three-quarter-inch plywood, he points out.Inflector Environmental Services has been awarded initial contracts for asbestos remediation which is currently being done on levels 4 to 6 of Centre Block. Air quality tests are required before the containment can be removed, says Astles, noting it has proven to be “a very clean system for everybody outside the containment.”While the complete scope of masonry work hasn’t been finalized, the general foreman says RJW-Stonemasons Inc. has started to remove stonework porches.“All (stonework) is labelled, shipped off site” and identified for reuse, he explains.Astles says the idea is to save as much of the stonework as possible on the heritage building, even if repairs are required.“They might have to take a small section of stone that is corroded or damaged and fuse or weld a stone piece (Dutchman repair) to blend into it,” he states. “All the material will be marked, labelled, inventoried, shipped off site and stored.”Large sections of the exterior of Centre Block will be scaffolded during the masonry work.Astles says ICI sector work rarely involves wood framing, but for Centre Block the carpenters on the project — from Carpenters’ Union Local 93 in Ottawa — built a 40-foot-by-450-foot wood framed construction site office for the contractors and consultants. They also did the interior millwork, including custom cabinetry.Construction at Centre Block has continued throughout the coronavirus pandemic, largely because PCL/EllisDon put a high priority on health and safety from the outset, he says. The site has close to an additional 50 hand-washing stations and extra washroom trailers.Anyone entering the site is screened with a series of questions and a thermal imaging scan.The construction companies have also divided the large site into three contained construction zones to eliminate workers moving from one area into another and anyone onsite must wear a face mask at all times.“We still have the conversation about COVID-19 every week with the workers to give them updates. It is all about educating the workers,” says Astles.For the full article, click HERE.