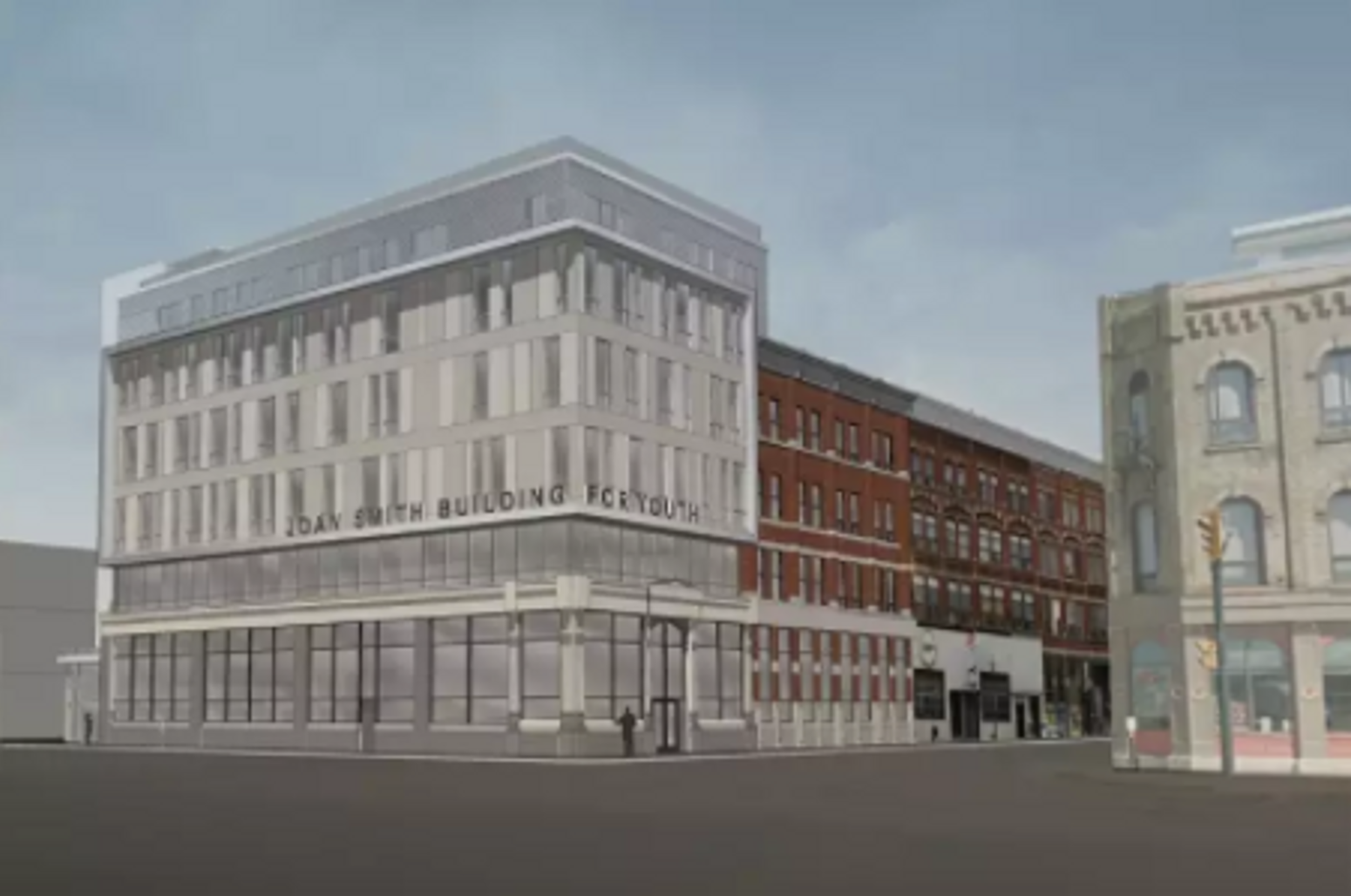 Article courtesy of Hank Daniszewski of the London Free Press. Read the full article HERE.Joan Smith knew a thing or two about the challenges of motherhood.She and husband Don managed to raise seven kids while she served for two decades in municipal and provincial government including a stint as Ontario’s first female solicitor general.Now her family has donated $1 million in her memory to help create a new home for pregnant teens and young moms and their babies.The donation for a project now named the Joan Smith Building for Youth was announced Tuesday by Youth Opportunities Unlimited (YOU).YOU is raising funds to build the $15-million facility at York and Richmond streets, across from their Cornerstone headquarters.Smith died last February at age 88, three years after her husband, Don, who turned his construction company EllisDon into a a global construction giant.Smith’s daughter, Lynne Cram, said the project is an ideal fit to honour their mother’s social justice legacy which included philanthropy and volunteer work for a number of charities and social agencies.“From an early age, she recognized her own good fortune, and made a commitment to helping the most vulnerable in this province, in particular women and children. She would be proud to see us support a centre that will carry on her legacy.”In her term as solicitor general, Smith steered legislation to ban discrimination against gays and appointed a task force on police conduct that led to the establishment of the Special Investigations Unit.Cram said growing up in a family with a busy mom and seven kids was “chaotic but fun.”One of Smith’s most noted accomplishments was raising the financing to establish Vanier Children’s Services in London for children and youth with emotional and behavioural issues.Cram said her mother wrote the business plan for Vanier back in 1964 when she in hospital after the birth of her seventh child.YOU executive director Steve Cordes said Joan Smith building will provide safe, affordable homes and act as an integrated program hub focused on physical and mental health, employment, education, and training.Cordes said the Smith family’s gift is the largest cash donation in YOU’s 35-year historyThe complex will have 40 residential units, 36 of them newly built and four of them renovated.Until 2008, part of the site was occupied by GT’s bar and lounge, followed by a series of other bars, but the property has largely been vacant the last eight years.A five-storey building will go up at 331 Richmond and an existing four-storey building at 333 Richmond will be renovated extensively.