Something Old, Something New on King Blue Project 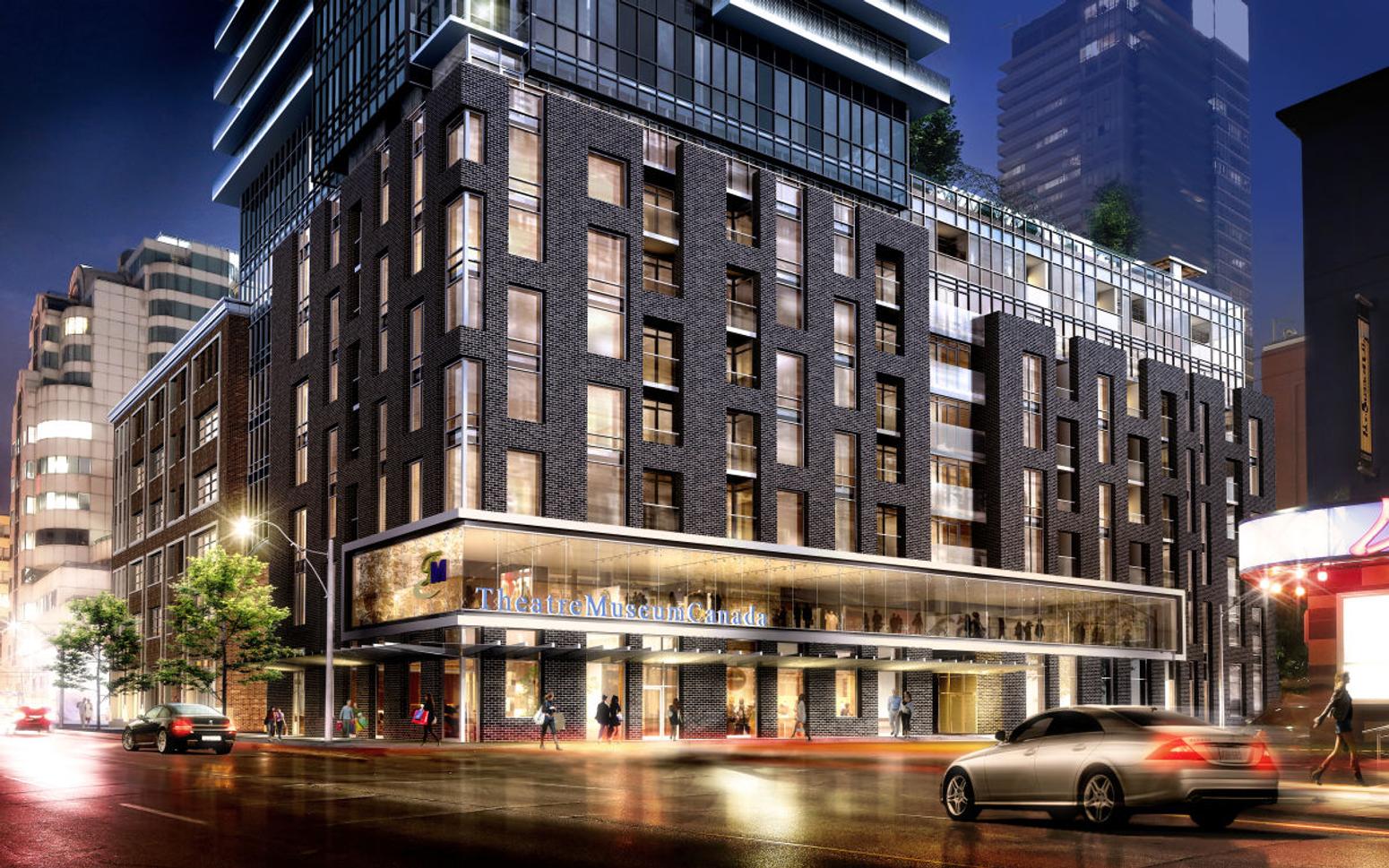 Article courtesy of Dan O'Reilly for the Daily Commercial News

New construction, extensive demolition, and the carefully sequenced preservation of what may be the highest masonry façade retention in Canada are the hallmarks of a major mixed use redevelopment on King Street in Toronto’s entertainment district.Designed by IBI Group and overseen by construction manager EllisDon for the Greenland Group, the King Blue Condominium project includes the construction of two condominium towers (48 and 44 storeys) and an eight-storey podium with a five-level underground garage on the site of the former Canadian Westinghouse building.Construction started in October 2015 and will continue until 2019.While the historic structure was demolished two years ago, the developer has acknowledged the site’s history by preserving the original façade along King Street and the adjacent Blue Jays Way side street and incorporating it into the podium structure.The six-storey 23-metre-high heritage wall extends 30 metres along King Street and 32 metres on Blue Jays Way.“To our knowledge it is the tallest façade retention in Canada to date,” says Paul Ast, principal with Jablonsky AST and Partners.The Toronto structural consultant designed an exterior streel truss bracing system which supported the façade while demolition of the building and the subsequent excavation of a five-storey underground parking garage were being conducted.Erected by Pengelly Iron Steel during the first three months of 2016, the trusses rested on grade beams which, in turn, were supported by micropiles. This allowed the existing footings to be fully removed during the excavation of the underground garage, says structural designer Henry Song.Micropiles were used instead of the preferred options of caissons because of the high congestion of utility lines in the area, he says.After the micropiles, grade beams and steel trusses were in place, the heritage wall was restrained at each level by steel members penetrating the windows tied to longitudinal members that “clamped” the wall. Wood block shimming was used to allow for thermal movement without damaging it, says Song.As King Street is a very busy street with streetcar tracks running right in front of the site, the crane lifts had to be carefully planned. Approximately 220,000 kilograms of steel were lifted into place with no disruption to the transit system, says EllisDon project manager Neil Christian.Abatement and interior demolition of the historic building by Quantum Murray had commenced the previous October, and once the façade support system was in place, the contractor was able to proceed with the remaining demolition and saw cutting of the Westinghouse building, says Christian, who estimates the volume of the demolished area at about 60,000 square feet (5,574 square metres). 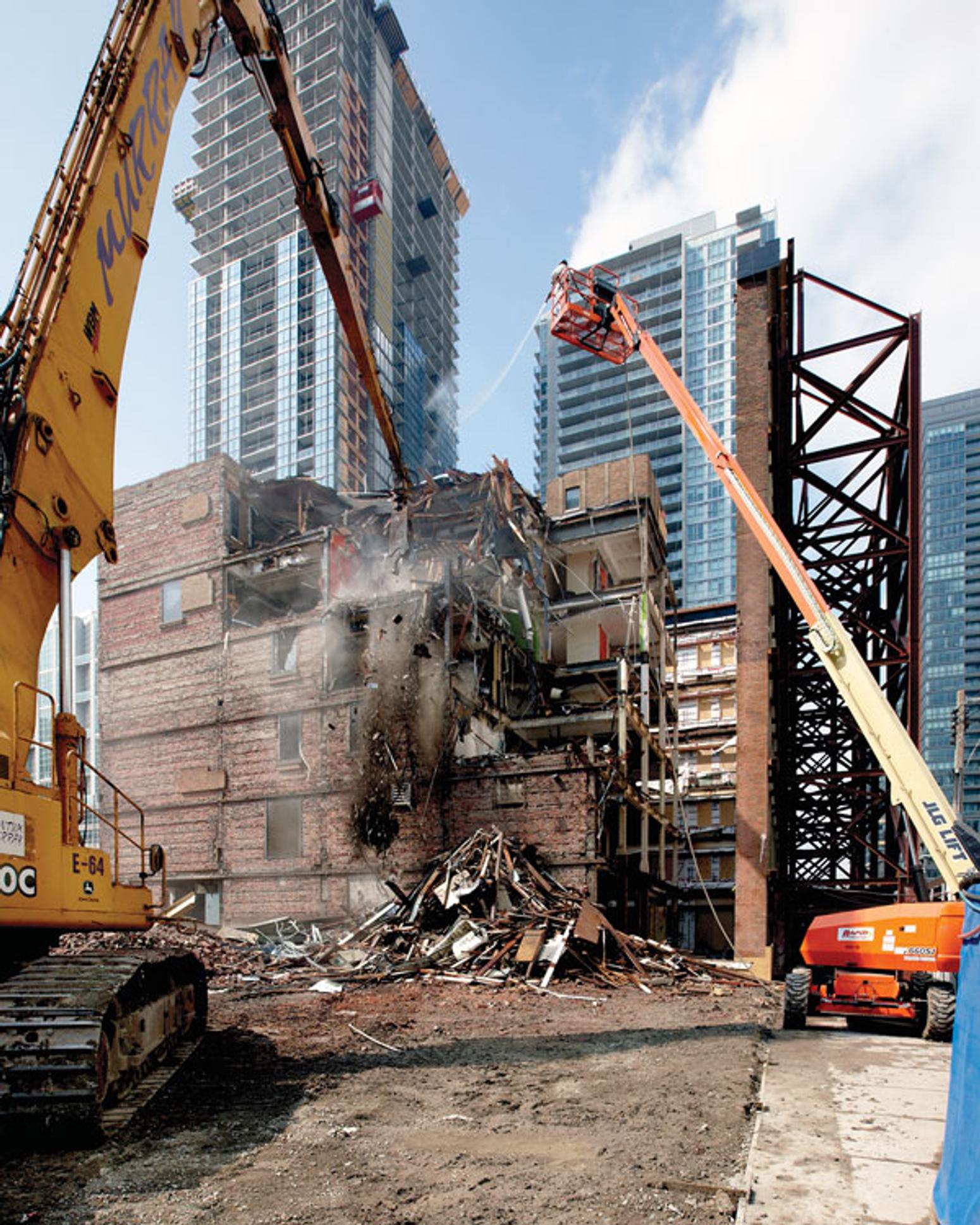 After the demolition was completed in June 2016, the next phase was the excavation and construction of the garage — which reached grade level by June 2017. That was followed by the construction of the podium.“The slabs were tied into the heritage wall beginning at the first suspended level.”By last November the construction of the podium had reached the stage where the steel trusses along Blue Jays Way could be taken down, with the ones on King Street removed at the end of March, says Christian.Preserving the heritage façade, which “floated” over the garage excavation, and then reconnecting it to the podium has been the most challenging phase of the entire project, he says.Now fully tied into the podium, the non-bearing heritage wall has the ability to independently expand and contract which helps preserve its integrity and appearance, says Jablonsky AST’s Henry Song. 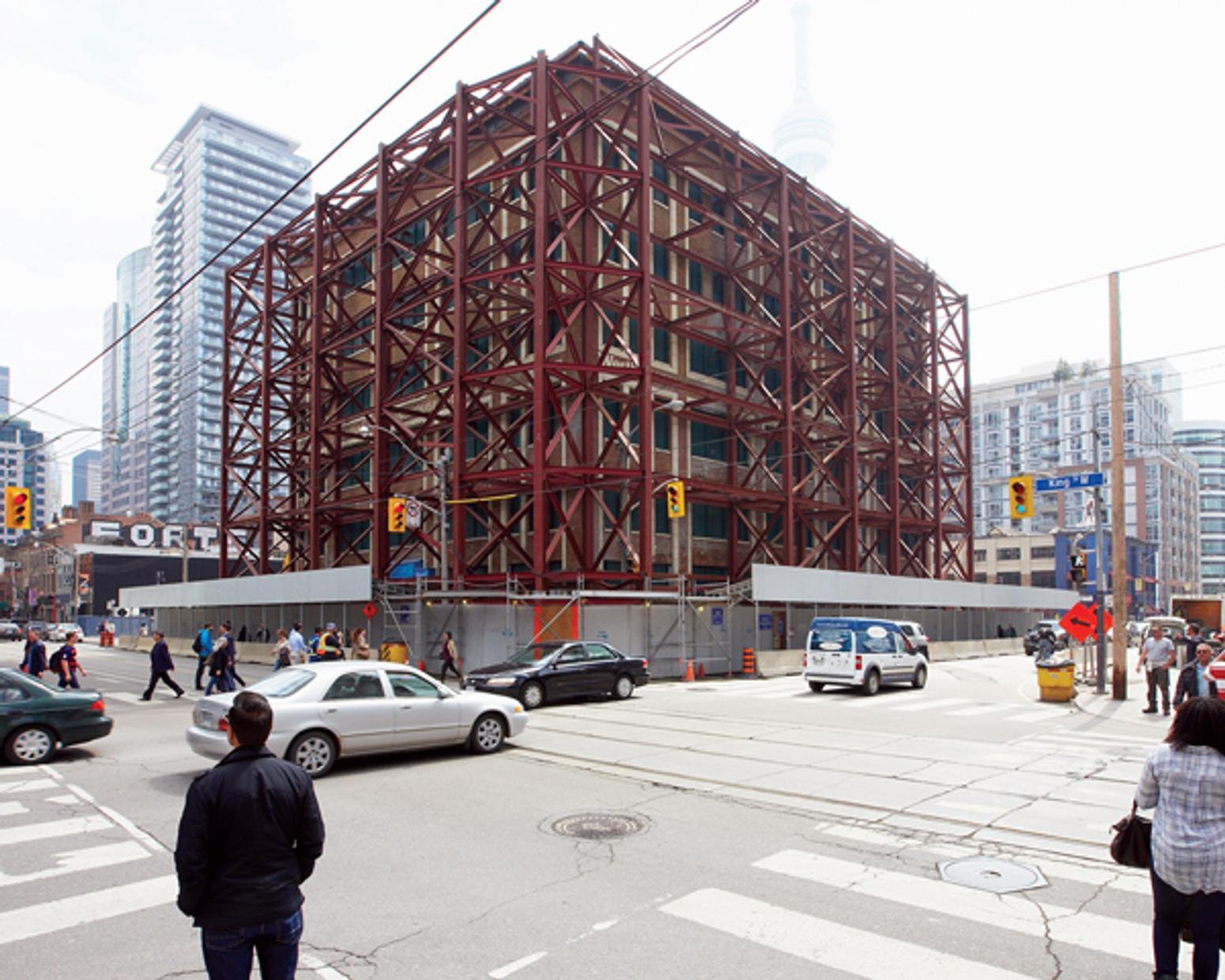 At the same, considerable restoration by Clifford Restoration still has to be undertaken, says Annabel Vaughan, project manager with E.R.A Architects, the heritage consultant.Included in that inventory will be the restoration of key brick pieces and the front door entrance on King Street, plus the installation of heritage-style windows.“That (the restoration) is just in its baby steps.”Constructed in the 1930s, the Canadian Westinghouse building served as the company’s corporate headquarters and helped it branch out into other geographic areas. The actual manufacturing was done at a Hamilton, Ont. plant, says Vaughan.