Transit Project Gives Nearby Trees a New Lease on Life 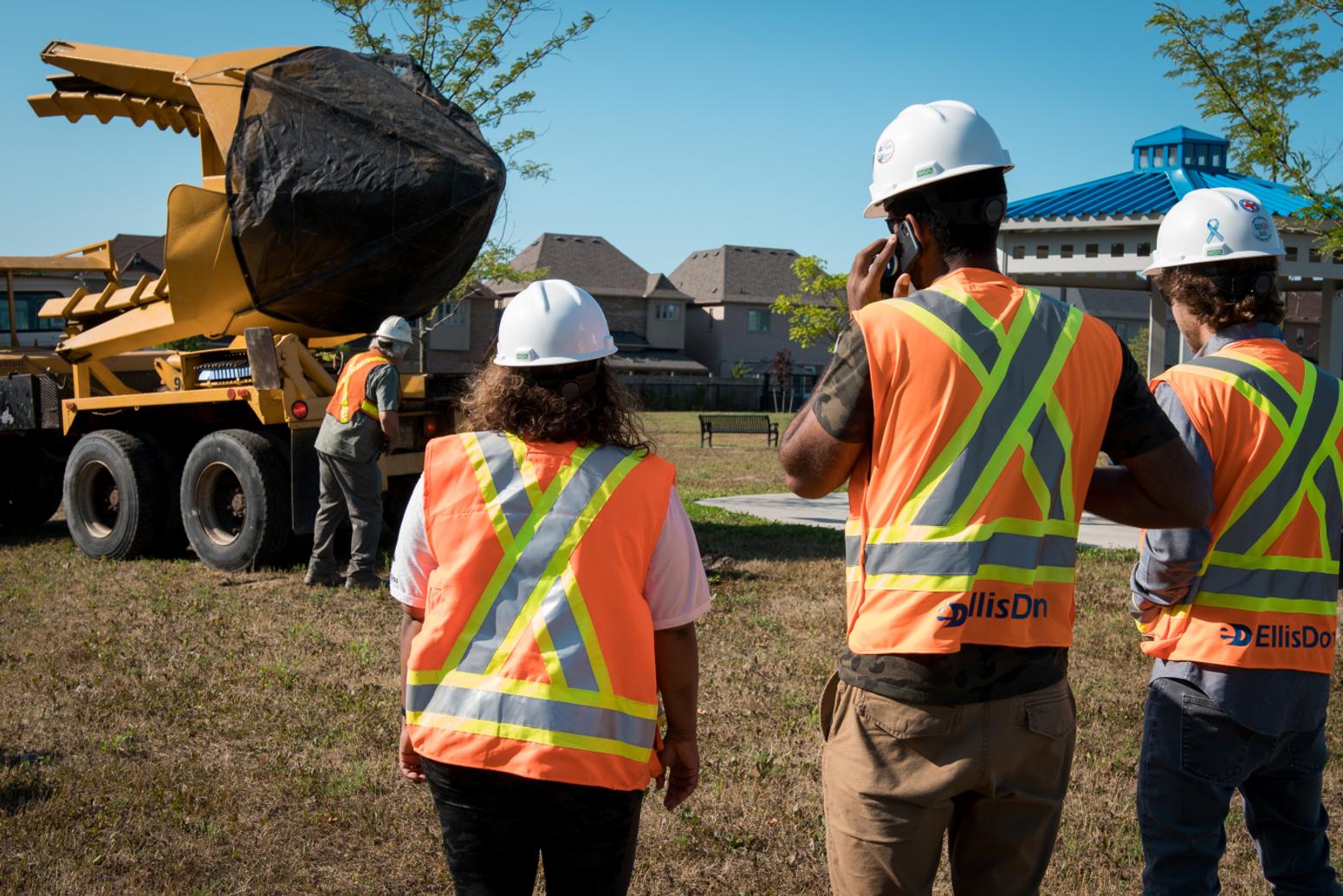 Article and photos by Nick Faieta for Metrolinx

Tree cover and transit are some of the most important aspects of any city. They make communities livable and vibrant.But sometimes building transit can get messy, disturbing greenspaces in the construction process. That’s why Metrolinx is working with its contractors and the City of Vaughan to build transit while preserving the nearby flora and fauna.EllisDon Infrastructure Transit, the contractor building the new and improved Rutherford GO Station, arranged to move 16 trees away from the construction zone and into two parks in the City of Vaughan. The work was performed on August 9, and was a huge success.The trees had to be moved: they’re perfectly healthy, but they wouldn’t stay that way for much longer. 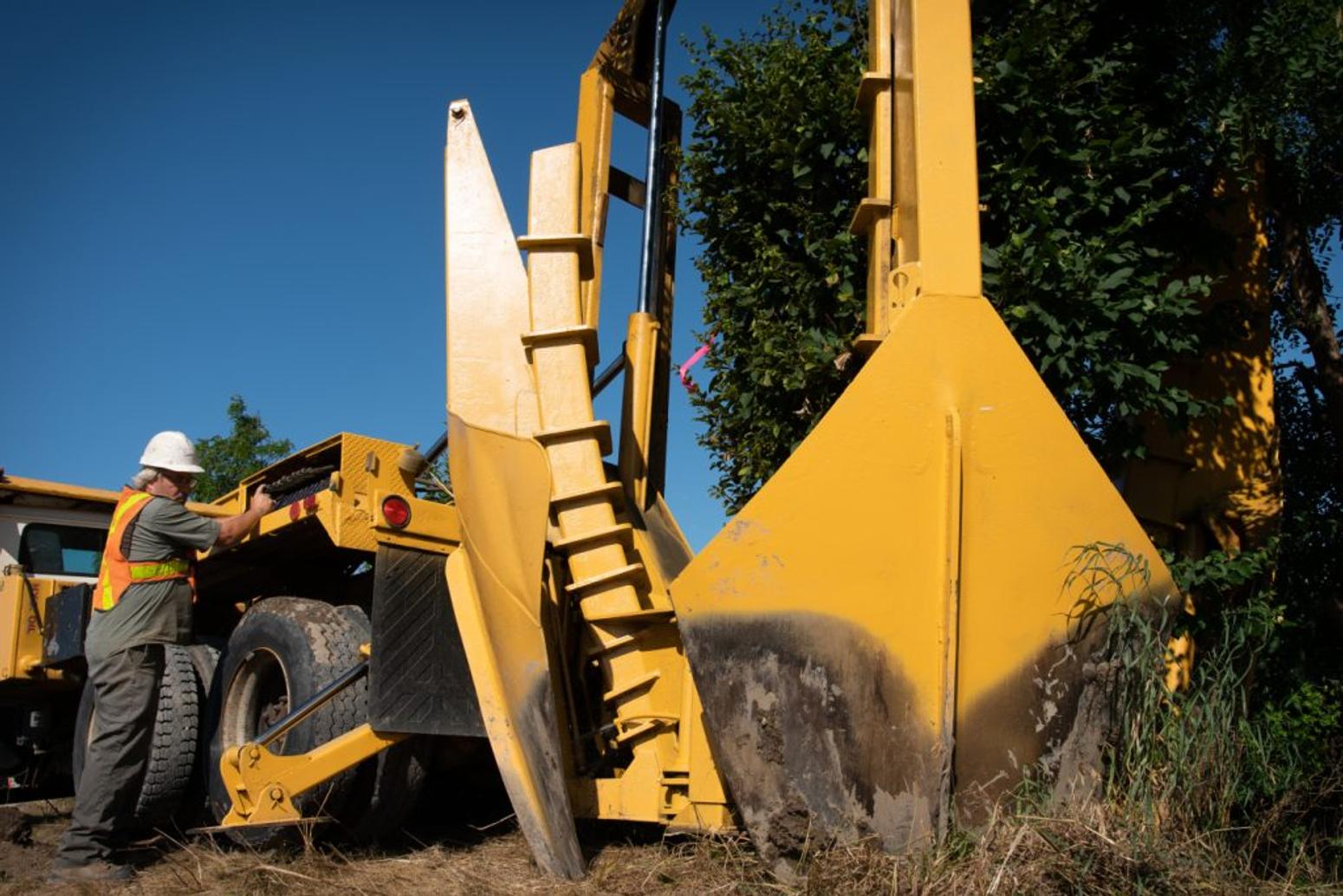 They were living in what’s going to be a construction zone, on the north side of Rutherford Road just east of the GO rail corridor. EllisDon is preparing to start construction there on a grade separation, lowering Rutherford Road underneath the rail corridor so that cars won’t have to wait at the crossing as trains pass. That construction would have damaged the trees to the point where they’d likely not survive.“We completely understand that construction, especially on this scale, can have impacts on the community. We want to show the community that we’re good neighbours,” said Zafira Rehmtulla, project coordinator with EllisDon. “We had an arborist go around and determine which trees could be protected and hoarded during construction, and others that had to be removed.” 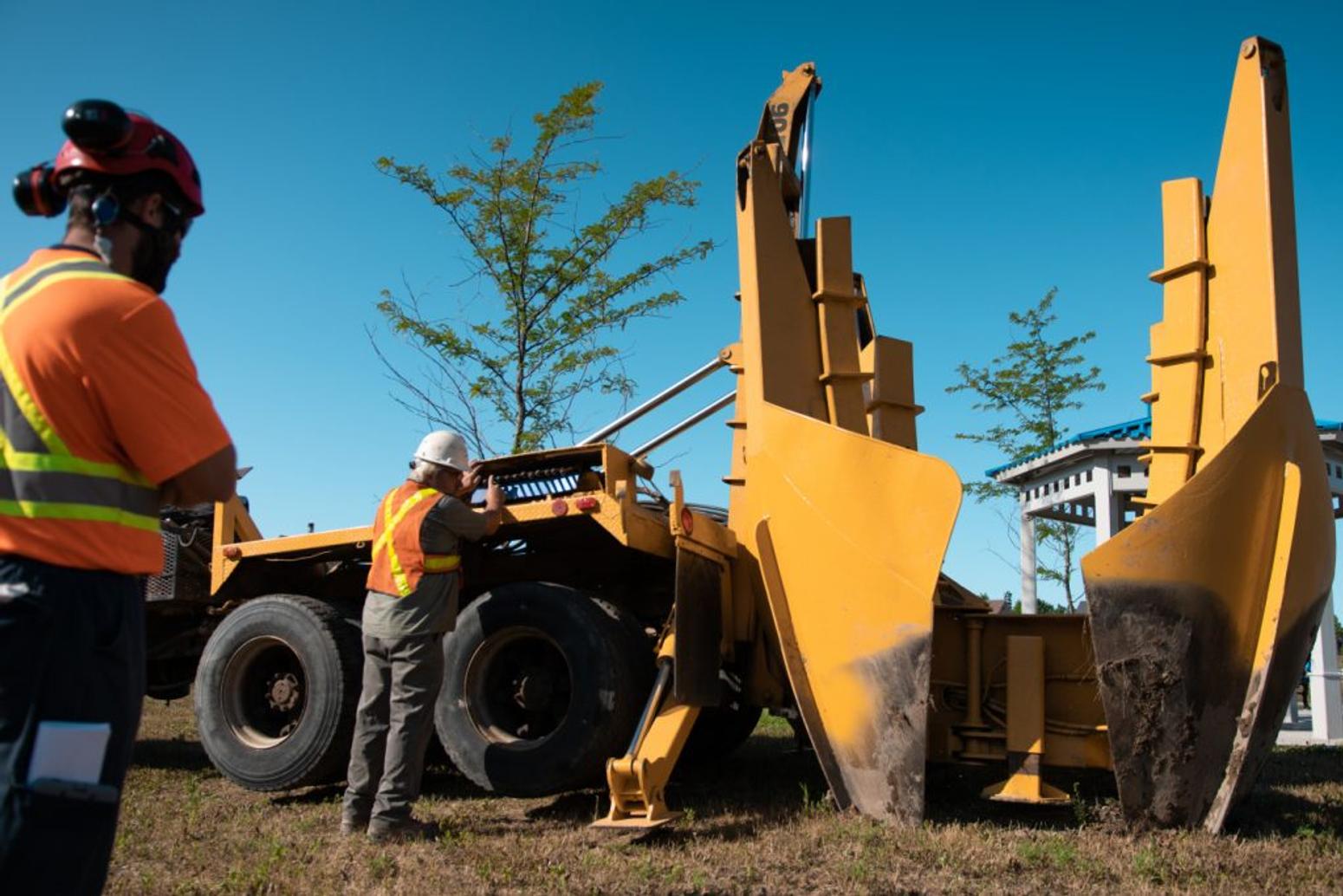 EllisDon and Metrolinx worked out a deal with the City of Vaughan’s Forestry department where EllisDon hired a specialized contractor to remove the trees with a heavy machine called a tree spade and replant them safely somewhere they can live out the remaining 80 or so years of their lives in peace and leafy tranquility.“The trees are terrific, they’re perfectly healthy, perfectly saveable, and the [community] impact is huge,” said Peter Harper, forestry coordinator with the City of Vaughan. “It’s remarkable that we have Metrolinx, EllisDon, York Region, and the City of Vaughan all involved in this high-impact job.”The process of how it’s done is actually pretty cool. It takes careful planning and near flawless execution.For the full article click HERE