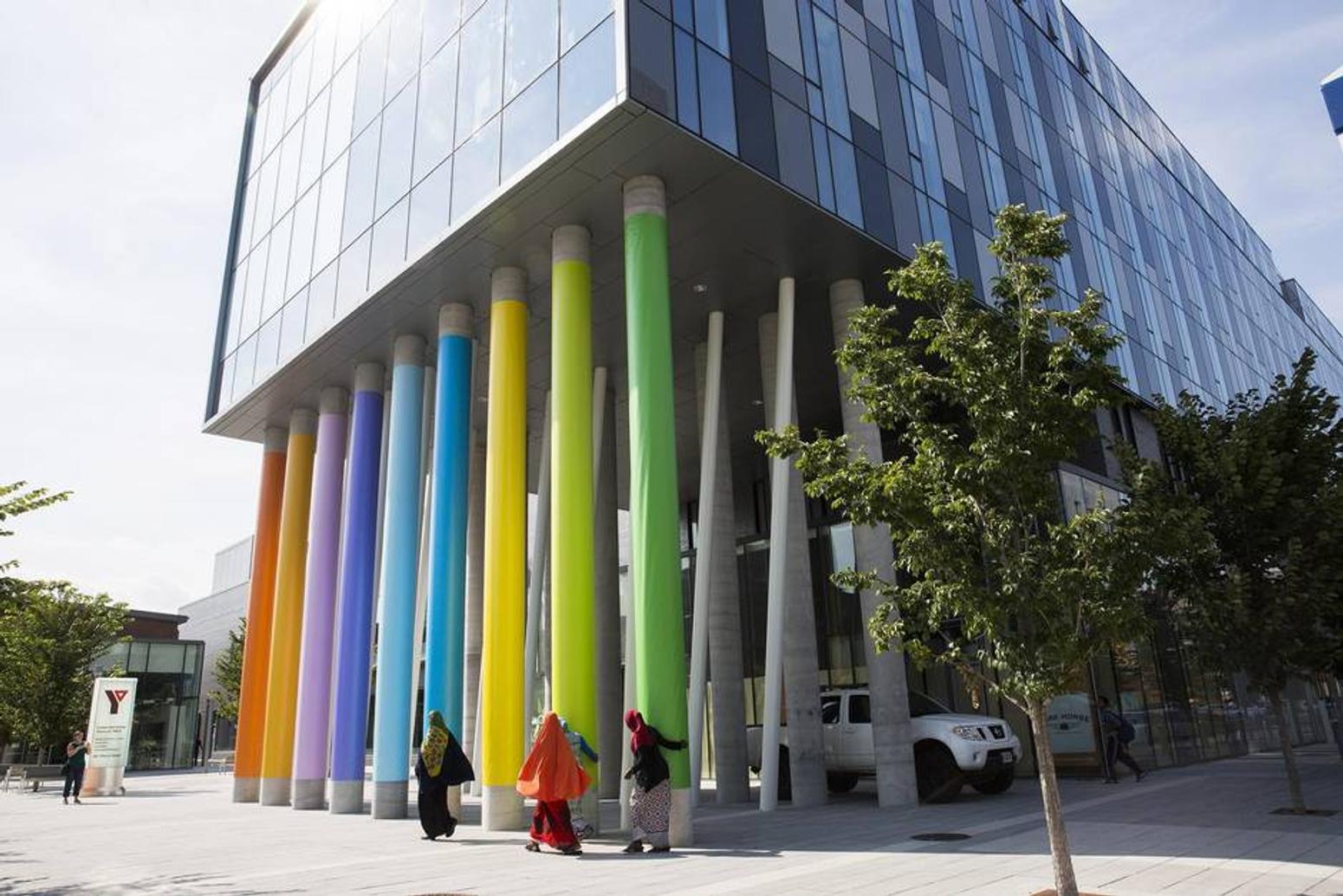 Article by: Paul Attfield for The Globe and Mail

From the brand-new aquatics centre in Scarborough to the world-class cycling velodrome in Milton, the legacy of the 2015 Pan Am and Parapan Am Games can be seen right across the Greater Toronto Area.Chief among the beneficiaries, though, is Toronto’s George Brown College, which gained its first student residence in the process. This was the culmination of a long journey to add what so many other postsecondary educational establishments take for granted.While the Pam Am athletes village in the city core’s east end was purpose-built to be converted into condominiums following the conclusion of the sporting spectacle, one of those buildings, which housed the United States squad during the Games, was earmarked to accommodate George Brown students.After an eight-month period of conversion by construction company Ellis Don, George Brown took over the building last April, finally welcoming its first intake of about 500 students last fall. With a school enrolment of more than 32,000 full- and part-time students, as well as apprentices, George Brown is already hoping to add more residences in the future, but knows the importance of gaining just one.Read the full article HERE