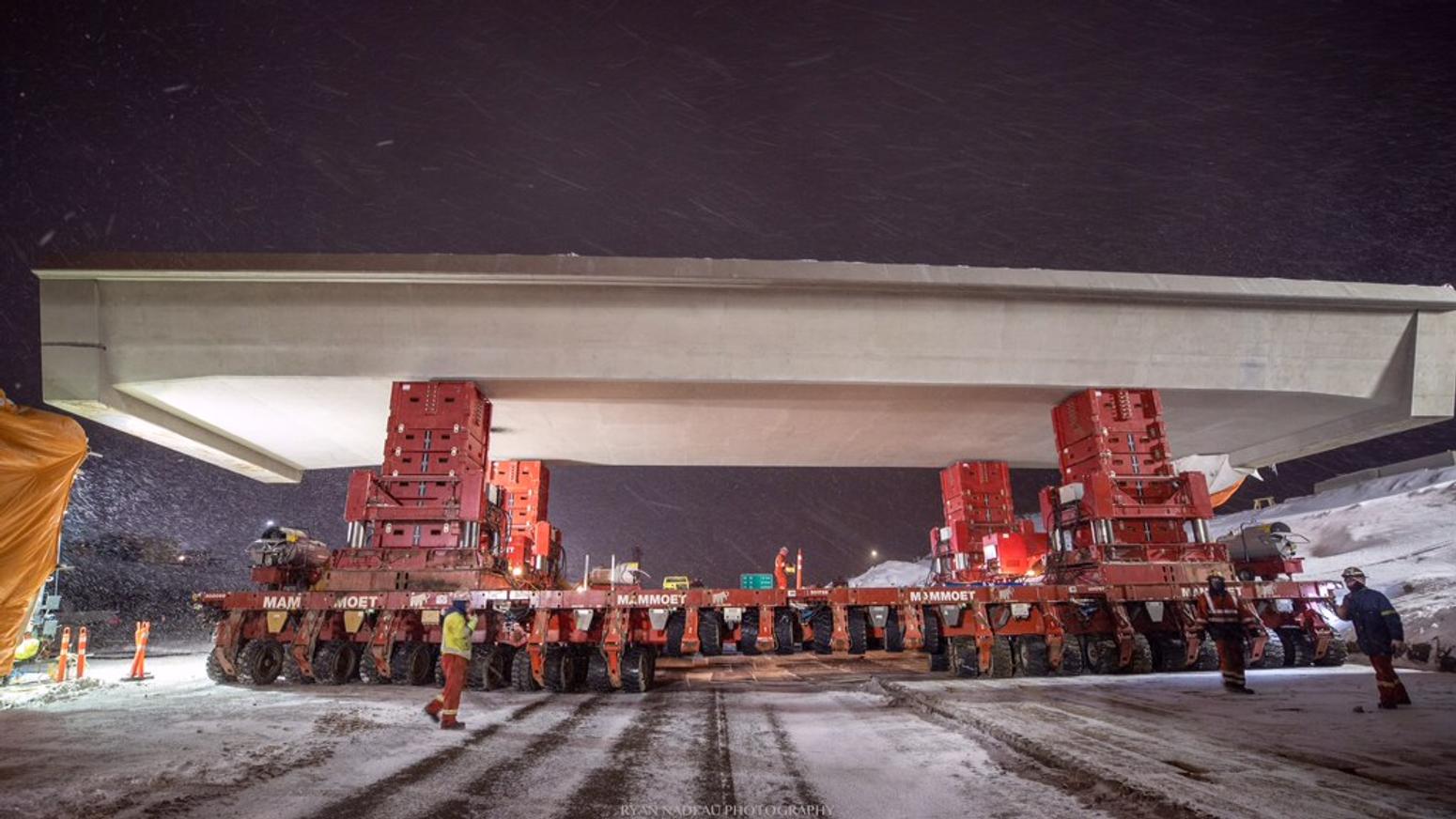 Article by Trevor Robb for the Edmonton JournalConstruction on the southeast leg of the Valley Line LRT took one giant leap forward Friday.In the dark, blistering cold, the first concrete span for the Whitemud LRT Bridge was installed overnight alongside the existing bridge on 75 Street in Mill Woods. Using a multi-axle Mammoet’s Self-Propelled Modular Trailers (SPMTs), crews began installing the span at 11:00 p.m. Friday and wrapped things up by 2:30 a.m. Saturday. A second span will be installed Saturday night.The two spans, along with two smaller pedestrian bridge spans, will make up the bridge which will carry Valley Line Light Rail Vehicles (LRVs) along 66/75 Street to and from Mill Woods. Each span weighs almost 600 tons and are more than 32 metres in length. 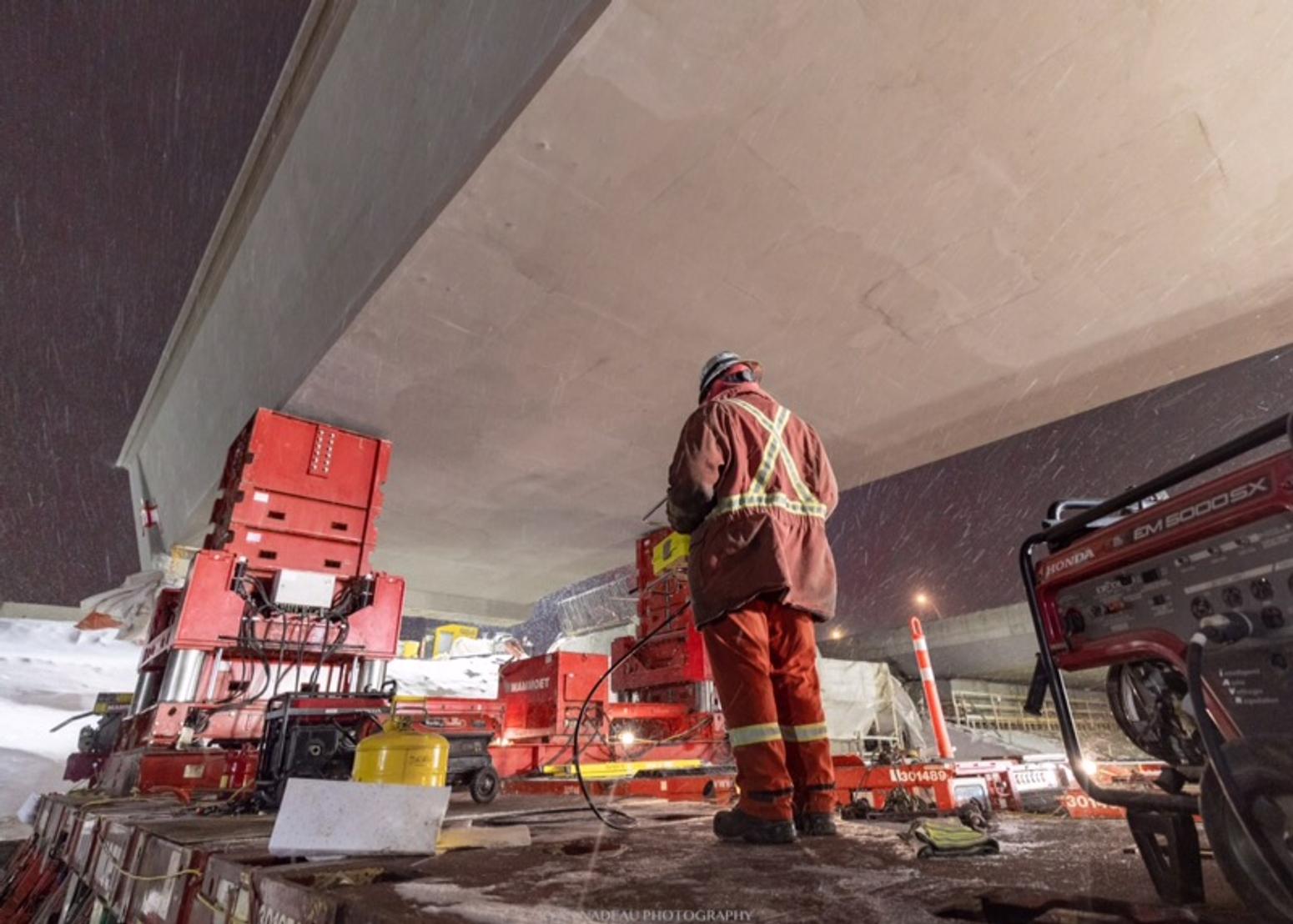 Installation of the span required more than a dozen operators and technicians on scene to closely monitor the situation as crews used a hydraulic jacking system to elevate the span to the correct height and then lower it into position.“Obviously, when we start to do bigger spans and we see more completion it’s a big deal,” said TransEd spokesman Dean Heuman.So far, nine elevated spans have been installed as part of the LRT project. According to TransEd, the first concrete span was installed at the Davies Station site on Dec. 17, 2018, and six more have been placed in the area over the past several weeks. 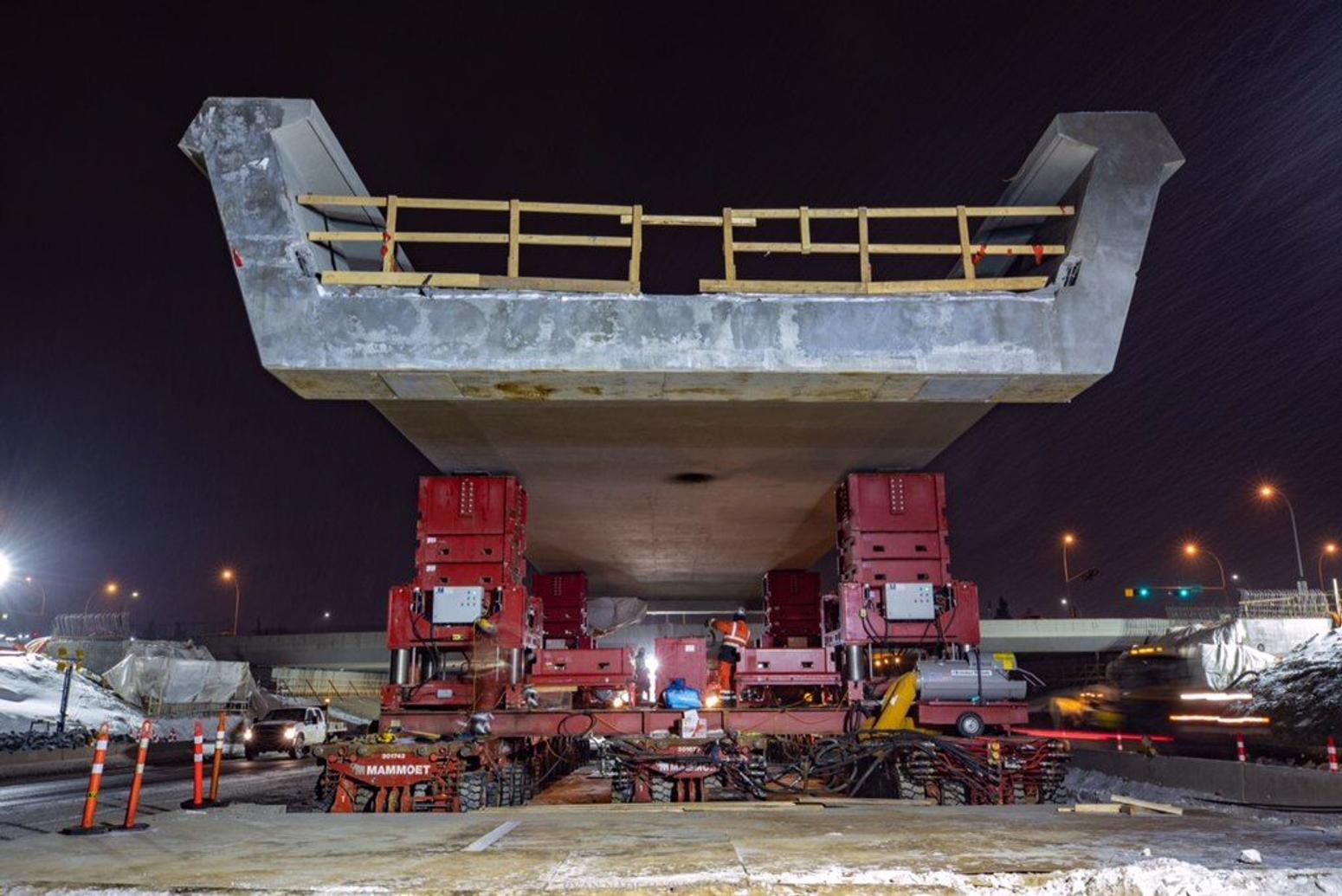 In total, the project requires 45 elevated spans, most of which will be installed to accommodate the Davies elevated platform as well as near the Muttart Conservatory leading up to the Tawatinâ Bridge over the North Saskatchewan River.In March, crews will install the next elevated span across 75 Street.Read the full story HERE 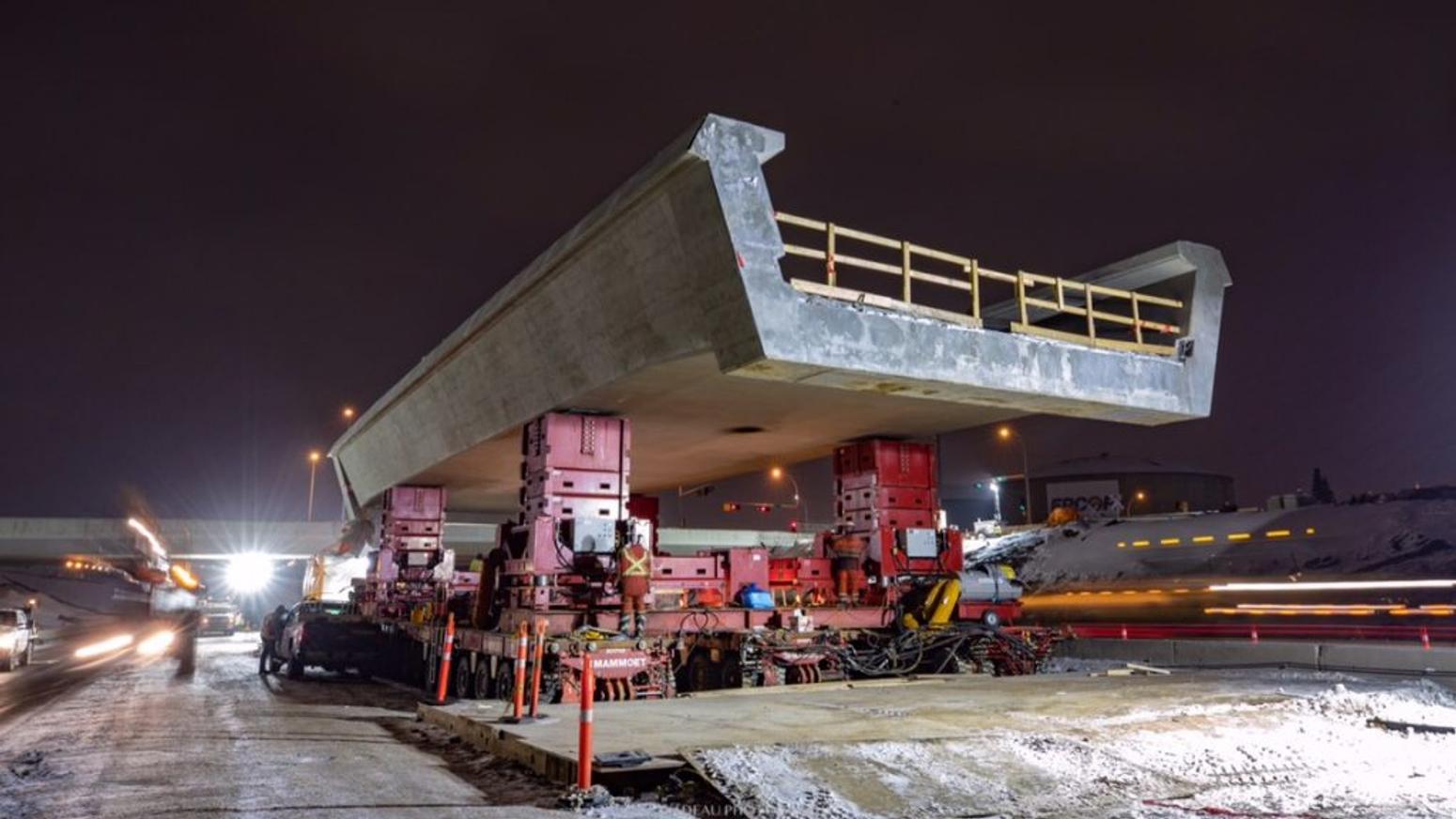